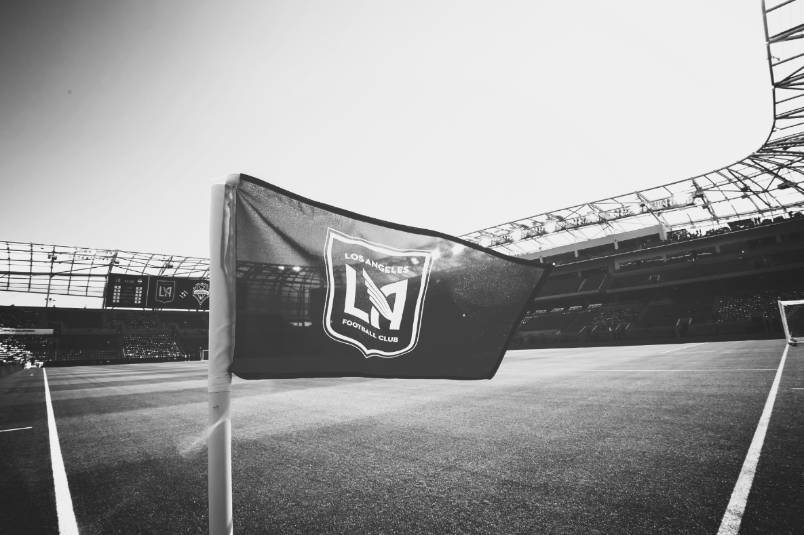 By Luis Bueno – RIVERSIDE, CA (Apr 22, 2020) US Soccer Players – Life in a COVID-19 world is constantly changing. The global pandemic has brought the planet to a grinding halt and, with it, sports. Short of war, the sports world has typically been immune to what ails the world faces. This novel coronavirus, though, has forced the world to change its script. Schools and businesses have shut down. Scores of people are either working from home or not at all. Sports to have felt the blow as all major American sports, including MLS, are not playing games right now.

Social distancing and staying home are routine now. Sports is a glaring omission of this new normal. The thought that sports can be part of this may seem unrealistic, but it may yet find its place.

MLS has extended its pause until June 10, the league announced a week ago. While there are no public plans to take drastic steps to play the season, rumors have swirled around Major League Baseball quarantining its teams and playing in empty stadiums in Arizona and Florida. Anything to have some sort of season. Whether or not that happens remains to be seen, but at least part of that seems to be what MLS teams will face if and when the league resumes play. Once MLS resumes, stadiums could be empty.

“I cannot see a return this year to what we consider normal,” Dr. Tony Fauci told the YES Network. “There would have to be some degree of [social distancing]. It could be as stringent as only television.”

Dr. Fauci, the nation’s top infectious disease expert, answered questions about baseball’s situation specifically, but it applies to all sports. Attendance at sporting events would be the same for all the nation’s top leagues. One league would not play before fans while another plays in empty stadiums.

While government officials and health care professionals battle daily to try and slow the spread of the disease, MLS is left to come up with contingency plans. Part of those plans is undoubtedly empty stadiums. California governor Gavin Newsom all but shot down the possibility of sporting events in his state including fans.

“The prospect of mass gathering is negligible at best until we get to herd immunity and get to a vaccine,” he said at a press conference a week ago. “Large-scale events that bring in hundreds, thousands or tens of thousands of strangers across every conceivable difference – health and otherwise – is not in the cards based upon our current guidelines and current expectations.”

If sports leagues figure out a way to get around the social distancing rules and get the green light, likely from state and federal officials, to continue playing, that would mean empty stadiums. Imagine, Carlos Vela scoring a goal and shaking hands with his teammates while the only celebrations come from claps from the bench. O Javier “Chicharito” Hernández scoring his first LA Galaxy goal and celebrating by jogging back to the center circle for the kickoff.

Goal celebrations are, of course, part of the soccer culture. Players celebrate to play up to the crowd. There’s not much call for celebrations when there’s no one in the stands to appreciate them. Rare is the player who goes all in on a celebration during a closed-door scrimmage.

That the Galaxy and LAFC would play games in empty stadiums seems a bit ironic considering the city’s history with attendance and fans. The Galaxy’s first-ever game drew 69,225 fans, which for years stood as one of the highest-attended standalone games in league history, at least before Atlanta United joined the league in 2017. The most fans to watch an MLS game though was a game involving another LA team.

Chivas USA played the New England Revolution in 2006 as part of a doubleheader involving Barcelona and Chivas de Guadalajara. 92,516 fans filled the LA Coliseum that day. The next two games to fall in that category also involved LA teams. 92,216 came out to a Tampa Bay Mutiny vs LA Galaxy match at the Rose Bowl in 1996, the warm-up for USA vs Mexico. 88,816 went to the Coliseum in 2005 for Chivas USA vs the Galaxy, which was followed by Guadalajara vs Club America.

Such is the demand for soccer in Los Angeles that it is the only city to have had three MLS teams call home. Chivas USA joined the Galaxy 2005. While Chivas USA had its moments, the team folded after the 2014 season. The demand for soccer and an alternative to the Galaxy persisted. LAFC joined the league in 2018, building a stadium in the heart of downtown LA. Their tickets have been a hot item since the team joined Major League Soccer. The atmosphere at Banc of California Stadium is an experience by itself, let alone with the dominant team playing on the field in front of the supporters.

To think that Dignity Health Sports Park and Banc of California Stadium would sit empty while the Galaxy and LAFC played matches on the field is strange. Then again, so is this new reality without sports in person or on TV. Empty stadiums might present a brand of soccer without as much passion and emotion, but that is far better than no soccer at all.