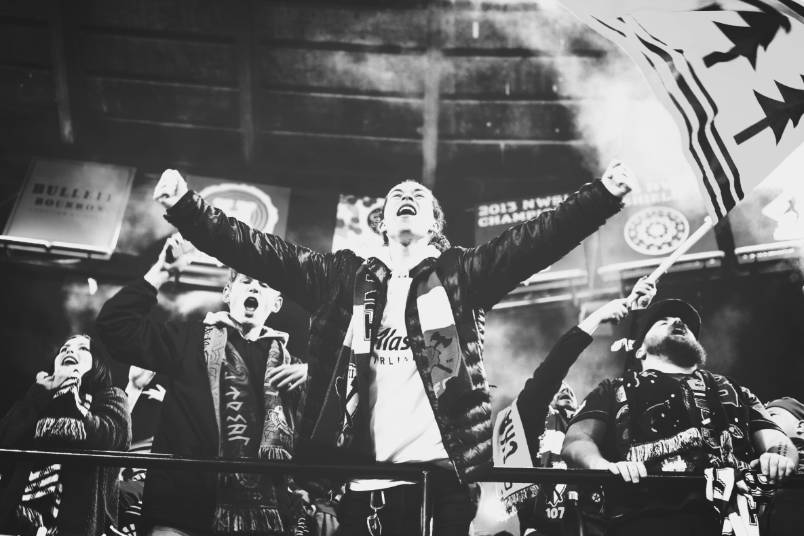 By Jason Davis – WASHINGTON, DC (Apr 10, 2020) US Soccer Players – The commemoration of Major League Soccer’s launch in 1996 this week provides an opportunity to talk about perspective. Twenty-five seasons is enough to create a bright line between multiple generations of American soccer fans. The league now has a growing group of fans who don’t remember a time before MLS existed.

MLS often points to its demographic strength, especially in the context of its future business prospects. That strength lies in the diversity of the league’s fanbase, but also its youth. Marketers covet the younger groups for obvious reasons. The earlier they connect with a consumer, the more likely they are to retain that consumer for the rest of their life.

However, there is still a vast pool of potential fans that MLS is missing. Those fans tend to be critical of the league for a variety of reasons. Quality of play is at the top of the list, with culture and financial clout always along for the ride.

Some of those potential fans will never give MLS the time of day. The ones that might give themselves over to supporting MLS view the league with a jaundiced eye. They’re willing to jump on board but are unconvinced by its peculiar nature. Part of the problem? They have no frame of reference for what life was like before MLS.

For an older generation of soccer fans in the United States, the current state of the league might as well be a miracle. Soccer-specific stadiums dot the landscape, a handful of clubs are drawing massive crowds, and MLS is in-demand for potential expansion cities. Elite players from Europe and South America are willingly choosing to join MLS and at younger and younger ages. That the league is involved in the transfer market at all is stunning, especially considering MLS maintained a de facto policy of only signing players on free transfers just a few years ago.

MLS launched an academy initiative in 2006. It’s developing homegrown talent at an exciting rate fourteen years and millions of dollars later. Though the league has not always benefited directly from its work in that area, players with direct ties to MLS teams are performing at a Champions League level in some of the world’s best leagues.

The future looks bright. Few that were there in the beginning would have imagined MLS where it is today.

The tension between those demanding more from MLS and those less bothered by the pace of evolution because they remember the lean times is not unique to soccer. Generational differences pervade through all areas of life, from economic policy to the appropriate volume for playing music. It should come as no surprise that the later generation thinks MLS is stuck in neutral or failing to be aggressive enough while their elders shake their heads over how much the kids take for granted. The two groups need each other, even if they don’t always realize it.

For anyone who remembers the gap between the original NASL’s death and the start of MLS 1996, the state of the professional game here is something to celebrate. Getting greedy over the growth of our league or the state of our youth programs seems odd when soccer wasn’t more than an afterthought for much of the 1980s and early 90s. The first influential group of players in the game’s modern age in America worked their way to the professional game out of the college system in the 80s and 90s. For them, even the possibility of a national first-division competition in the United States seemed like a pipe dream.

Listen to some of those key figures talk, and they’ll immediately downplay the chaotic, fly-by-night vibe of the early MLS years. Poor training facilities and garish uniforms were a small price to pay for a professional soccer league in the United States, even for players who might have continued their careers in Europe if they weren’t called home to help launch MLS.

Whether MLS lived up to the “major league” label to start, it survived and morphed into an internationally relevant competition played in soccer-specific buildings in front of vibrant, passionate, and (no small thing) knowledgeable crowds. Forgive the older people for thinking that’s cool.

Perspective can also breed complacency. It’s easy to be satisfied with any success when expectations were so low. Because no one could be sure that MLS would make it to 25 years in any form, there might not be as much energy behind pushing the league forward. Starting from a dead stop makes any progress feels dramatic.

Avoiding complacency means having new perspectives from people not tied to the dark days of the past. Yes, a new generation of American soccer fans is loud and brash and full of opinion in part because it didn’t experience the full length of the journey to this moment. Fine, but the whys of that outlook are often less important than the impact it has.

Major League Soccer’s investor/operators can’t rest on their laurels because the incoming group of fans won’t let them. Spending on a higher level of talent isn’t just about winning games. It’s about putting on a higher quality of soccer across North American. MLS may never meet the levels of prestige held by the top leagues in Europe, but the alternative to striving for that is to throw in the towel. Whatever satisfaction exists over how far MLS has come, that response just wouldn’t be American.

MLS lived off of post-World Cup enthusiasm for its first few seasons. That enthusiasm quickly gave way to the messy business of drawing fans to a budget-minded operation with none of the glitz and glamour of what fans could see on television. After nearly collapsing less than ten years after its founding, the league took a long time to reach relevance on any meaningful level.

There’s still a lot of work to do if MLS wants to rank among the best leagues in this hemisphere or the world. Mostly full purpose-built stadiums with fields full of quality players balance against the league’s struggles to capture sizable TV audiences and inability to best Mexican teams in international competitions.

The older generation wants to remember how far things have come. A younger one is not satisfied with incremental progress. Good thing that they both have a role to play in Major League Soccer’s future.