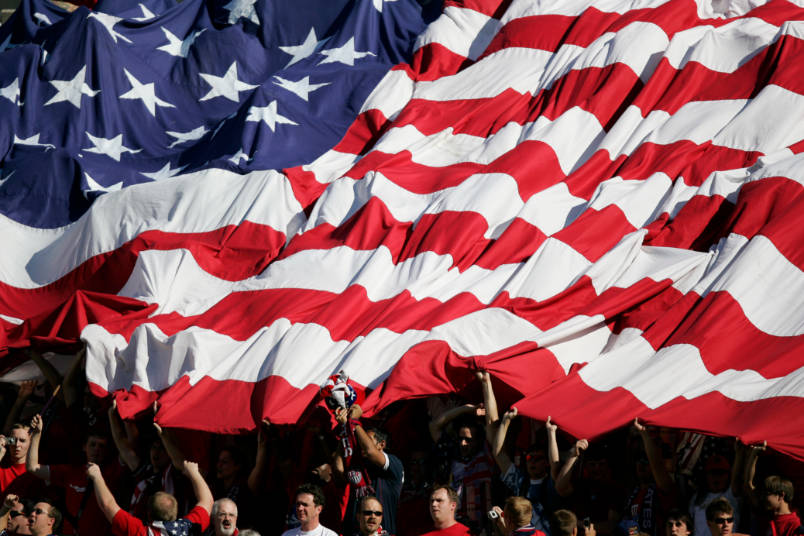 By Jason Davis – WASHINGTON, DC (Apr 17, 2020) US Soccer Players – There’s a fairly well-defined list of the most important USMNT results in modern history. The 2002 Round of 16 win over Mexico. The last-minute victory over Algeria in 2010. The 1-0 victory in Port of Spain in 1989 that sent the Americans to the World Cup for the first time in 50 years. Attention regularly turns to those games whenever a momentary burst of reflective energy wells up in the USMNT fan base. World Cup games will always rank higher than other matches from the USMNT’s history for obvious reasons. The win over T&T is too transformative to overlook.

USMNT history possesses a wealth of lesser-remembered matches that might mean nearly as much to the culture of the USMNT as those clear choices. The 1990s specifically are replete with incredible wins that set the tone for the strides made by the program in the 2000s. Of course, because they happened in the 90s when television coverage of soccer in America was in its infancy and a much smaller portion of America cared, some of those games were easily “lost.”

Somewhere near the top of that list is the USMNT’s 3-0 victory over Argentina at the 1995 Copa America. The Americans entered South America’s hallowed tournament fresh off the heady experience of the 1994 World Cup on home soil. Though the US advanced to the knockout rounds in ’94 and beat Colombia in the process, Steve Sampson’s group didn’t carry much respect with them to Uruguay the following year.

That didn’t necessarily mean anything to that version of the USMNT. The group of American players, including Uruguayan-American Tab Ramos, arrived in the host nation less prepared than they hoped. A labor dispute with US Soccer carried over until the eve of the tournament. Sampson conducted just one training session in-country before the group stage opener against Chile.

A heated negotiation finally came to a satisfactory resolution for all involved the night before the Chile match. The Americans then won that game 2-1 on a pair of early goals by Eric Wynalda. A loss to Bolivia in the second match set up a must-win against Argentina to secure advancement to the knockout rounds.

The backdrop and setup weren’t glamorous. A hearty crowd of 8,000 fans showed up to Paysandu’s barebones Estadio Parque Artigas to witness what most saw as a mismatch. Argentina manager Daniel Passarella rested several first-choice players. After the Albiceleste cruised through their first two matches, Passarella believed he could use a reserve-heavy lineup against the Americans.

Sampson’s team had other ideas. Although just a year removed from a World Cup under Bora Miluntenovic that saw the Americans play defend-at-all-costs soccer, the USMNT at the Copa America looked more assured and willing to take risks. The US took the lead on Frank Klopas’s opportunistic loose-ball goal in the 20th minute, then doubled the lead when Alexi Lalas crashed the near post to meet a Cobi Jones cross 11 minutes later.

Lalas’s goal spoke to the aggressive approach, particularly in midfield, taken by the unfancied Yanks. Lalas arrived at goal in the perfect moment to meet Jones’s cross despite playing as a centerback in a three-man backline.

At halftime, the Americans realized they could win their group on goal difference over Argentina with another goal and the clean sheet. Thirteen minutes after halftime and following a pair of desperate substitutions by Passarella, Wynalda shepherded a Joe-Max Moore cross-turned-shot across the line to ensure the victory and put the Americans atop the group. The US would go on to beat Mexico on penalties in the quarterfinal round before falling to Brazil 1-0 in the semifinal.

The second half of the 90s, it turned out, were heady days for the USMNT against the most famous teams in the hemisphere. Three years after the Copa America clash in Uruguay, the Americans met Brazil at the 1998 Gold Cup in the United States. Brazil was just a few months away from playing in the country’s fifth World Cup final. They brought their full senior squad led by an all-time great Romario.

If that match is remembered, it’s usually due to the performance that Kasey Keller put in between the sticks. Brazil bombarded the American goal, forcing Keller to make 10 saves. That included a point-blank stop of a Romario header in the 42nd minute that prompted the Brazilian legend to shake Keller’s hand. The USMNT sealed a historic win on the back of Keller’s performance and a classic left-footed Preki goal in the 20th minute. That win remains the only victory over Brazil in the history of the USMNT program.

The plucky Americans lost to Mexico 1-0 in the final at the Rose Bowl in front of nearly 92,000 fans. As if to drive home the point of just how far the USMNT had to go to gain respect, the match against Brazil had drawn less than 13,000 to the same venue.

A year later, the US got a chance to prove something against a European power. The Confederations Cup was a new event for FIFA in the 90s. Following three editions played in Saudi Arabia, soccer’s global governing body decided to stage it in Mexico in 1999. FIFA granted CONCACAF two berths in the 8-team field, one for regional champions Mexico and one for the 1998 Gold Cup runner-up, the United States.

Under recently named coach Bruce Arena, the USMNT shutout Germany 2-0 in Guadalajara in the second match of the group stage. Ben Olsen, the reigning MLS Rookie of the Year, and Moore scored the goals for the United States. Moore’s was a perfectly placed free-kick that eluded Oliver Kahn and doubled the American lead. The USMNT would lose in the semifinals to Mexico. That run cemented the still-coalescing program as a force to be reckoned with both in CONCACAF and beyond.

In four years, the United States beat Argentina, Brazil, and Germany in official competitions, with two of them coming outside of their home nation. For an emerging program, these were significant steps toward respect on the game’s biggest stages.