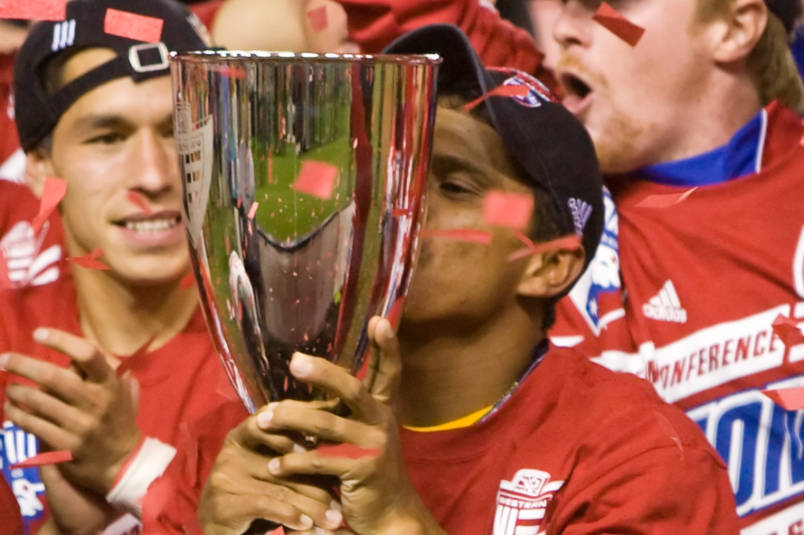 By Jason Davis – WASHINGTON, DC (Apr 8, 2020) US Soccer Players – The ranks of Major League Soccer MVP award winners are rife with international names. Over the league’s 24 seasons of existence, only seven Americans took home the honor. The last came back in 2013 when Mike Magee beat out the Galaxy’s Robbie Keane and Montreal’s Marco Di Vaio.

Considering the league’s humble beginnings and the recent turn towards higher-priced talent, those numbers make sense. Especially in recent years, the MVP award has been the provenance of players from other countries with famous resumes or who cost their clubs significant transfer fees. The list of winners since Magee reads like this: Robbie Keane, Sebastian Giovinco, David Villa, Diego Valeri, Josef Martinez, and Carlos Vela.

Between them, that group has represented clubs like Juventus, Tottenham, Barcelona, and Inter Milan. Only Diego Valeri lacks a European stop in his career. All have international experience. David Villa is a World Cup winner.

That doesn’t mean overlooking the previous generation of international MVPs. During the early days of the transition to MLS 2.0, a less-celebrated group of players took home the MVP trophy and have since slipped into moderate obscurity. Here are three players who won the league’s highest individual honor before the days of superstar and multi-million dollar transfer fees.

The man who won the first MVP in the Designated Player era wasn’t David Beckham, Juan Pablo Angel, or Cuauhtemoc Blanco. The honor went to Luciano Emilio, who spent three seasons and part of a fourth with DC United. The Black and Red were just three seasons removed for their last championship in 2007 and boasted the previous season’s MVP, Cristian Gomez.

Emilio joined United from Honduran side Olimpia, hardly the type of high-profile club swap that would come to mark future MVPs. Already a journeyman by the time he got to MLS, the Brazilian counted stops in Germany, Brazil, and Mexico in his career in addition to playing for two teams in Honduras.

He had the fortune to join a good team in Washington. With the help of Gomez and Jaime Moreno, another former league MVP, Emilio scored 20 goals in a 30-game regular season. Only four players reached the 20-goal mark before 2007, putting Emilio in elite company in his MVP winning season. He also earned the first MLS Newcomer of the Year Award in the process.

United flamed out in the first round of the playoffs in 2007 despite winning the Supporters’ Shield. Emilio’s goalscoring eventually earned him a Designated Player contract, though his output dropped precipitously over the next two seasons. He returned to Brazil for a loan stint before finishing his MLS career in 2010 with four appearances and no goals.

The crew of young up-and-coming homegrown stars at FC Dallas includes a player with the surname “Ferreira” for one reason. The player in question, Jesus, joined the club’s academy because his father was a star in Major League Soccer a decade ago. Ten years after the elder Ferreira won an MVP award for that year’s Western Conference champions, the Colombian’s creative preeminence is easy to forget.

In 2010 Ferreira edged out the Galaxy’s Edson Buddle, a forward who finished second in the league in scoring on a team that won the Supporters Shield that year, for MVP. To go with eight goals on the season, Ferreira also collected 13 assists good enough for second in MLS behind Landon Donovan.

Recognition of Ferreira’s campaign cut against the usual reality of the scoring leader also winning MVP and spoke to his importance to that FC Dallas. It’s worth noting that the midfielder played for FC Dallas on loan from Colombian outfit Atlético Paranaense in 2010. His performance convinced the MLS club to buy his rights for an undisclosed but likely seven-figure fee.

Sadly, a dangerous tackle by Jonathan Leathers of the Whitecaps shattered Ferreira’s ankle in 2011 and blunted his excellence. He showed flashes of his top form but never met his MVP level again.

It seems strange to put Dwayne DeRosario on a list of underappreciated MVPs because the Canadian was the author of so many iconic moments in the league’s early years. Still, the former Earthquakes, Dynamo, Toronto FC, New York Red Bulls, and DC United star doesn’t get his full due in the MLS 3.0 era.

His inclusion is also a bit of cheat. While Emilio and Ferreira were lesser-known foreign players who arrived in MLS and immediately won MVPs, DeRosario built his career in MLS. He also comes from a country represented in the league, even if he started in MLS prior to Canadian expansion.

DeRosario’s MVP season came in some of the most unusual circumstances in pro sports history. After moving to his hometown Toronto FC in 2010, the relationship with the Reds soured ahead of the 2011 season when he went on an unauthorized trial at Celtic. DeRosario scored one goal in two games for TFC before the club shipped him to the Red Bulls. In New York, the midfielder made 13 appearances and scored two more goals. New York decided his salary was too much to carry into the following season and traded him to United.

He went on a tear upon arriving in DC through the final 18 games of the year. DeRosario scored 13 goals in 17 games and added seven assists, finishing the year as the only player in MLS to reach double-digits (16 goals, 12 assists) in both categories.

Although DC missed the playoffs, DeRosario’s run made him an obvious choice for MVP. He beat out Houston’s Brad Davis and FC Dallas’s Brek Shea in the voting.

We can’t know if the league will ever produce another American MVP or if the trend of big-name and expensive signing winning the award will continue. Spending seems most likely as MLS attracts a higher caliber of player.

Returning to the days when journeyman players like Emilio and Ferreira or talented but less-heralded types like DeRosario can win the MVP award would mean putting the genie back in the bottle on MLS ambition. The league won’t willingly take that course.

MLS is bigger, flashier, and more entertaining than ever before. Modern MVPs are more famous and accomplished than their forebears. That doesn’t mean their awards mean more.