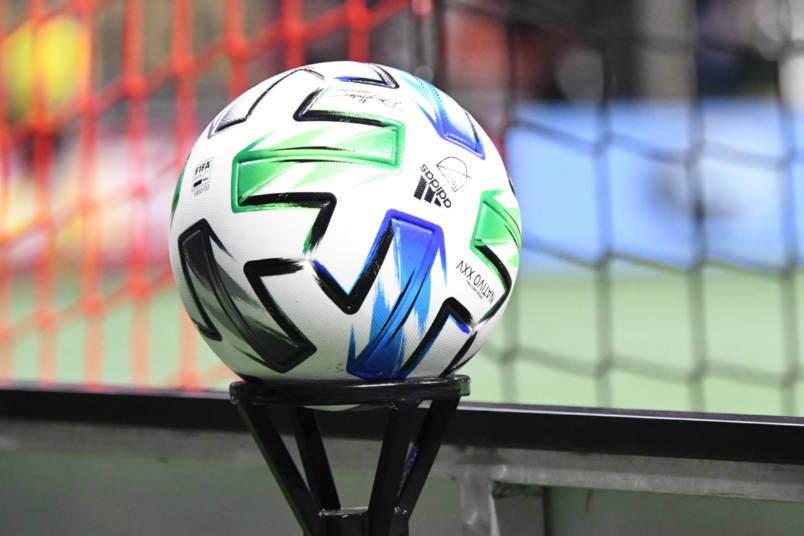 By Jason Davis – WASHINGTON, DC (Apr 3, 2020) US Soccer Players – Soccer leagues are built to hold soccer competitions. Soccer clubs are meant to play in them. When there’s no soccer due to a global pandemic that forces restrictions on large gatherings, it pushes leagues and clubs into an existential crisis. Off seasons are one thing. They’re built into the calendar, serving as a chance to rest and regroup ahead of a new season. Not playing soccer when there’s supposed to be soccer is different.

The current situation leaves American soccer outfits with the difficult challenge of trying to stay relevant. Inaction is not an option. The pandemic may have an unavoidable impact on the financial health of leagues and clubs, but every organization is endeavoring to mitigate the damage. While the pause in professional sports across the globe is a depressing reality, using their reach to bring some joy into the homebound lives of their fans is a worthwhile task for the leagues and clubs.

Major League Soccer is using a quarter century’s worth of games to help fill the void. They’re trying to leverage archived matches and untold stories to help keep fans connected. A few weeks into the hiatus, the content machines are ramping up. That means leaning heavily on history and trotting out the tried-and-true fare of top 10 lists, “Mount Rushmore” takes and “Best Ofs.” The league’s website mixes those looks back at the past with current updates on how the COVID-19 outbreak is affecting its players and clubs.

The league announced MLS Unites this week, a holistic strategy that aims to bring various threads together as the league navigates the shutdown. In addition to entertaining, the plan includes an educational element to inform the public on how to protect itself from the virus as well as deal with the psychological effects of forced isolation.

On the entertainment side, MLS put together an online rebroadcast of the first-ever LA Galaxy vs LAFC match with several players who took part in the game providing commentary. Adding that additional insight brings extra life to something that’s difficult across pro sports. Getting fans interested in watching games that already happened. There’s no silver lining to the lack of games, but with players homebound and available, rewatches like that the first El Trafico take on an added dimension. No one quite knows what to do with themselves and the newly available free time presents an opportunity.

Although it likely planned to commemorate the event before the stoppage in play, the pause in action also gives MLS a chance to spotlight the 25th anniversary of the league’s first match on April 6. The league held a conference call on Thursday with key figures from the game that pitted DC United against the San Jose Clash at Spartan Stadium in California back in 1996. MLS will put on an “enhanced global broadcast experience” ahead of showing the game on its YouTube and Facebook pages. Even in times of crisis, the need to dress up digital content delivery is pressing.

For better or worse, every feature on the league’s first season will get more room to breathe. Memorializing the humble beginnings of MLS serves to give long time fans a dose of nostalgia and newer fans an education on just how far the league has come. How many people watch the “live” rebroadcast is almost beside the point. Ratings aren’t the concern.

US Soccer is doing something similar, showing National Team and US Open Cup games on its Facebook page and providing pregame chats with players who participated in the match.

So far, the Federation replayed the USMNT’s 2013 win over Costa Rica in Denver, dubbed the “SnoClasico,” and the 2009 victory over the Ticos with Jonathan Bornstein as part of the “pregame” will get a run on Tuesday. US Soccer is showing classic US Open Cup matches in the same space, including the 2016 final between FC Dallas and the New England Revolution on Saturday. The Federation is missing much less soccer than MLS during the pandemic shutdown. That hasn’t stopped it from pushing out content using its connections to fans through social media.

Soccer’s role as a community builder takes a hit when fans can’t gather to share the passion of the sport. Organizations like MLS and US Soccer are working to keep those connections in place the best they can. Online communication is a poor proxy for the in-person camaraderie of games and watch parties, but it’s the best anyone can do at the moment.

What’s lacking in replays of old games with new insight is an element of competition. Soccer fans want to support their teams. No soccer means no ability to root for their players, to rise and fall with the fortunes of their favorite club or national team.

The USL is taking a novel approach that makes sense in an era when esports are becoming big business. The organization’s Championship and League One teams can’t battle one another in real-life soccer matches, but they can’t compete in a virtual realm through a game that at least resembles the sport they play.

USL is running a Rocket League competition involving 32 teams across its two professional divisions. Rocket League is an online video game that involves vehicles attempting to score goals in a soccer-like setting. At a time when fans are desperate for something to watch, ESPN+ plans to air the World Cup-style tournament on its digital platform. Fans will be able to support local charities by donating during the broadcast.

USL Senior VP, Digital, Emerging Technology & Strategy Lizzie Seedhouse called the tournament a “fun diversion” while no games can take place. The Rocket League event won’t make up for the lack of soccer, but no attempt to fill the gap between games is too silly.

All of this is new and daunting. Without soccer, these leagues and clubs can do nothing by throw idea after idea against the wall and hope something sticks. The blessing of the internet is that the barrier to produce online events is so low. Attention will be fleeting, but that’s okay. The next thing is coming tomorrow.

The best anyone can do is keep up the energy until the pandemic breaks and the games return. Soccer leagues are built to hold soccer competitions. Soccer clubs are meant to play in them. What do they do when none of that is possible? Anything they can.