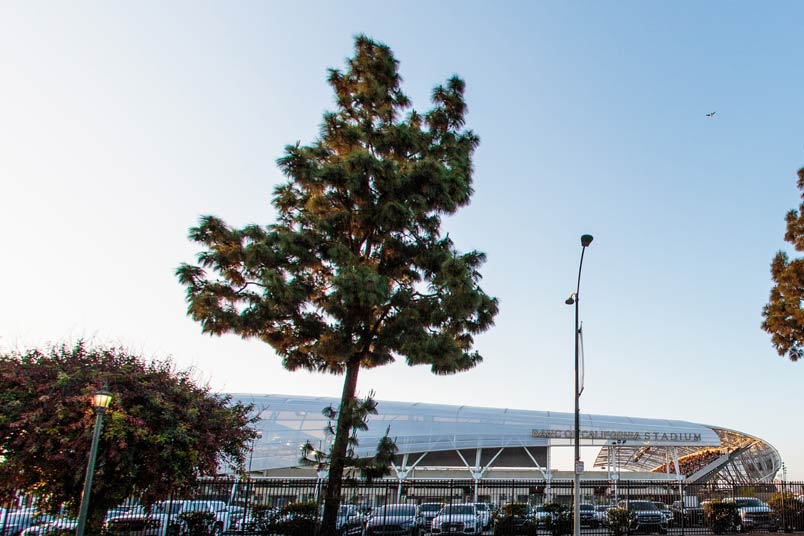 By Luis Bueno – RIVERSIDE, CA (May 20, 2020) US Soccer Players – Inactivity and what might have been scenarios have dominated the MLS landscape since mid-March. With the league shutting down due to the global COVID-19 pandemic, that is all fans and observers have. Leagues are negotiating with players, facilities, and state and local authorities trying to come up with safe ways to resume.

MLS got good news in California, with regulations allowing for the beginnings of a restart in a state that was originally looking to September. LAFC players returned to individual workouts on May 7. The LA Galaxy followed suit earlier this week. Also this week, California Governor Gavin Newsom announced that professional sports could return to play in June provided leagues and teams met certain specific criteria.

While it is not the step forward that MLS fans want, and nowhere near the steps the German Bundesliga took within the last week, it is progress on some level. There’s hope that MLS will resume its season, even if it is not how anyone would have expected at the start of the year.

There is no announced plan to return. Other than media reports, there is no timetable or schedule or even a look at how that return could take place. The only dates we have is resuming training under very strict circumstances. There is hope, which at various points over the last two months appeared bleak at best. An initial May return was pushed back to June. With COVID figures getting more disheartening by the day, it looked as if MLS games in 2020 would be limited to the final weekend of February and the first weekend of March.

If players are practicing, that is something. It may not be full training sessions or intrasquad scrimmages, but that too will hopefully follow soon. What leaves observers with the most hope that this is not just teams spinning their wheels is Newsom’s announcement. Pro sports, from MLS to the NBA and NHL, which also had their respective seasons halted, as well as Major League Baseball, which did not get a chance to open their own 2020 season, might be coming back at some point next month. The Bundesliga returned to action on Saturday, giving a glance at how MLS games could look if and when that happens.

With the world starved for live sports, Borussia Dortmund vs Schalke took on even more importance on Saturday. The voices of players rang loud with no crowd noise to drown them out. There was no contact when celebrating goals. Substitutes and coaches mostly wore masks and sat apart from one another.

Empty stadiums seem destined to be part of the new landscape. While the Bundesliga gave a glimpse of what that will be like, it will not seem real until it happens here, whenever that may be. Playing with zero fans in the stands might seem a bit interesting and intriguing but the novelty might also wear out quickly. Soccer, after all, is a sport driven by supporters. From drum beats and chants to tifo banners and bouncing supporters, the life and energy generated from the stands of soccer matches is unique. Taking that away changes the sport.

There’s probably no way to make this situation better, though reports have the Premier League considering piped in crowd noise among other things. Playing these games in regular stadiums in Germany and elsewhere might be unavoidable due to enough locker rooms and camera positions. That said, MLS opened an interesting discussion with the reports of using the Wide World of Sports facility in Orlando to restart the league.

Assuming an eventual return to closed door stadiums in the MLS markets, resuming the league may not necessarily mean using Dignity Health Sports Park and Banc of California Stadium. With the value of home field advantage in doubt without fans, the empty supporters sections are reminders that this is not normal. That may not feel the same in places like Harder Stadium in Santa Barbara and Torero Stadium in San Diego. Perhaps a return to the Rose Bowl could be used as a proof of concept for a future version of the Cali Clasico.

LAFC meanwhile should consider playing at Cal State LA. Already LAFC calls the campus on the east end of the city its training home. Playing a regular-season game there would not be a stretch. Given the ties between the two teams, Dodger Stadium might also be a possibility. The biggest get though would be for LAFC to open the multibillion dollar SoFi Stadium, which will be the home of the Rams and Chargers. The stadium should be event-ready by late July, but that’s not happening with a concert as planned. The MLS LA teams could provide an option for a pro sports run through.

Then again, all of this could be wishful thinking. Times are very fluid now. Prudence in the face of this pandemic isn’t going to lend itself to a normal sports season. Leagues already know that, working towards a safe scenario to return to play. Whatever that ends up meaning for MLS.