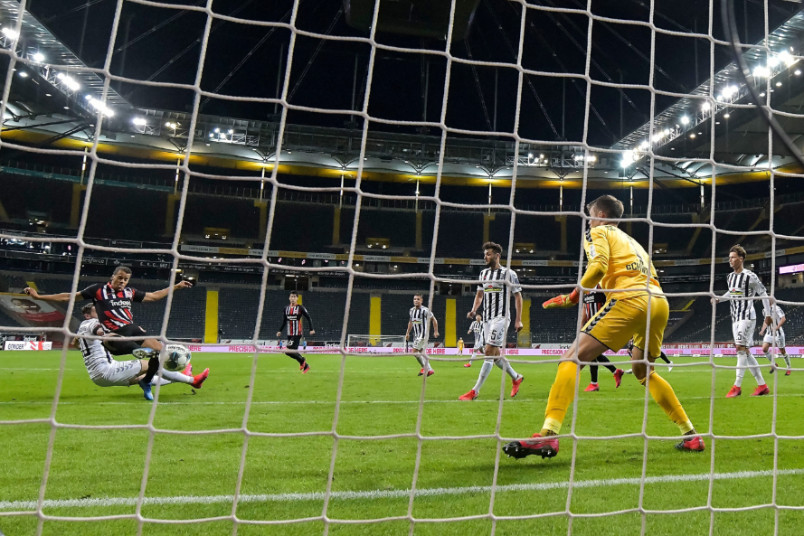 Wednesday's soccer news starts with the roundup of USMNT players in the Bundesliga. Timmy Chandler was the hero for Eintracht in their 3-3 home draw with Freiburg. Falling behind in the 28th minute, Andre Silva equalized in the 35th. Freiburg went up 3-1 with goals in the 67th and 69th minutes. Daici Kamada pulled a goal back for Eintracht in the 79th minute. Chandler subbed on in the 81st minute, equalizing in the 82nd to split the points.

"The goal was a great moment and gave the team another lift," Chandler said. "We had to win today, though, and were clearly the better side. But that's how it is in football. If you don't put it away at one end, all of a sudden you let one in at the other. We're conceding goals too easily at the moment. Scoring three is no use if we're also letting in three. The character in the team is right, the passion is there, but we just need to defend better together at the back."

"We deserved to lose because Wolfsburg were a lot better than us," Bayer Leverkusen coach Peter Bosz said. "We can't complain with the margin of defeat either. We didn't play well and Wolfsburg played very aggressively and very well. That's why we deserved to lose 4-1."

Josh Sargent subbed out in the 74th minute of Werder Bremen's 0-0 home draw with Gladbach. Werder had a 12 to 9 lead on shots, putting 7 on goal to Gladbach's 4. Fabian Johnson wasn't in the squad for Gladbach.

USMNT youth international Gio Reyna subbed on for Erling Haaland in the 72nd minute of Borussia Dortmund's 1-0 home loss to Bayern Munich. The game's only goal came in the 43rd minute. Former MLS player Alphonso Davies started for Bayern and saw yellow in the 74th minute.

Moving to the 2.Bundesliga, Julian Green subbed on at halftime for Furth's 2-0 home loss to Osnabruck. Furth fell behind in the 9th minute, giving up another goal in the 58th.

Also in the soccer news, Jonathan Amon had to have knee surgery and will miss the season. Amon missed considerable time with muscle injuries. "We have spent a very long time building him up so as not to force anything, and then he gets hurt anyway," Nordsjaelland coach Flemming Pedersen told Tipsbladet. "It comes at a time when he seemed to be getting started. It is ruled out that he will be playing again this season."

SI.com's Jonathan Wilson on Bayern's win and the Bundesliga table. The NY Times' Rory Smith with a big picture look at changes over the last 20 years of European club soccer. BBC Sport's Emma Sanders on empty stadiums in the Premier League.

LAFC announced that it is looking for a new stadium naming rights sponsor. Pro Soccer USA announced at changes over the last 20 years of European club soccer.">that it will suspend oprations for the rest of 2020.