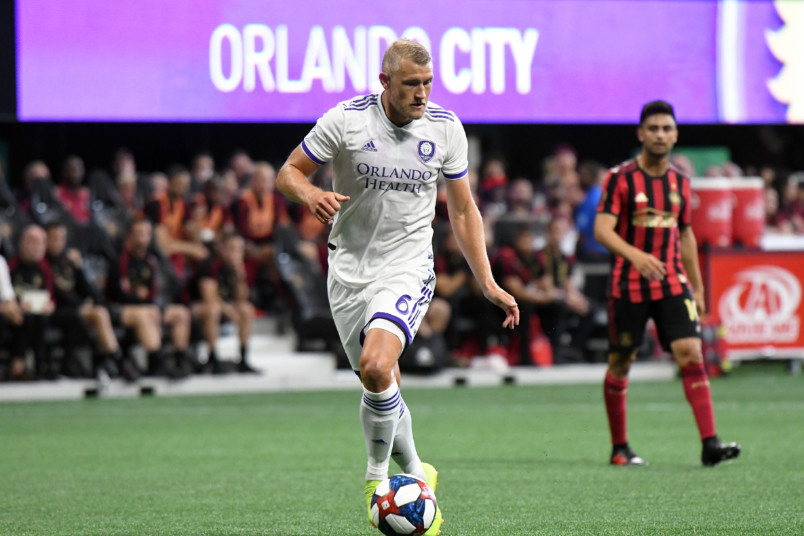 By Jason Davis – WASHINGTON, DC (May 13, 2020) US Soccer Players – Major League Soccer players are back to training, of a type. The league’s choice to open up team facilities to individual workout is a step towards actual soccer. How many further steps exist between it and the resumption of games is unclear. The news cycle has reports of plans for the resumption of games. Until then, everything is on hold. The 25th season sits in a state of suspended animation. The standings are a reminder that there is so much soccer to play if and when the league can responsibly restart its competition.

Whether MLS picks up where it left off is still up in the air. It appears almost certain that the league will resume with matches in a neutral, multi-field market until it’s possible to play games in their home cities.

For a couple of teams, that means a wait not just for soccer, but for the opportunity to score rivalry wins with their fans in the stands. As far as priorities go during a pandemic, it’s well down the list. It’s still a source of annoyance for everyone attached to FC Cincinnati and Orlando City with a nod to Miami.

First, it’s important to point out that FC Cincinnati does have a win over the Columbus Crew in what has become known as the Hell Is Real Derby. Cincinnati and Columbus are just 100 miles apart, geographical proximity that makes a rivalry natural. There’s not a lot of history between the two soccer clubs representing two of Ohio’s three largest cities, but there’s enough latent enmity that real heat exists. Of the many new MLS rivalries, FC Cincinnati and Columbus is one that feels nominally authentic.

FCC’s win over the Crew came three years ago in a US Open Cup Fourth Round game played at Nippert Stadium in Cincinnati. At the time, Cincinnati was still playing at the second division level. The then USL-version of FC Cincinnati scored a 1-0 victory over the Crew in front to 30,000 fans. The typical crowd for upstart FCC at the time but also a reflection of the interest in a game against the local MLS club. The Open Cup win counts, though it’s worth asking whether it counts the same as an MLS regular-season matchup.

Cincinnati did manage a draw at Mapfre Stadium last season in a 2-2 finish in August. That result felt more like two points dropped than a point gained. FCC held a 2-0 lead just seconds from halftime before conceding twice and leaving Columbus disappointed. The Crew took the second match back in Cincinnati 15 days by a 3-1 scoreline on the back of a pair of goals from Gyasi Zardes.

It feels like a lifetime since Cincinnati was a USL title contender, capable of knocking off a higher level opponent. The team struggled to adapt to MLS in 2019 and entered 2020 with swirling questions over its coach, roster, and playoff prospects. A couple of new signings brought hope, but in the two games before the pandemic shutdown, FCC earned zero points and a -2 goal difference.

Both of those games came on the road and in the aftermath of a sudden change of head coach. A summer version of FCC might look very different from the team that took on the Red Bulls and Atlanta United in the first two games of the season.

It’s a similar situation in the city that may host the restart of the 2020 season. Orlando City’s “rivalry” with Atlanta United doesn’t measure up to the word in most ways. There’s not much tying to two together in the world of sports or otherwise. The back-and-forth between the two stems mostly from Atlanta’s arrival in Major League Soccer as the second team in the Southeast, before Nashville, Miami, and now Charlotte were in the MLS expansion plans.

That forced Orlando and Atlanta together before United had even played a game. Then, the new kids turned out to be the anti-Lions in contention from the very beginning. Five years into the club’s MLS existence, Orlando still has yet to make the postseason. Atlanta won a championship in its second year. Orlando is on its fourth MLS head coach.

Entering 2020, Atlanta was again in the MLS Cup mix while Orlando was starting over, again, under new coach Oscar Pareja. There’s no doubting Pareja’s qualifications, so the hope in Central Florida is well-placed. It’s going to take more than that to displace Atlanta any time soon. It’s never good when one team can dismiss any talk of a rivalry since the other has never beaten them.

Atlanta is undefeated against Orlando in league play, holding a 6-0-2 record in eight meetings. Orlando’s two draws came in Atlanta’s inaugural season of 2017 when United executed comebacks on two occasions to deny the Lions a win. On one of those, Josef Martinez scored a hat trick to ensure a point for his side. That might be why Martinez, in particular, delights in trolling the Lions and their fans.

Unfortunately for all involved, that kind of interplay to build a rivalry hit pause with everything else. It’s no knock against the teams involved to talk about these rivalries as second-tier. MLS is still in growth mode. That means waiting on the kind of natural animosity that plays its part in building a league worth choosing.