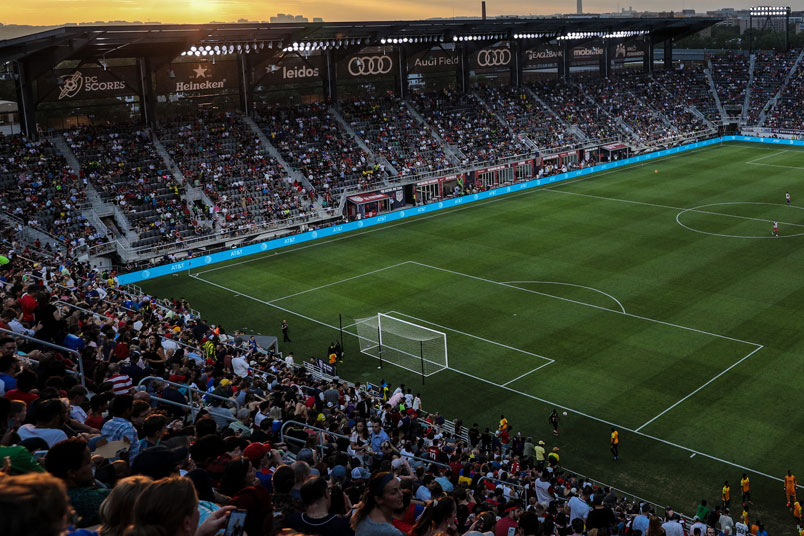 By Charles Boehm – WASHINGTON, DC (May 1, 2020) US Soccer Players – Soccer’s transfer market fuels the brutal competition among the planet’s biggest and richest clubs. It’s the lifeblood of the savvy small and medium-sized feeders that survive by nurturing or revitalizing talent to sell on. It thrills fans, even those who claim to be above its gossip. It’s generally the most heavily-trafficked and reliable topic for media outlets that cover the sport. It can also transform players’ careers, providing the escalator by which they can reach grander platforms and bigger contracts.

Its existence doesn’t even require games. The scoops, reports, roundups, and breathless breaking updates can keep rolling on when players are hurt or suspended, between seasons, and even in the midst of a global pandemic that’s brought the game to a grinding halt nearly everywhere.

At least, that’s what the industry seems to be hoping. The transfer scuttlebutt of the past several weeks has had an optimistic, occasionally tone-deaf subtext to it as it assumes that at some point the usual routines will return to normal. The reality on the ground appears bleaker.

“I think there’s going to be a depression in the global transfer market for players,” FC Dallas president Dan Hunt told reporters in a conference call last month. Many of the game’s most prominent figures, as well as the reporting of most of Europe’s leading soccer journalists, concur. “In the short term, I would say the transfer market this summer will not exist, it will collapse,” predicted Bundesliga chief Christian Seifert.

The International Centre for Sports Studies’ Football Observatory calculates that the total player transfer value across Europe’s “big five” leagues will drop by some 28% on average. “Bosmans,” the shorthand for free transfers after a player’s contract has expired, are expected to spike in number as clubs trim their salary bills and players explore the open market.

“Transfer fees in excess of €100 million will be a thing of the past for the next few years,” said Bayern Munich’s former president Uli Hoeness. “The transfer fees will drop and will not return to the current level in the next two, three years. All countries are affected.”

UEFA’s decision to temporarily relax its Financial Fair Play regulations injects yet another variable. The move is a welcome one for clubs whose basic solvency is suddenly in serious doubt. Yet some fear it could be exploited by the super-rich whose obscene spending led Arsene Wenger to coin the term “financial doping” earlier this century. Meanwhile, players and their representatives face requests to take pay cuts or deferrals, weighing that against their relationships with their clubs and communities and their ambitions of future upward mobility or long-term security.

It’s symbolic of the current outlook that no one even knows precisely when the summer window might open or close. Right now, soccer officials are spending serious time on scenarios for completing suspended seasons. In some cases, governments are stepping in to preclude the very possibility. Everyone’s waiting for some degree of clarity about how FIFA and other governing bodies will interpret contracts set to expire and/or transfers scheduled to occur come summer. All that renders the transfer market essentially an afterthought.

“It’s really difficult to forecast what’s going to happen a month from now or two months from now, let alone a week from now,” Toronto FC general manager Ali Curtis recently told USSoccerPlayers.com. “Historically, there’s always been a way to manage [transfers] in a unified way, which is FIFA: players having to get ITCs and those types of things. But the whole universe has changed now. So I’m not sure what that will mean…. You’d like to think that the transfer market will exist, but there’ll be a lot less player movement than there’s ever been. And for sure, the financials of player movement will be significantly impacted.”

With little to no money coming in, so many clubs are in grave financial distress that their prized on-field assets may sooner or later have to be shipped out just to keep the lights on.

“What we will see is both buying clubs and selling clubs will be willing to negotiate lower prices,” soccer finances specialist Kieran Maguire told Stats Perform. “There will be many clubs in Europe who are under financial distress and therefore they will be trying to sell off assets and willing to accept fire-sale or liquidation-sale prices for players they thought might have been tens of millions of euros or sterling in this summer’s market… many clubs in Europe are going to look at younger, mid-tier players who they can develop.”

That last part could be pivotal for MLS and its North American counterparts. There’s a brutal irony in the fact that the sky is falling down just as this part of the world has truly resolved to wade into the global market in earnest. Hunt said all this is “obviously not good for MLS,” though he also reiterated that youth development remains at the core of FCD’s identity, and has made them the United States’ de facto leader in this space.

“We were starting to see significant spikes in values; obviously the Alphonso Davies deal was a giant one. There’s been a lot of interest in other players in the league, and specific to FC Dallas there’d been interest in our players,” said Hunt, whose club boasts an array of young talent like USMNTers Reggie Cannon, Jesus Ferreira, and Paxton Pomykal. “Transfers are really the lifeblood of most clubs around the entire world. And so that’s not good, but I think it will come back over time. I think FIFA has an incredibly complicated situation trying to figure out how to support the global game.”

MLS may soon rue its tardiness to this particular party. Fairly or not, the league is still building its reputation as a reliable producer of quality. It may still appear a risky bet to prospective buyers with a more cautious outlook in the new normal. For many years the US and Canada were widely seen as places to shop for freebies, projects, and diamonds in the rough, with little to no need for hefty fees, training compensation, or solidarity payments. It generally takes time to shift such perceptions and accustom clubs abroad to playing by new rules.

Conversely, MLS could carve out a productive niche if its leaders show the humility to embrace a bargain-minded approach. Selling more readily and at lower prices could generate a bigger sample size by which to change the paradigm across the big European leagues.

Here again MLS’s hard-wired prioritization of financial stability is both a blessing and a curse. It may empower the league’s clubs to swoop in and secure cut-rate deals on incoming transfers over the next few transfer windows. However, it also blunts the fiscal urgency for outgoing sales that runs through the veins of even the biggest South American clubs, for example. That’s economic reality for most clubs on the cutthroat global landscape. MLS’s communal construction shields its individual members from such storms. Soon, we may get clearer confirmation of suspicions that it also impedes their full participation in the profitable side of that wider ecosystem.