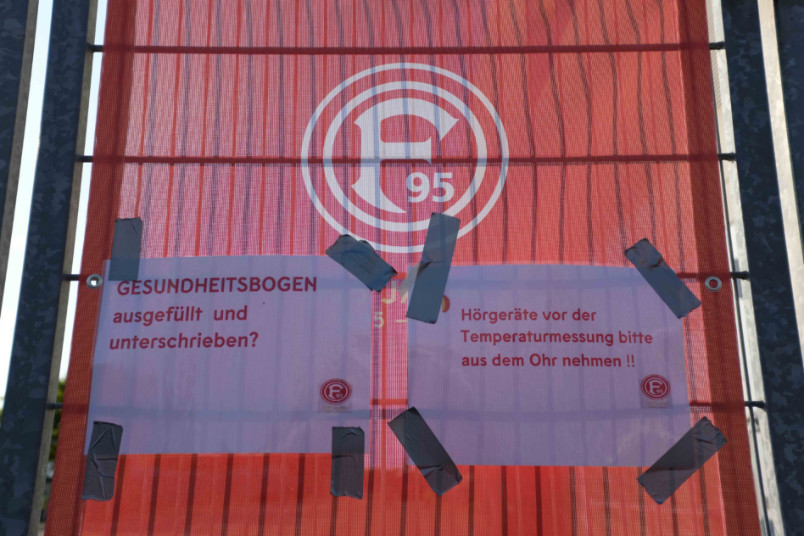 By Charles Boehm – WASHINGTON, DC (May 28, 2020) US Soccer Players – The Bundesliga is back, with several matchdays now under its belt heading into this weekend’s action. Germany’s topflight appears to have adeptly managed the challenges posed by the COVID-19 pandemic. As a result, it’s enjoying the lion’s share of the global soccer spotlight. Things aren’t entirely back to normal, however.

The product on the field looks different in some ways. That could prove especially influential given how many other sports leagues around the world are watching closely as they make their preparations for resuming seasons. We spoke to Manuel Veth, a veteran German-Canadian journalist who covers the Bundesliga for Forbes and other outlets and also works for Transfermarkt.de, to learn more about what’s unfolded to date.

A mere five home wins in the first 27 games of the resumption would be fairly incredible in any league. In Germany, it’s a striking indication of how much the absence of fans in the quiet, empty stadiums is affecting the match environment. Some broadcasters, including Fox in the US, are piping in faux crowd noise for the viewers at home to make up the difference, to mixed reviews.

“The biggest selling point for German football is always the fan experience, and that’s not there right now. And that makes it fundamentally very different than what you expect,” said Veth. “When Bundesliga fans turn on the television, they expect that noise, almost the spectacle off the field as much as on the field, and I think it’s like 50% of the product that’s gone right there.”

It’s also wreaking havoc on key races in the standings. Borussia Dortmund clearly missed the atmosphere provided by the famously imposing “Yellow Wall” and the rest of what’s usually a packed, loud Signal Iduna Park when Bayern Munich visited in a top-of-the-table clash on Tuesday.

Though the run of play was mostly balanced, the league leaders and seven-year back-to-back defending champs produced the moment of magic to win 1-0 and effectively end the title race. Bayern now has a seven-point cushion on 2nd-placed BVB with half a dozen games to go. Elsewhere, third-place RB Leipzig has dropped four crucial points at home, crushing their title hopes.

The “laboratory” favors the big dogs

Global TV audiences and the country’s vibrant supporter culture are probably the biggest losers from the closed-doors setting. The biggest winners? Veth thinks it’s the Goliaths, the teams usually favored “on paper,” because right now pitch conditions are closer to “on paper” than ever.

Plus, with a densely-packed schedule and five substitutes allowed instead of three, clubs with more resources and greater squad depth gain an advantage.

Plenty of running, plenty of injuries

Joel Mason is an Australian sports scientist currently conducting post-doctoral studies in Berlin. On his website, he recently compiled some data on the intensity and distance of players’ running, and the rate of injuries picked up in both training and games, during the Bundesliga’s return so far.

In general, he found that distance and intensity were similar to or greater than before the COVID break, while injury rates more than tripled. Even when adjusting to compare them to typical early-season rates, a period where muscular strains tend to crop up in the wake of preseason fitness prep, the casualties are up noticeably.

“While the sample sizes are obviously still limited and inconsistencies in injury reporting create an imperfect model, the evidence is quickly accumulating,” Mason wrote, “and the early indications from both training and matches continue to point in one direction – that post-lockdown injury rates are comfortably outside the boundaries of the typically observed injury rates.”

Most players did well to keep fit individually during the lockdown. Understandably, they could not quite replicate the intensity of gameday. Coaches, while they’re utilizing the extra subs at a high rate, are probably still figuring out with how to best handle the physical loads on their players.

Perhaps unsurprisingly, teams in closely-matched games tend to be experiencing higher exertion rates. Some tactical setups are better suited to this unique situation than others.

“I spoke to Tyler Adams two weeks ago,” noted Veth, “and he said, ‘we’re ready to go and physically we don’t feel a difference at all.’ And I think you see that. What you see more is that some of the passes and some of the tactical aspects aren’t quite 100% there…. The players are all fit, but the timing is a little bit off.”

Bundesliga officials apparently want to get the 2020-21 season started no later than September. Veth points to chatter about UEFA holding a Champions League tournament of some kind in August. So these physiological challenges will probably remain in place for some time.

A new era in set pieces?

Whatever the factors, many teams seem to be profiting even more than usual off free kicks and corner kicks. For example, Eintracht Frankfurt’s Martin Hinteregger scored twice in four minutes, both off corner kicks, in last weekend’s 5-2 loss at Bayern. That’s not a team you’d expect to allow such a repeated breakdown. Some are theorizing that the wider societal awareness of the conditions that affect contagion may have a subtle effect on man-marking in the penalty area.

“Kicker did a piece that, they’ve noticed the players have less contact with each other on the field than they ever did before the pandemic. That of course helps on set pieces, if you just give them that fraction of a bit more room,” said Veth. “It’d be interesting to ask if they are apprehensive in the back of their head, to keep that social distancing a little bit on the field as well, which of course leads to more opportunities and scoring.”

Questions for the future

What may be most striking of all about the Bundesliga’s return is the low number of positive COVID tests among players and staff. That vindicates the league’s approach, at least so far. In soccer, society, and politics alike, Germany has turned out to be a world leader in this crisis. Their sober and cohesive collective response to the danger, and a strong emphasis on building massive testing capacity, offer key lessons for the rest of us.

“I am German so I can be undiplomatic about it, but we are no-sayers before we say yes to something,” Veth said. “We are very apprehensive in everything that we do. And I think during this pandemic that was actually probably a good thing, because our reaction was right away to plan for the worst.… Yes, the virus is very dangerous, but people going unemployed or not working is just as dangerous as well. So you have to walk a very fine line, and I think that’s what the country overall is doing. And the Bundesliga is just one of many many many companies and this is a multi-billion euro company, trying to get the business back going while dealing with this virus.”

On the pitch, it’s intriguing to ponder whether some of the pandemic-imposed changes might stick around a while. Does two extra subs taint the sport’s purity, or add drama and give younger players more opportunities? If the transfer market craters as many expect it to, could it reward those with astute systems for identifying and cultivating talent?

“We’re going into austerity now. I work for Transfermarkt, we’ve already made cuts to market values and there’s more cuts coming, because clubs have less money. That’s a fact,” said Veth. “So squad depth, how are [cubs] going to afford all those extra players? The times where you have the Chelsea loan army, where you’re just going to send out 20 players on loan, I think those days are numbered… that could be great for teams that have good academies.”