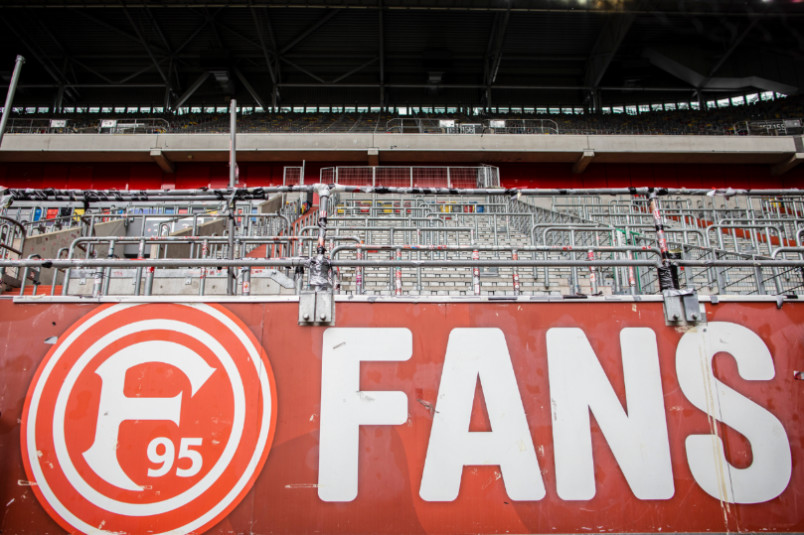 The roundup of USMNT players is back in action with the games resuming behind closed doors in the Bundesliga. Round 26 meant an unlikely Revierderby with Borussia Dortmund shutting out Weston McKennie's Schalke 4-0 at home. Erling Haland scored for Dortmund in the 29th with Raphael Guerreiro added a goal in the 45th with Thorgan Hazard made it 4-0 in the 48th minute. Guerreiro scored again in the 63rd. USMNT youth player Gio Reyna was in the announced starting lineup for Dortmund but withdrew due to injury before kickoff.

"It’s hard to take," McKennie said. "You never want to lose a game, especially a derby. To lose 4-0 is especially disappointing. It was different today without the fans. We need to adapt to these new conditions. We will analyze the game and hopefully do better next week. Dortmund have a talented team. Sometimes you have games in which you struggle to put tackles in and today was one of those days. They played well and got in behind us regularly. We need to improve and get ourselves out of this bad situation. We won't get nervous in our fight for the Europa League. Our performances have to improve though."

John Brooks's Wolfsburg beat Augsburg 2-1 on the road. Renato Steffen opened the scoring in the 43rd with Augsburg equalizing in the 54th. Daniel Ginczek scored Wolfsburg's winner a minute into stoppage time.

"After such a long break, we're very happy to have started the last part of the season with a win," Wolfsburg coach Oliver Glasner said. "When you score the winner right at the end there's perhaps a bit of luck involved, but I think we were the more dangerous team over the 90 minutes. We were a bit fortunate that their second goal was ruled out, but on the whole we controlled the game. I was particularly pleased with our reaction to Augsburg's disallowed goal because we increased the pressure."

Alfredo Morales subbed on in the 69th minute for Fortuna Dusseldorf's 0-0 home draw with Paderborn. Both teams finished with one shot on goal. Zack Steffen was unavailable for Fortuna due to injury.

"If you hit the frame four times and have one or two chances, you have to win the game," Fortuna coach Uwe Rosler said. "However, we could have lost it in the 88th minute. The positive thing is that we are fit - we ran almost 120 kilometers. If we continue to play like this, we will still get points in games."

Tyler Adams subbed out in the 69th minute for RB Leipzig's 1-1 home draw with Freiburg. Manuel Gulde put Freiburg up in the 34th with Yussuf Poulsen equalizing in the 77th. Freiburg had a late winner called back due to instant replay.

"Our goal is to finish within the top four positions, I've said this several times already," Leipzig coach Julian Nagelsmann said. "However we still have eight games left, which we need and want to pick up points from. It was good for us at the end of the game that there was VAR; we have to be honest because we got lucky."

Timmy Chandler subbed on in the 74th minute for Eintracht's 3-1 home loss to Gladbach. Alassane Plea scored for Gladbach in the opening minute with Marcus Thuram doubling the lead in the 7th. Ramy Bensebaini converted a penalty in the 73rd. Andre Silva pulled a goal back for Eintracht in the 81st. Gladbach's Fabian Johnson is out with an injury.

"We're all really pleased with the win," Gladbach goalkeeper Yann Sommer said. "We dealt with the current situation really well after a long break. I'm really proud of the team. We tried to forget about things that we can't influence and concentrated on what happens on the pitch instead. We did that brilliantly in the first ten minutes. We controlled the game after our early 2-0 lead and saw it home well at the end. There's eight games to go and we're in a good position, although we have a lot of work ahead of us."

In the 2.Bundesliga, Julian Green subbed out in the 57th minute for Furth's 2-2 home draw with Hamburg. Havard Nielsen socred for Furth in the 35th minute with Joel Pohjanpalo equalizing in the 41st. Jeremy Dudziak put Hamburg up in the 48th with Nielsen equalizing four minutes into stoppage time. Bobby Wood wasn't in the squad for Hamburg.

On Monday, Josh Sargent subbed on in the 71st minute for Werder Bremen's 4-1 home loss to Bayer Leverkusen on Monday. Down a goal from the 28th, Theodor Gebre Selassie equalized for Werder in the 30th minute. Bayer Leverkusen went in front for good in the 33rd, adding goals in the 61st and 78th minutes.