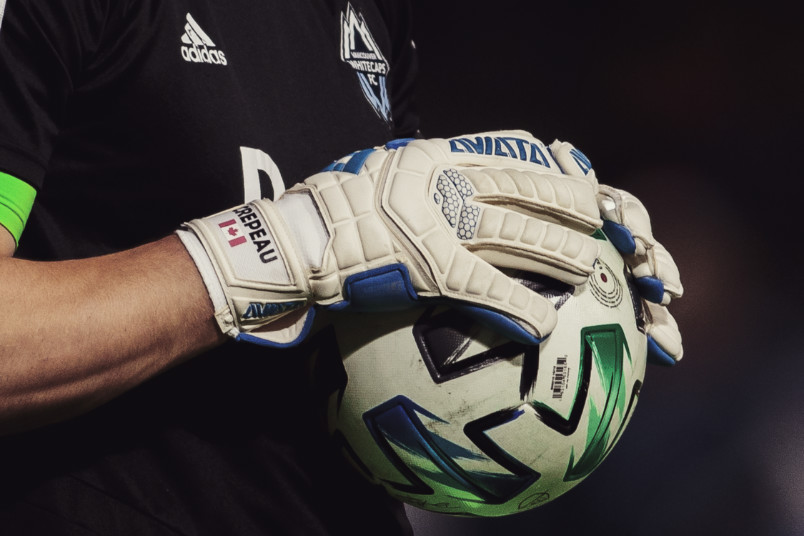 By Luis Bueno – RIVERSIDE, CA (May 6, 2020) US Soccer Players – It wasn’t that long ago that MLS fans and pundits were making predictions ahead of the 2020 season. Would Seattle defend its title, or would LAFC get its championship? Would the LA Galaxy return to form? With the 30-goal mark no longer insurmountable, would someone set a new goal-scoring record? What nobody could’ve predicted was that the league would suspend the season after two games. Such is life, and the COVID-19 pandemic has halted life across the globe.

The league got a tiny taste of the 2020 season before everything changed. In a matter of days, teams needed to take extra precautions during games, then teams were ordered to travel via charter flights only, and then the league halted everything. Since then, things have changed as well. MLS was initially set to return in early May, then sometime in June. Closer to reality, nobody can say right now, in early May, when the league will return to play and what it will look like when that happens.

What’s certain is the fans have missed out on so much. As the league entered its 25th season, there were plenty of things to follow. Since there are no power rankings to do, here is a list of the top eight Western Conference story lines.

For all of the years MLS has tried to capture the Mexican market, this 25th season was to have been a massive breakthrough. Aside from established El Tri players like Carlos Vela and Jonathon Dos Santos, MLS was able to nab other stars like Alan Pulido, Rodolfo Pizarro, and Chicharito Hernandez. Having top-caliber Mexican internationals spread out over several clubs would have been something new for the league. It would have been right around now, early May, when players would have started to settle in and begun to make a true impact on their teams. Considering how much of an impact those players have already had in 2020, that would have been astounding. Pulido, Pizarro, Vela had already scored goals this year, while San Jose import Oswaldo Alanis scored what may have been the goal of the year with an amazing free kick against Toronto FC.

Seattle dominated Toronto FC to win its second MLS Cup and entered the year with a realistic chance of claiming a third title. Seattle has reached three of the last four MLS Cups and has not missed the postseason since joining MLS in 2009, so there is a track record of success there. If Seattle gets the chance to pull off back-to-back titles, it would be the first repeat since the 2012 Galaxy cemented its place in league history.

While Chicharito is certainly part of the incoming crop of Mexican internationals, he is a player that transcends those kinds of groupings. Hernandez has always been a big potential get in this league, so his arrival was more intriguing because of his star power. That he landed with the Galaxy made it even more so, as he is following in the footsteps of great strikers such as Carlos Ruiz, Landon Donovan, Robbie Keane and, most recently, Zlatan Ibrahimovic. The first three won championships with the Galaxy while Ibrahimovic set the club record in goals with 31 last year. Chicharito certainly had a lot of expectations coming in. Help the club win championships, score goals, live up to his billing, and be the star everyone expected him to be. That is on pause now.

LAFC set all sorts of records and high-water marks in 2019. Had it won MLS Cup, LAFC would have gone down as the best team in league history. This year was always going to be intriguing. Would the club have been able to meet its own ridiculous bar in 2020? Another great regular season followed by another MLS Cup bust would have been unacceptable. Added to the mix, though, would have been the Champions League. LAFC was all set for an epic series against Cruz Azul when everything shut down. The second leg of the final was set for May 5-7, so LAFC could have already made history.

A year ago, Sporting KC came into the season with high expectations. By season’s end, the bottom had fallen apart. Jobs were at stake. Manager Peter Vermes didn’t go anywhere, but the club made changes across the roster and invested millions in Pulido. The club expected a massive bounce-back season, and that would have made the Western Conference that much more interesting. Having a strong, gritty team like Sporting KC around makes it tougher on everyone. Through two games, Sporting KC was 2-0, with a 3-1 win against Vancouver and a 4-0 win against Houston on the books. Sporting KC was back.

Nick Rimando had long been the face of Real Salt Lake, so much so that it seemed that life would not be the same without him manning the goal at Rio Tinto Stadium. How true that is. Still, there will be a time when RSL plays more than two games without its longtime superstar. The Zac MacMath era started off with a clean sheet against Orlando City, but he will have to do much more to help move the club past the Rimando era.

There is perhaps no more nondescript club in the league than Colorado. The Rapids have won an MLS Cup but otherwise have little in terms of a dominant history, standout superstars or colorful personalities. Even the jerseys are a bit drab. Thus, few would have seen the rise of the Rapids coming. In two games this year, Colorado already started the show the work that coach Robin Fraser put in since he arrived late last summer. Colorado had 2-1 wins over DC United and Orlando prior to shutting it down. Colorado missed out on some tests in April against Real Salt Lake, FC Dallas, and Sporting KC but the club was poised to have met those challenges head on.

There are two LA derbies on the schedule, May 16 at Banc of California Stadium and Aug. 23 at Dignity Health Sports Park. The clubs were scheduled for just two games last year but wound up playing a third as LAFC beat the Galaxy in the playoffs. That playoff win set a great stage for the first meeting in 2020. What happens now is an open question. However, if the El Trafico nickname can disappear during this shutdown, then at least some good will have come of all of this.