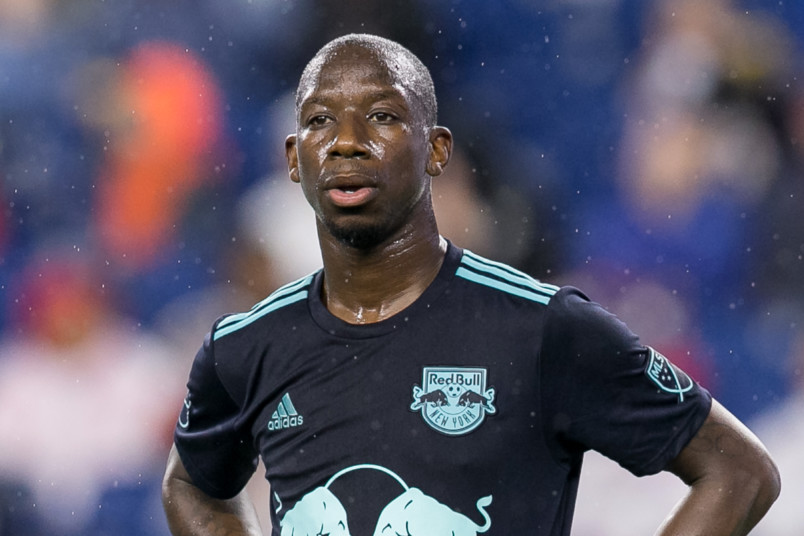 By Clemente Lisi – NEW YORK, NY (May 11, 2020) US Soccer Players – A look back at David Beckham’s time with the LA Galaxy is an MLS success story. On the field, he helped the Galaxy win back-to-back MLS Cups. Off the field, he brought attention to the league from both mainstream and entertainment media. Like Pele’s time in the US in the mid-1970s, Beckham helped fuel interest in soccer from a cross-section of Americans.

Beckham is one of 78 players from England to have played in MLS. Ten of those players are on current rosters, the other 68 dating back to the league’s first season in 1996. The list includes players from Richard Sharpe, who played a season with the Colorado Rapids, to Bradley Wright-Phillips, the New York Red Bulls striker recently acquired by LAFC.

These players have had varying degrees of success over the league’s 25-year lifespan. The link with England and especially the Premier League is an obvious one. That may or may not mean success for MLS. Big-name players have made the move only to run into difficulties. Then there are the English players who built reputations in Major League Soccer. Names like Dom Dwyer, who later became a naturalized American, Liam Ridgewell, and Danny Dichio.

David Beckham’s name tops the list for English players in MLS, but it’s Bradley Wright-Phillips in terms of sheer numbers. After playing for Manchester City, Plymouth Argyle, Southampton, Brentford, and Charlton Athletic, Wright-Phillips signed with the Red Bulls in 2013. A year later, he had already made a name for himself as one of the league’s best finishers, scoring 27 goals in 32 regular season games. Not only did he have a great 2014, but playing alongside Thierry Henry turned him into a scoring machine. In 2016, he again finished as MLS top scorer with 24 goals in 34 games.

Wright-Phillips’s success as an elite finisher came via Henry’s passing as well as a combination of other factors. His ability to get past defenders with his speed on the wings and tapping in balls when connecting with crosses made him tough to stop. His success puts him seventh all time on the MLS scoring charts, tied with Jason Kreis with 108. What took Kreis 305 games has only taken Wright-Phillips 195, a staggering success rate hampered by an injury-riddled 2019 season.

This year, the all-time RBNY scoring leader signed with LAFC, giving the club another veteran striker. In an interesting footnote to the Wright-Phillips saga, his younger brother Shaun also played for the Red Bulls in 2015 and ’16. Both are the sons of former England international-turned-TV commentator Ian Wright.

Aside from Beckham and Wright-Phillips, Dichio is the other English-born striker to leave his mark on MLS. He played three seasons with Toronto FC near the twilight of his career. Born in London to an English mother and Italian father, the towering Dichio played for various teams before finishing his career in MLS in 2009.

Dichio had the honor of scoring the first goal in Toronto FC history on May 12, 2007 against the Chicago Fire at BMO Field. It’s a match widely remembered as the “seat cushion game.” The giveaway that Saturday afternoon had been circular-shaped seat cushions, which came raining onto the field following Dichio’s 24th minute goal.

In that same game, Dichio made history again, becoming the first player in Toronto history to receive a red card. Dichio would go on to play 59 games, scoring 14 goals. Dichio retired in 2009 and currently coaches Toronto FC’s Academy U-19 squad. His first goal for the team remains one of bis best memories from his playing days.

“You kind of took a back step, just for a moment, just to say, ‘Wow! This is a pretty unique moment,'” he told the club’s website last month. “Not just in my career, but also in the history of the club and the players that were on the field that day.”

Another notable English-born striker is Dwyer. The striker had played in England at youth level before attending Tyler Junior College in Texas, where he won two national titles, and later the University of South Florida, where he played in 2011. In that regard, Dwyer’s arrival in MLS was more akin to a college player rather than an international talent with topflight experience.

Chosen 16th overall in the 2012 MLS SuperDraft by Sporting Kansas City, Dwyer would go on to have six successful seasons there. In 2013, he helped Sporting KC win MLS Cup. By 2017, Dwyer had become a US citizen and made his National Team debut that year. He helped the USMNT capture the Gold Cup that summer. Dwyer moved to Orlando City in 2017.

Another second successful English-born player who came through the NCAA ranks was striker Jack Harrison. Picked #1 overall in the 2016 MLS SuperDraft by the Chicago Fire then traded to New York City FC, Harrison played for NYCFC for two seasons, scoring 14 goals in 56 matches. His teammates widely praised Harrison at the time. Lampard, in an interview with MLSSoccer.com in 2017, said, “I think there are a lot of big things to come from Jack. I like him, he’s a great lad, great ability.” Harrison signed with Manchester City in 2018. He is currently on a season-long loan with Championship side Leeds United.

Not all players from England have been strikers. Ridgewell played in MLS for six seasons for the Portland Timbers starting in 2014. Primarily playing at center back, he captained the Timbers to the MLS Cup title in 2015, capping off a tremendous year for both him and the team. A fan favorite, Ridgewell, originally signed as a Designated Player, left Portland for Hull City last year. He is currently with League One side Southend United.

“Liam is quite simply one of the most important and influential signings in Timbers history,” Timbers investor/operator Merritt Paulson told reporters last year. “Not only has he been a top defender in MLS since his arrival but he is a winner who greatly contributed to our locker room culture. I thank Liam and will miss him.”