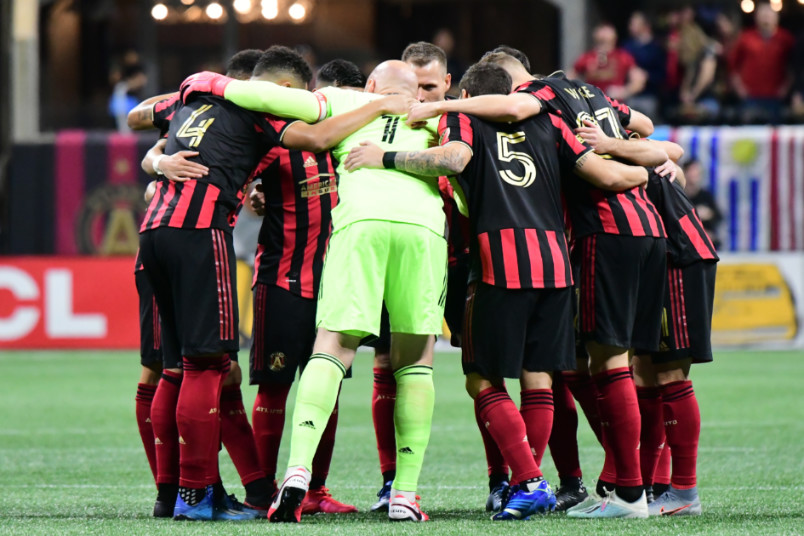 By Clemente Lisi – NEW YORK, NY (May 18, 2020) US Soccer Players – The coronavirus pandemic continues to wreak havoc on sports leagues around the world. National lockdowns have put a pause on Europe’s domestic leagues, while stay-at-home orders across the United States also means that no sports leagues are allowed to take place. Some are starting to wonder whether sports in North America will return in 2020.

South Korea, which has put together a strong effort to curb the spread, is playing soccer and baseball games. Matches now feature cardboard cutouts in place of fans, but it’s a step in a process. The Bundesliga also returned this past weekend with no spectators. Germany’s topflight became the first major soccer league to return to action since the mid-March hiatuses. Since the coronavirus spreads so easily, leagues around the world will be looking at Germany as the model for trying to resume a pro league in the middle of the biggest health crisis the planet has seen in 100 years.

MLS has been in a holding pattern since March 8 following just two matchdays. On March 11, Tigres defeated NYCFC in the Champions League at Red Bull Arena just outside New York, a city that became one of the country’s hot spots for the virus. That was the last professional soccer game played in the United States. Concacaf suspended its club tournament the next day. Two months after the outbreak put American soccer on hold, here’s the status of MLS, the lower divisions, and the US Open Cup.

Just beginning to celebrate its 25th season, MLS has been on hold since mid-March. Commissioner Don Garber, during an appearance last week on the Nashville SC’s YouTube channel, said he’s hopeful the league can resume this year.

“We’re more optimistic about what a return to play plan could look like,” he said, offering no specifics. “I think a month ago we were very pessimistic. I think our country has done a pretty good job of flattening the curve, which is what the objective was.”

Players have been allowed to conduct voluntary individual workouts at team facilities with strict enforcement of social distancing measures. A moratorium on team practices continues through June 1. The Washington Post and The Athletic reported that one proposal would have all teams train at ESPN Wide World of Sports Complex in Orlando starting June 1, with a round-robin tournament or league games set to begin later in the month behind closed doors.

Reports also have MLS asking for an across the board 20% reduction in player salaries. With MLS yet to ratify the new collective bargaining agreement, player pay is an ongoing issue.

With three tiers and 125 clubs, the USL is the largest soccer league in North America. USL Championship, US Soccer’s sanctioned second division, is the top tier, followed by USL League One and USL League Two.

The USL acts in part as a developmental league for Major League Soccer. There are currently 13 USL Championship teams affiliated with an MLS franchise. USL teams matter in the American soccer ecosystem, meaning no games this season could hamper player development and the financial viability of these teams.

The USL Championship, which runs from March to November, and USL League One could still take place this year. The Championship came to a halt with just 16 games played. The league recently lifted its training moratorium. “Small group settings will be limited to up to four players, with no more than one athletic trainer and one member of a club’s technical staff allowed on each field during a session,” the league announced.

The 94-team NPSL became the first US-based soccer league to cancel its season. The league, which features 14 conferences in four regions across the country, plays through the summer with the season starting in May and ending in mid-August. The semi-pro league has been in operation since 2003.

“This action was not taken lightly. Over the past few weeks, the league has spoken to many of its teams and affiliate organizations,” said Kenneth Farrell, who serves as the league’s board chair. “Every situation is different and has its own set of circumstances. The NPSL is balancing the immediate needs of its teams, and ensuring that there is a successful, thriving league for years to come.”

The March 26 announcement means no champion will be crowned for the first time in its 17-year history. The league did say that could still hold its season should the situation improve – although that scenario appears less likely with each passing week. The league’s Members Cup, a competition open to amateurs that runs from August to October, could still happen. The NPSL said on its website that it will “be making announcements about this competition in the future.”

US Soccer suspended the US Open Cup before it began. The 107th edition of the tournament would’ve started on March 24-25 with 19 games between 13 local qualifiers, 14 NPSL teams, and 11 from USL League 2. 23 MLS teams would join in the third round, scheduled for April 21-23. That would’ve set up the round of 32 for this week.

USL President Jake Edwards told Sports Illustrated last month that its 42 eligible teams would likely not participate. The USL would prefer to use what’s left of the calendar to play its season. The NPSL has also said its teams would probably not play.

The tournament’s knockout format also makes it difficult to come up with a schedule. Take out the lower-tier clubs, and the tournament loses much of its appeal since upsets are a significant focus. US Soccer has yet to make a decision or offer a timeline on whether the Open Cup can happen this year.