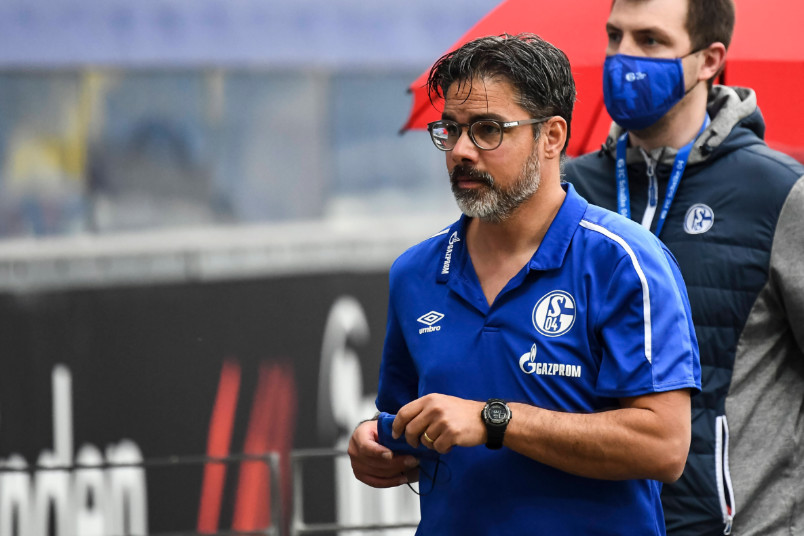 Thursday's soccer news starts in the Bundesliga with Weston McKennie scoring in Schalke's 2-1 loss at Eintracht. Schalke fell behind to goals from Andre Silva in the 28th and David Abraham in the 50th minute. McKennie pulled a goal back in the 59th with Schalke going a man down from a red card to Can Bozdogan in the 78th. Timmy Chandler subbed on in the 81st minute for Eintracht. McKennie saw yellow in the 37th minute.

"We will continue working with this young squad and see what kind of performances we can get out of them in the remaining two games," Schalke coach David Wagner said. "Every game helps to develop such a young team like ours. Knowing how to come back after a poor first-half performance is important for young players. We were in the game more after the break, and our central midfielders did better after a change. The lads were more confident on the ball. We created a few good moments. The lads will continue to put 100% effort into the final two games."

Tyler Adams's RB Leipzig drew 2-2 at home with Alfredo Morales's Fortuna Dusseldorf. Kevin Kampl scored for Leipzig in the 60th with Timo Werner doubling the lead in the 63rd. Steven Skrzybski pulled a goal back for Fortuna in the 87th with Andre Hoffman equalizing two minutes into stoppage time. Morales subbed out in the 82nd minute.

Aron Johannsson subbed out at halftime in Hammarby's 2-2 draw at Elfsborg in Sweden. Elfsborg scored in first-half stoppage time with Paulinho Guerreiro equalizing in the 66th. Alexander Kacaniklic put Hammarby up in the 71st with Elfsborg equalizing in the 84th minute. In Denmark, Jonathan Amon wasn't in the squad for Nordsjaelland's 2-1 loss at Aarhus.

Also in the soccer news, day two of UEFA's meetings brought a European answer to the summer transfer window issue. UEFA announced that it would prefer all of Europe's leagues end the transfer window on October 5. UEFA also announced that Financial Fair Play won't work as normal given the situation with the 2019-20 season. That includes "neutralizing the adverse impact of the pandemic by allowing clubs to adjust the break-even calculation for revenue shortfalls reported in 2020 and 2021, while at the same time protecting the system from potential abuses" and "ensuring equal treatment of clubs where the impact of COVID-19 may be realized in different reporting periods due to clubs’ various fiscal year ends and domestic league calendars."

SI.com's Jonathan Wilson on two Premier League games already giving us something to talk about. The Athletic's Sam Stjeskal explains the broadcaster issues for the MLS is Back tournament. The Athletic's Matt Pentz looks at Vancouver's change in CEO. The Las Vegas Review-Journal's Ben Gotz on the Las Vegas Lights parting ways with coach Eric Wynalda.