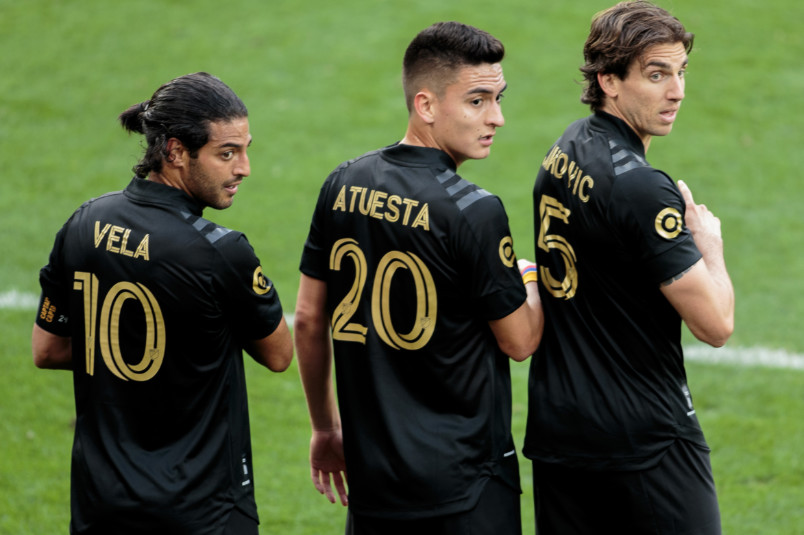 By Luis Bueno – RIVERSIDE, CA (Jun 17, 2020) US Soccer Players – Like the rest of the world, Major League Soccer halted in its tracks due to the Covid-19 global pandemic just two weeks into the 2020 season. And like much of the rest of the soccer world at least, MLS announced its return. Next month, the league will hold a unique tournament that will help MLS try and salvage something out of this otherwise forgettable year. All 26 teams will participate in the MLS Is Back tournament in Orlando, which will feature a group stage and knockout rounds with those group stage results counting toward the regular season.

The best teams, in theory, should come out ahead. That means LAFC should be the favorites. After all, LAFC had an astounding 2019 regular season and looked fairly sharp in the four official matches the club got to play before Covid-19 shut everything down.

However, this is not the regular season. In fact, this is very much different from the regular season. The uniqueness of the situation carries over to the teams on the field. While LAFC gets slapped with the favorites label as the team to beat, it will be a label the club will not deserve. The rest of the playing field has leveled out, partly because of LAFC itself and partly because of the nature of the event. LAFC will not dominate the MLS Is Back tournament the way the club dominated the 2019 regular season, and perhaps the way it would have run the table during the 2020 regular season. There’s next to no risk that what happens in Orlando will chart the course of the rest of the MLS season. Which is a good thing for LAFC, who may not be a tournament team.

LAFC will compete in Group F along with the LA Galaxy, Houston, and Portland. They might be navigating that group shorthanded. Reigning league Most Valuable Player Carlos Vela is reportedly passing on the tournament to remain at home with his pregnant wife. Without Vela, LAFC loses the heart-and-soul of its team, the biggest weapon in any team’s arsenal. Vela scored a league-record 34 goals a year ago and comes up in big moments. The team might be able to account for Vela’s absence in spurts. Over its three group games, the club will certainly miss the firepower and energy Vela offers every time out.

LAFC will also be missing another important piece, its supporters. LAFC matches at Banc of California Stadium are energetic and filled with atmosphere. The crowd chants and serenades its beloved LAFC for 90 minutes-plus, and that has an effect on the games. LAFC had a 13-1-3 home record a year ago and 9-1-7 in its first season. While both of LAFC’s playoff runs ended with home losses, the club has had just two regular-season home setbacks in its first 34 regular-season games. Additionally, when LAFC needed a result at home in a do-or-die situation this year, it got it. LAFC came through with another grand performance, beating Leon 3-0 in its Concacaf Champions League series to advance 3-2 on aggregate.

Disney’s Wide World of Sports facility means no home-field advantage for LAFC. Now, the club has held its own fairly well on the road, a 7-8-2 mark in 2018 and an 8-3-6 record away from home last season. A combined 15 road wins in the last two seasons is a figure only one team can beat. Atlanta had a combined 16 road wins in 2018 and 2019. No other club had more than 13.

LAFC can win in unfriendly environments, but this environment is just bland. There will be no fans present. Instead, it’s teams playing in what will seem like a preseason closed-door scrimmages. That will give no team an advantage or disadvantage. Perhaps the warm weather and humidity might wreak havoc on teams, but it will be the same for both sides. Without a stadium, even the Southeast teams might not have an edge with the weather.

What will hurt LAFC the most is the long layoff the team has had. LAFC bases its style of play on an understanding of one another, relying on the group as a whole to create chances and overwhelm opponents with its precision passing, deft runs, and great finishing. The team has not played a game since early March and has not practiced in full until this week. All teams will be in this situation, but the fact that LAFC will not have its play down will hurt LAFC more than others.

Then there’s the design of the tournament. It is not quite like the World Cup, but similar in that current form counts for a lot. Since no teams have any current form whatsoever, that is an equalizer. Managing the tournament then becomes critical. There will be teams who advance solely because of management. Advancing teams might have held onto wins, might have scored a late goal for an equalizer to steal points from the group leader, or might have played for a point. Teams will not play for wins because they will not have to, at least not in the group stage.

As a team, LAFC doesn’t have much of that to draw from. LAFC managed its Concacaf Champions League schedule well. They didn’t handle its two MLS Cup playoff appearances well at all. LAFC coach Bob Bradley has a wealth of experience managing tournaments, having guided the US out of the group stage in the 2010 World Cup. The moment won’t escape him, but how the players respond will be the biggest question.

LAFC is in an interesting situation here. They enter the tournament as a favorite for MLS Cup. Regardless of what happens, they’ll leave Orlando in the same position. What happens in between could show that they’ve grown into a tournament team. Or it could turn into an unnecessary distraction as the club works towards its real goal.