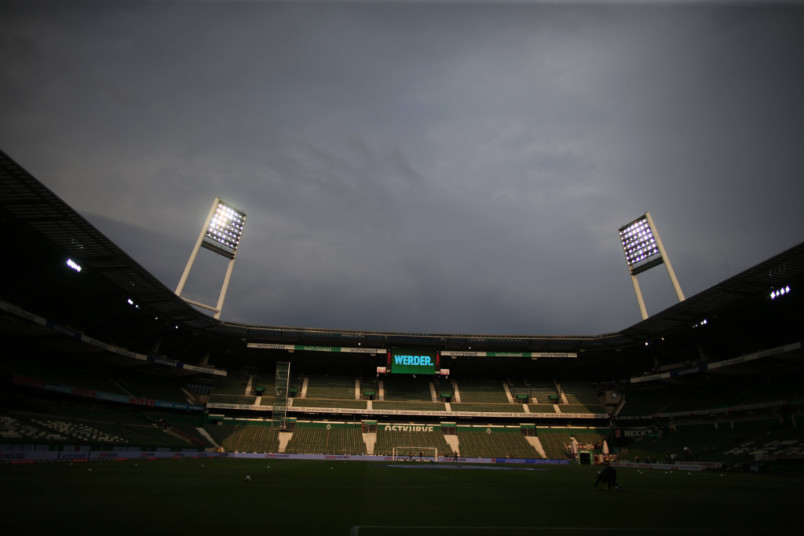 Friday’s soccer news starts with a question that may only be an issue in retrospect. With all of the world’s professional sports leagues impacted by the global pandemic looking to get the games in, will this be the summer of too many options? The Bundesliga is the only major European league that will finish by the end of the month, but we now know the 2019-20 Champions and Europa Leagues will be running into late August. In between, there’s La Liga with at least a game a day and the rest of Europe pushing to finish the schedule. That creates a necessity of games, with broadcasters more than willing to make up for lost time by showing most of them.

What this means for European soccer moving forward is certainly worth asking. If the leagues start their 2020-21 season a few weeks after crowning a European champion, the real offseason already happened. That would be the unplanned intermission in the midst of a global pandemic. Treating that as a break downplays the mental fatigue we all experienced trying to adjust to a new normal. The push to get the games going again was clearly as much about economics as competition. With broadcast and sponsorship deals in play, restarting became an issue as soon as leagues announced that they were suspending seasons. The handful of exceptions like Belgium, the Netherlands, and France now stand in defiance of the status quo. That means playing into the summer while potentially compacting next season as well.

Nobody should think that it’s a direct line from what we’re seeing to some return to normal. We have no guarantee of that. Instead, we get a glut of games right now. What that means for the game as a whole is a good question, one raised alongside the basic ethics of staging professional sports as a pandemic continues to infect large numbers of people.

Again, there’s no clear answer here. The last global pandemic of this type happened during and immediately following the First World War in an era before passenger air travel. That’s an important distinction considering the globalization and ease of transmission we saw with the coronavirus. What happens in one place will soon happen in other places, something that regional and globalized sports now also have to consider.

The collection of local clubs turned global brands that play in the Champions League can go anywhere in the world and draw a crowd. More to the point, they regularly do that every summer. Except for this summer, when resuming the club schedule means games that count on pretty much every day. For some, this is a welcome distraction. For others, it raises uncomfortable questions about a season that some leagues chose to end early or outright abandon.

Europe’s biggest leagues and UEFA’s own competitions would disagree, but it’s worth wondering if Belgium, the Netherlands, and France got it right. The Bundesliga is going to cross the line of completed 2019-20 season first, but with it comes not just competitive questions but ethical ones. Potentially exposing players and staff to situations where the virus can spread. Pressing on without fans in attendance. Changing the scope of the game from what happened up until the decision to suspend the seasons. All of this impacts what we’re watching.

Moving to the soccer news, The Nashville Tennessean’s Drake Hill explains the launch of The Black Players Coalition of Major League Soccer. Atlanta United announced a player testing positive for the coronavirus as did Inter Miami. The NY Times’ Sopen Deb looks at the transmission rate in Florida and potential issues for MLS and other leagues restarting there. With rumors linking USMNT player Fabian Johnson with a move to MLS, MLSsoccer.com’s Greg Seltzer works through the teams that might be interested.

@BPCMLS is about giving BLACK PLAYERS in MLS a VOICE and making SYSTEMIC CHANGE both in & outside of our league.https://t.co/wO79U8iKST#MLSisBLACK pic.twitter.com/t2oaHtzfjD