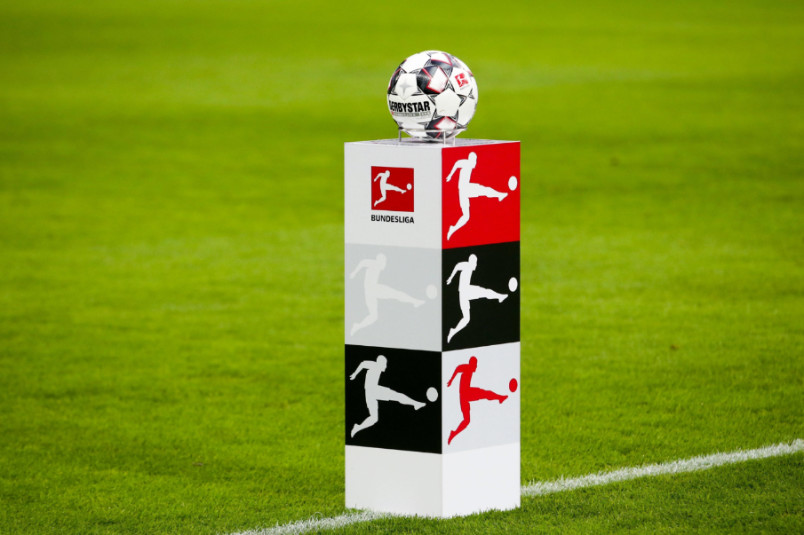 By Jason Davis – WASHINGTON, DC (Jun 3, 2020) US Soccer Players - There aren't many spots on the soccer map to train a spotlight, at least not yet. The Bundesliga's return on May 16 grabbed attention from soccer fans around the world, even those who weren't following the German topflight before the shutdown of global soccer created by the Coronavirus pandemic. Though smaller leagues in a handful of countries never stopped playing, the Bundesliga was the first of the world's major competitions to get back to playing.

Because of the spotlight on Germany's leagues, American soccer fans turned their attention to the handful of their countrymen based there. The Bundesliga's rise as a home for young American players in recent years makes the league easy to connect to for American fans focused on the fortunes of the USMNT. The group of young stars based in the Bundesliga will be at the center of qualifying for the 2022 World Cup.

Giovanni Reyna, just 17, is a super-sub option for coach Lucian Favre at Borussia Dortmund. Weston McKennie is a do-it-all dynamo in Schalke's midfield. Tyler Adams returned from his long injury layoff and is holding down the right-back spot for RB Leipzig. Werder Bremen's relegation fight complicates Josh Sargent's role in the squad, but the 20-year old continues to get significant minutes. The USMNT's number one goalkeeper Zack Steffen belongs as well, though a knee injury is keeping him out of action for Fortuna Dusseldorf.

The German Bundesliga might have been the first major league back, but a couple of other European competitions relaunched their season over the last few weeks. None have the number of American players that the Bundesliga does, but there are Americans back at their trades thanks to those leagues making their returns. The Bundesliga's restart overshadowed the return of other leagues in Germany. Both the second and third divisions are underway and with an American presence.

Julian Green, the Tampa-born former Bayern Munich trainee who played for the United States at the 2014 World Cup, is now a 24-year old forward with Gruether Furth in Germany's second division. Green's path to Furth was a winding one, with stops at Hamburg and Stuttgart before he arrived at the smaller Bavarian club.

Green scored four goals in the early part of the 2019/20 season and started 13 games. A knee injury then sidelined him from the end of November until late January, when an ankle problem put him out of action again. Furth nurtured dreams of promotion this season, but it is now well off the pace for a top-three spot with six games to go. A top-five finish is now the most realistically attainable goal.

It's easy to forget how young Green still is because he got his initial opportunities with the USMNT six years ago at the age of 18. His inability to break in at Bayern Munich took him off of many fans' radar. He hasn't featured for the national team since 2018. Since the restart of Germany's second division, however, Green is fully healthy and back in the starting lineup.

With Green's contract expires this summer, he'll likely be moving on from Furth. That means the runout of the 2.Bundesliga season is a chance for Green to earn a move to a higher level, just as he hits his mid-20s and his prime. The midfielder still has time to play his way into the USMNT picture during qualifying for World Cup 2022.

Green has two starts and a 45-minute appearance as a halftime substitute since the return to play in Germany. His German-American teammate, Timothy Tillman, is also getting minutes post-pandemic suspension. Tillman is 21 and also came to Furth via Bayern Munich, with a loan stop at Nuremberg in between.

Tillman is not yet a full US international, but this status as an American in Germany playing at a high level makes him worth watching this season and beyond. Tillman fills several attacking positions for Furth but does not yet have a goal on the season.

Minutes have been harder to come by for Bobby Wood, currently on the books at Hamburg. The forward last made the game-day squad for his club just before the shutdown of play and hasn't dressed since the return of games in May. Rumors about a possible move stateside have subsided, as would be expected during the pandemic period. It's reasonable to think Wood will be moving on from Hamburg after the season ends.

Still just 27, Wood's national team career is far from over. With his speed and industry, the Hawaii-native is a candidate to return to Greg Berhalter's player pool if he can find consistent minutes and goalscoring form. The USMNT's forward pool is much shallower than that of the midfield, making it possible Wood will be back.

The German league system was joined by another country's Bundesliga this past weekend when Austria's top league returned to play. The Austrian league is not just the home of another American player, Erik Palmer-Brown, on loan at Austria Wien, but an American coach in Jesse Marsch of Red Bulls Salzburg.

The two Americans are in different groups as the league resumes. Austria splits its 12-team league into a championship group and a relegation group at the end of the season, with the former group playing off for the champions home-and-away, while the latter does the same to determine relegation.

Marsh's team sits atop the standings of the championship group, though it took a massive 12-point penalty levied against LASK for unauthorized full team training to lift Red Bull to the top of the standings. An appeal by LASK is certain. For the moment, Marsh and his team own the inside track on the championship.

Palmer-Brown is a fixture for Austria Wien in his first season on-loan with the club from Manchester City. The former Sporting Kansas City homegrown started 14 games during the regular season and played all 90 minutes in a 1-0 win over Admira in the first round of the relegation section of the season on Tuesday. Palmer-Brown is 23 and still maturing as a player. He'll also likely be in the mix for the US Olympic team next year thanks to FIFA's ruling that players remain age-eligible.

With other leagues soon to return, the spotlight on the Bundesliga will shift. Right now, it's an opportunity to keep an eye on a short list of USMNT players.