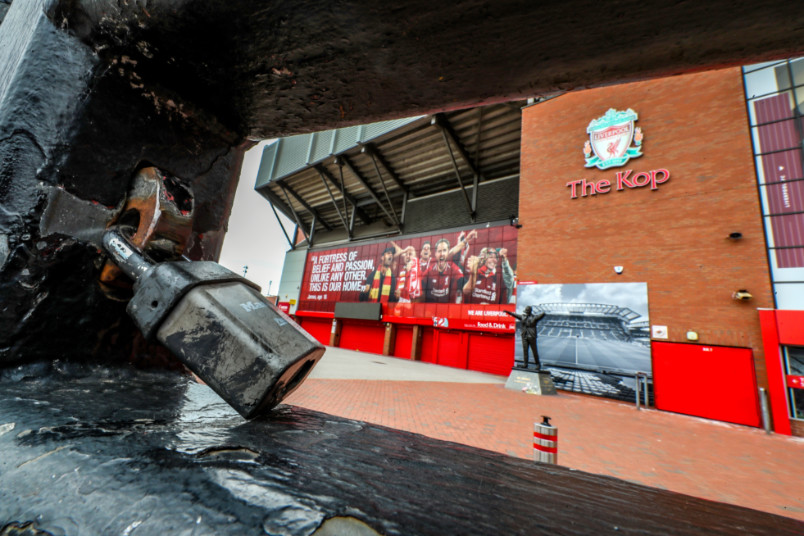 By Jason Davis – WASHINGTON, DC (Jun 5, 2020) US Soccer Players – For nearly a month, every notable soccer league in the world has been chasing the Bundesliga in the quest to get back on the pitch. Thanks to a competent response by the German government and willingness by all parties to work out a safe, controllable system, Germany’s top-flight soccer competition is well on its way to completing its season by the end of June.

Pressure applied by that date undoubtedly played a role in the Bundesliga returning to play. Player contracts and loan deals typically expire at the end of a season, and the European season has never before extended into July. The Bundesliga avoided any complications by getting back on the field, a move that also helped stem the financial losses.

Every league is suffering through a massive reduction in revenue brought on by the coronavirus shutdown. Major League Soccer commissioner Don Garber said his league will miss out on $1 billion in revenue this year. Divide that by 26 teams, and it makes more sense. That number will be significantly higher for more popular leagues like the English Premier League.

It’s with those numbers in mind that we watch the Premier League prepare for a relaunch sometime in June. Unlike the Bundesliga, the Premier League won’t finish the remaining rounds before the end of June and the expiration of any player contract in its final season. Considerations are in place to allow player contracts to extend past their original expiration. It’s one of the many factors provided in light of the pandemic.

The Premier League has other reasons for completing the season, including promotion and relegation for next season. Failing to play out the campaign in some form opens up the competition to legal challenges from clubs sent down to the Championship through some alternate method. A truncated season with teams relegated on points-per-game calculation doesn’t meet the prevailing standard of competitive integrity. That’s the polite way of saying clubs and their supporters will complain loudly.

Then again, games played behind closed doors aren’t exactly “fair” in the normal sense, either. Teams at the bottom end of the table might cry foul over their late-season home games now devoid of any buoying atmosphere. English soccer history is full of clubs who staved off the drop on the final day of the season in front of an energized home crowd. There will be no such occurrence in 2020.

The relegation fight is more complicated than the battle for the title in the Premier League, largely because there isn’t one. Liverpool sits atop the table in England, 25 points ahead of 2nd-place Manchester City. The Reds charged out to that massive lead via 29 games in which they dropped just five points. Liverpool’s quest to match Arsenal’s “Invincibles” season of 2003-04 when the Gunners went undefeated on their way to a championship, came to an end on February 29 with a loss to Watford. Liverpool needs six points to claim the title trophy unless Manchester City drops points. Because City has a game in hand on Liverpool, the defending champions will reportedly face Arsenal before Liverpool faces Everton in the club’s return to play.

It’s possible, then, that Liverpool will clinch the title with a win in the first game back following the shutdown. Under normal circumstances, the occasion of the title-winning victory would spark a massive celebration in Liverpool, especially with the Merseyside Derby game taking place in town, less than a mile away from Liverpool’s home venue of Anfield.

Under these circumstances, the Reds may be lifting a trophy in front of empty stands while practicing post-game social distancing after the first performance of the restart. It’s not the glorious coronation Liverpool had in mind when the season began and certainly not the way they hoped to end their long drought between league championships.

It’s been long enough since Liverpool won a domestic championship that the Premier League didn’t exist the last time it happened. Liverpool’s last title came in 1990 when the top-flight in English was still called the First Division and massive TV money hadn’t yet changed the game.

To put a point on the differences between the First Division of then and the Premier League of now, Liverpool’s championship team in 1990 including only four players from outside of the British Isles. This year’s squad has 13. Back in 1990, the club’s record transfer was 2.8 million, paid for forward Ian Rush. In 2020, it’s 75 million paid for defender Virgil van Dijk.

Liverpool has had a few close calls in the years since that latest championship. In 2014, the Reds looked headed to a title under manager Brendan Rodgers until a late-season slip, quite literally, on the part of legendary midfield Steven Gerrard, allowed Manchester City to pass them.

Liverpool’s success in the Champions League during the Premier League era, winning the tournament in 2004 and last season, took some of the sting out of the title drought. That’s why this season was lining up to be so special. Off of the back of that Champions League title in 2019, the club was about to lift that long-awaited Premier League trophy.

The coronavirus put an end to the march and spoiled the party. Even as Liverpool prepares to claim the championship in a few weeks, the nature of the triumph will be awkward and unsatisfying. Liverpool essentially won the title before the coronavirus shutdown, meaning it’s probably unfair to attach an asterisk to the championship. Fairness won’t have much to do with how this season goes down in history.

The increase of substitutes to five. The lack of home fans. The compressed schedule. The deficit of fitness. Even the psychological impact of constant COVID-19 testing. All of it makes the remaining part the Premier League campaign different enough from the portion played under “normal” conditions that we’ll never view 2019-20 as normal. It only follows that Liverpool’s title ends up in the same light.

Adding to that is the record book. Liverpool could pass Manchester City’s 100 points in a season set in 2017-18. If that happens, the debate over the achievement will hit cacophonous levels.

It’s hard to feel bad for Liverpool. Maybe the club’s fans can make peace with the strange nature of the title. Still, there’s that nagging question as teams prepare to see out the season in empty stadiums. If a club wins a title and there’s no one there to see it, does it matter quite as much?