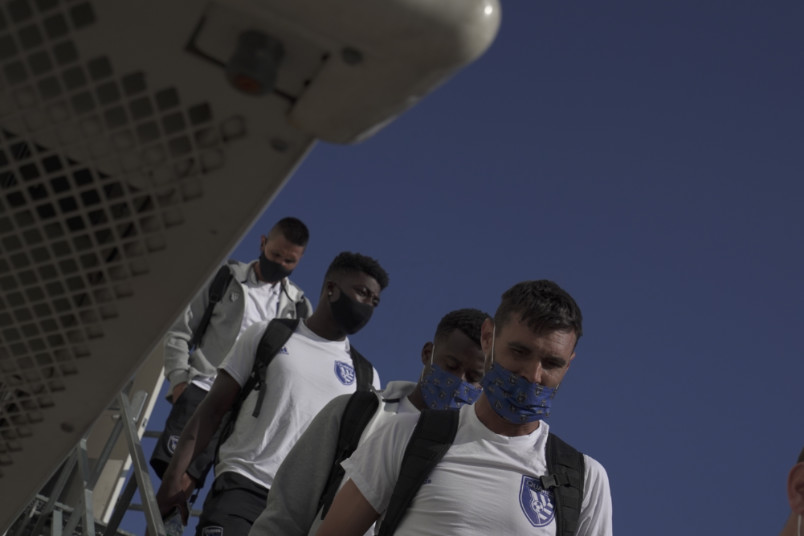 By J Hutcherson (June 30, 2020) US Soccer Players – Let’s assume that the bubble holds. Major League Soccer makes it through their MLS is Back tournament as planned. There’s no additional hiatus, no crisis moment, and all involved play out the schedule as if it’s business as usual. Even better, the concentrated environment improves play, leading to a bitter fight for a championship that resonates across seasons. That’s what the league wants, right? It’s the proof of concept for getting the jump on the NBA and NHL while also following their lead. The safest return to sports is centralization or regionalization, removing the risk of playing at home.

It’s still introducing a major set of risks. First is the obvious one in the midst of a global pandemic and a local hot spot. The virus may not cooperate. The precautions may not be enough. MLS could be introducing a set of circumstances that could quickly turn against them. Sure, they have data from what the NWSL is currently doing in Utah. Except Utah isn’t the greater Orlando area. The situation is different, separated by over 2300 miles and state and local responses to the pandemic. There’s also the logistics of eight teams in the NWSL tournament rather than the 26 due in Orlando. Do we need to mention that the missing NWSL team left out due to virus testing is the one from Orlando?

While there are pertinent, if not exactly good, reasons that some teams are already at the Disney resort, that too is an issue. San Jose came in last week because local ordinances weren’t allowing full team practices back home. Three teams joined them by the end of the week, a small percentage of the league and its own interesting situation. If there’s any benefit for spending more time in Florida, the Quakes, Orlando City, FC Dallas, and NYCFC will need to prove it on the field. If there isn’t, it’s simply more time for something not to go the league’s way. That may have already happened with Sunday’s press release outlining 18 player positives and six from staffers from the clubs not at the facility.

Those are the problems stemming from going to Orlando in the first place. It’s a pandemic with no vaccine and no set of effective treatments. There’s no clear way forward to resuming the season in local markets due to the wide array of government responses and situations. This isn’t Germany, England, Italy, or Spain. Instead, it’s a massive country with states and the federal government not necessarily running their responses from the same playbook.

So here is MLS, hoping for things to fall their way just to get the games going. It’s still worth asking why MLS went with a tournament, sending teams home at the end of the group stage and round-by-round only to have them once again waiting. We don’t have a regular league schedule. That’s too difficult to predict at this point. Instead, we have a World Cup style tournament that requires substantial buy-in from everyone not employed at the league office.

Giving MLS an equally substantial benefit of the doubt, what if it works? What if having all the players in the same resort playing a quick run of games not only concentrates the schedule, but the effort? These games count as much as the players invest in them, potentially turning an odd stopgap solution into something worth watching. Even the ridiculousness of the environment could play into that.

Imagine, you’re on the grounds of “the most magical place on earth,” but it’s out of reach while you focus on professional soccer. You’ve ceded almost all personal control in this situation, everything from where you can go, to what you’re eating, to how you spend your time. Ridiculous chases bizarre in this circumstance, with the only meaningful contact your team, staff, and the occasional interaction with the 25 other clubs in your league. This could potentially go on for weeks. Imagine if the Earthquakes subvert form and make a run? They could have players considering a change of address by the time this is over.

Again, MLS is operating for that best case scenario. Instead of boredom alongside physical and mental fatigue setting in, all involved respond to a scenario where they have nothing better to do. Game at 9am meaning an early morning and the rest of the day empty? You bet it’s worth getting food at 5am and reworking your game day prep. That crucial final group stage game with seeding on the line against a team you barely remembered was in the league? It’s the game of the season. Saying goodbye to teams that exit but get to go home? That’s a tough one, but it’s only one of those many obstacles for this tournament to work.

So for the benefit of all involved, let’s imagine that on August 11 MLS puts on a final that is the kind of soccer we all want to see regardless of circumstances. Maybe it ends up being a rivalry game between two teams that know this schedule is the only one that they have. If this is going to be their best opportunity at a trophy, take it now. Play like the virus isn’t going to cooperate, that resuming the regular schedule could prove impossible. Let what we can all admit is a silly concept count for considerably more than it’s worth in theory. MLS is Back, but it may not be back for long. If this is the moment, take it.

That’s not only the best outcome from a process that included a nice reminder of how this league would prefer to treat organized labor, it’s potentially more important. It’s something to build on. As unlikely as that might seem in late June, MLS in the bubble could end up creating a better league. It’s not even close to a given, but it’s something that could make the sizable risk of relocating to Orlando maybe worth the effort. We’re still talking about disrupting the lives of everyone required to relocate at an unprecedented time. That part is what’s so difficult to overlook just to get each team to five league games played this season.