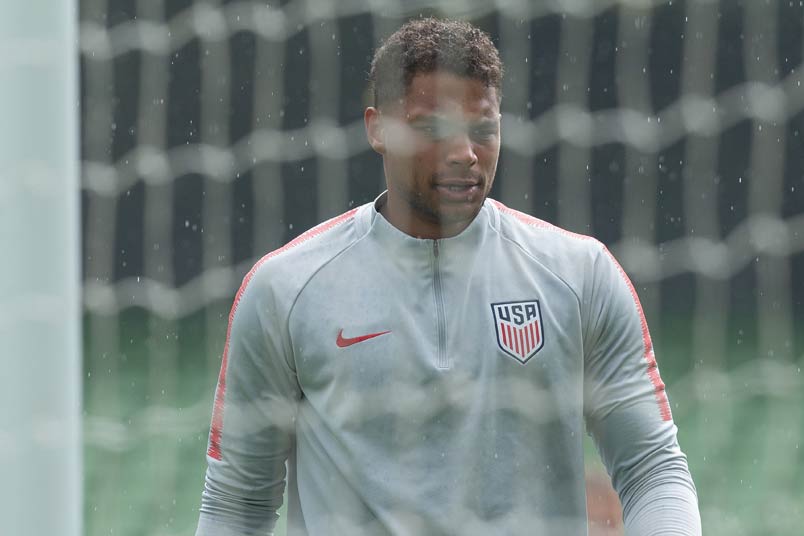 By Charles Boehm – WASHINGTON, DC (Jul 16, 2020) US Soccer Players – European leagues are finally reaching the conclusion of their 2019-20 seasons after the interruptions imposed by the COVID-19 pandemic. Conversely, their new campaigns will arrive more quickly than usual for the same reason, as most of them have signaled their desire to make up for that lost time with an abbreviated offseason.

So it’s not a bad time to look ahead to what’s coming for Americans on the Old Continent. From their team goals to their individual situations, both the transfer window and the new year look likely to be eventful ones for many.

We already know that several USMNT players across the pond are shifting to new surroundings in one form or fashion. Zack Steffen’s loan at Fortuna Dusseldorf is over. For the time being, he’s a Manchester City player, period. Some reportshave him moving into pole position to be Pep Guardiola’s #2 behind Ederson next season. Some pundits have suggested that being a backup could endanger his place in the USMNT setup. This pundit would respond that a regular spot on the gameday roster of one of the world’s biggest clubs is a decent place for any American to be.

Other loanees waiting on confirmation of their next destination include Matt Miazga (Chelsea on loan to Reading) Cameron Carter-Vickers (Tottenham Hotspur on loan to Luton Town), and Erik Palmer-Brown (Man City on loan to Austria Vienna). We’ll see if any of their temporary homes bid to keep them, or whether they go somewhere new for the Fall.

It bodes well for the overall health of the player pool, and by extension the USMNT, that this is a long list. Tyler Adams, Christian Pulisic, and Gio Reyna are all central to their respective topflight clubs and correspondingly carry long-term deals. They’ll have to keep fighting for steady minutes at RB Leipzig, Chelsea, and Borussia Dortmund, all of whom maintain real trophy ambitions both at home and in European competition. Lille’s Tim Weah may join that group, though his struggles with injuries continue. That will probably be his prime focus for the time being.

Konrad de la Fuente has yet to step up to the senior USMNT, but he is playing in FC Barcelona’s system. The Blaugrana affirmed their belief in his ability with a contract extension until 2022. He may get his best chance get as the Spanish giants head into what many expect will be a major transition both within the squad and at the boardroom level. Timmy Chandler enjoyed a solid season for Eintracht Frankfurt as they finished in the top half of the Bundesliga table. He’s also under contract until 2022.

Several Americans retain hopes of helping their teams earn promotion, or have already done so. That list starts with Tim Ream, who has been a mainstay for Fulham in their quest to return to the Premier League. It also includes Andrija Novakovich at Frosinone in Italy’s Serie B. Up in Scotland, Ian Harkes played a part in Dundee United’s second-division title. He’ll soon get to test himself in the SPL.

As for others in the second tier, Duane Holmes and Derby County made a push for the English Championship’s playoff places early in the return to play. They’ve since lost some momentum and may have to settle for consolidation with an eye towards next season. Geoff Cameron has signed a one-year extension at Queens Park Rangers, who currently sit 16th in the 24-team Championship and will demand improvement for ’20-21.

Julian Green seems to have found a stable home at Greuther Furth in the 2.Bundesliga. He’ll aim to spearhead a sustained promotion push after finishing in the dead-middle of the table this time around. Lynden Gooch is in a similar spot at Sunderland, a proud club still stuck in England’s third tier. It will take a substantial offer to pry him away from the Black Cats.

Meanwhile, Shaq Moore continues to grind at Tenerife in Spain’s second tier. Given the centrality of technical and tactical sophistication in that country, it would be no surprise if Gregg Berhalter is keeping track of the pacey fullback.

DeAndre Yedlin’s Newcastle United dodged relegation troubles for another season. For better or worse, that’s become their prime metric of success under owner Mike Ashley. That may change with the reportedly impending takeover of a wealthy Saudi Arabian group. Rumors and reports have linked Yedlin with a transfer elsewhere, so the fullback’s future could be a topic to watch in the coming weeks.

Aston Villa isn’t quite so lucky as the Magpies, and their final fate could impact Indiana Vassilev. The young Bulgarian-American recently signed a new contract, seems happy at Villa Park, and looks like a logical piece to build around if they crash out of the EPL. Still, upheaval is never far away when relegation strikes, so his situation bears monitoring.

Wigan Athletic is staring at a 12-point deduction for going into administration due to a chaotic sequence of events at the ownership level. They’re trying to climb far enough up the Championship table to keep it from dooming them to League One. Either way, Antonee Robinson appears to be back in the shop window. The fullback is performing at a high level after he underwent surgery to fix a heart issue that sank a winter move to AC Milan. He might be the Latics’ most valuable on-field asset right now.

Alfredo Morales’s situation could change soon as well. The central midfielder more than held his own over 27 Bundesliga appearances for Fortuna Dusseldorf. Given his contract situation and the relegation, he could be in a position to move back into topflight soccer.

Ethan Horvath is also said to have just one year left on his deal with Belgian powers Club Brugge. Reports of a move elsewhere have made the rounds. Bobby Wood and his Hamburg teammates suffered a crushing defeat at the threshold of the Bundesliga’s promotion playoff, a setback that could well prompt a deeper overhaul.

That takes us to the welcome and relatively rare development of two USMNT players among the most hotly-discussed names of the silly season transfer circus.

Sergino Dest looks like Ajax’s latest hot commodity. Ajax is an established selling club. It seems like a matter of time before he ends up with one of Europe’s elite. No less than Barcelona and Bayern Munich are showing interest, which underlines that the sky is the limit for the USMNT defender.

You can also expect to hear plenty more about Weston McKennie in the coming days. His long and inspiring stint at Schalke 04 could be winding towards a close as the Miners face a sobering financial picture and a sad, steady slippage out of Germany’s upper crust. He’s already linked to Liverpool. Even if the versatile Texan doesn’t wind up at the English champs, he stands to benefit from new challenges and a fresh setting.