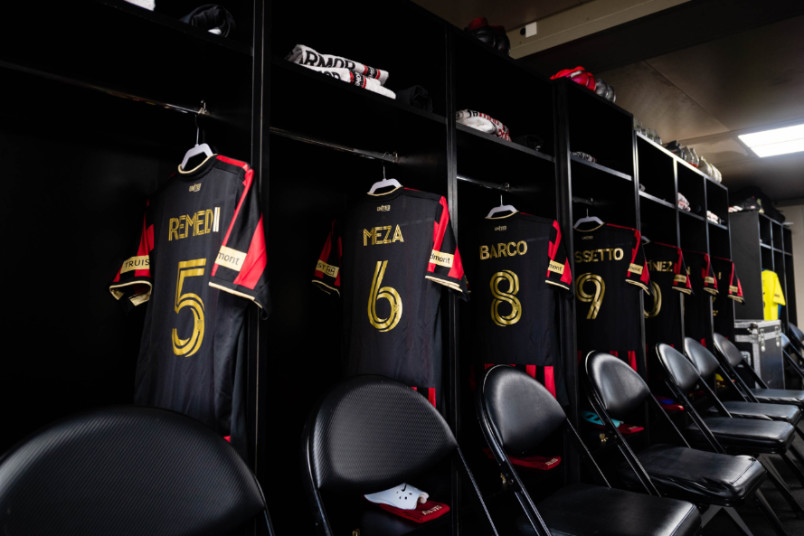 By Jason Davis – WASHINGTON, DC (Jul 17, 2020) US Soccer Players – MLS is Back is late-night kickoffs, questionable defending, and wild finishes. MLS is Back is dramatic emotional swings, uninhibited celebrations, and unexpected heroes. MLS is Back is last year’s also-rans putting on the best show at the tournament so far.

MLS is Back is also breakfast-time kickoffs, silly red cards, and underwhelming performances. MLS is Back is strange coaching decisions, outbursts of frustration, and surprising upsets. MLS is Back is this year’s favorites falling short against last place fodder.

Over 12 hours from Wednesday night to Thursday morning, MLS fans received a mind-bending crash course in everything MLS is Back can be both the good and the bad, from the quality of play to the entertainment value of the games. There might even have been a seed planted for a post-tournament future when clubs must reckon with the way their stays in Orlando played out.

Wednesday’s clash between the Vancouver Whitecaps and the San Jose Earthquakes didn’t exactly arrive dripping with potential. The Quakes opened up the tournament with a “gritty” and “effective” goalless draw against group favorite Seattle. San Jose’s evolution under head coach Matias Almeyda has been a fascinating watch. While his commitment to an intensely physical, man-marking style makes his team difficult to play against, the overall talent level of the Quakes keeps them from contending.

Almeyda is the warrior-poet of MLS, as intent and serious about his approach to the game as he is passionate and excitable about the moments the game presents. An Almeyda goal celebration is an explosion of communal joy devoid of any self-consciousness. Every feeling Almeyda has gets expressed. Though that makes the man himself endlessly fascinating, it doesn’t mean his team is always exciting to watch.

Vancouver is in a constant state of rebuild, and 2020 is no exception. The grand shifts in the roster, coaching staff, and leadership over the last two seasons might be positives for the long term. They haven’t helped the club be more competitive on the field. Under normal circumstances, the Caps would feature club-record signing Lucas Cavallini, the kind of marquee name that might turn a head or two towards Vancouver in a regular-season schedule.

Cavallini didn’t make the trip to Orlando. Due to rescheduling, a lesser version of the Whitecaps took the field on Wednesday in their first match to face San Jose with almost no expectations.

We should have known better. This is MLS, after all. Even with the strange conditions of the MLS is Back tournament, there’s always a chance that the most overlooked game will turn into the wildest affair. San Jose’s insane 4-3 victory, a win earned after a comeback from two goals down and finished off by Salinas’s goal a full nine minutes into stoppage time, delivered on the latent MLS promise that the unexpected is always possible.

The match was not an advertisement for the league’s presumed burgeoning quality of play. As exciting and heart-attack-inducing as the contest turned out to be, it also had more than a few comical moments of incompetence.

San Jose’s comeback might not have been so difficult if not for a pair of goals gifted to the Whitecaps through simple mistakes. The first came on an own-goal by midfielder Judson when the Whitecaps’ Yordy Reyna broke away towards the Quakes goal following a San Jose corner kick. San Jose left no one back to cover for the possibility of a counterattack, forcing Judson to race 80 yards in a bid to stop the chance. Instead, Judson’s attempt to intercept Reyna’s square pass resulted in the Brazilian putting the ball in his own net. Goalkeeper Daniel Vega then gifted the Whitecaps another one in the 59th minute when he played an ill-advised pass out of the back.

The rollercoaster ride that Vancouver and San Jose took us on is a reminder that quality of play and entertainment value don’t also go hand-in-hand. Let’s forget for a moment that every league in the world has its fair share of foibles and follies. MLS finds itself caught between a desire to improve and play a better brand of soccer across-the-board and the reality that sometimes bad soccer makes for fun games.

The energy on Thursday morning for the 9am Eastern time kickoff between Atlanta United and FC Cincinnati in Group E was very different. Morning starts might be necessary for MLS to squeeze in all of the group games ahead of the tournament’s knockout rounds, but they don’t make for the best soccer.

Even that early, the heat of Orlando has a desultory impact on play. With the sun out and humidity rising, matches played in the morning time slot tend to be slower and less cohesive than the ones played at night. For clubs who need points following opening match losses, that’s a recipe for trouble.

It’s hard to say if the expectations for Atlanta United coming into the Orlando tournament were unfair. Remember, United arrived without Josef Martinez and was still trying to adjust to life without Julian Gressel and Darlington Nagbe. Still, Atlanta projects an attitude of ambition at all times. Even with the questionable importance of MLS is Back in mind, Frank de Boer and his team carried the burden of a demanding fan base.

United’s 1-0 loss to FC Cincinnati on Thursday morning is a disaster if the club cares about winning MLS is Back. The Five Stripes entered the match after a 1-0 defeat against the Red Bull. They needed three points from a poor FC Cincinnati team that gave up four goals to the Crew in their opener.

Jake Mulraney’s second yellow card inside of 27 minutes negated Atlanta’s talent advantage. It also turned the game into a boring stalemate. Frankie Amaya’s individual effort on a brilliant 76th-minute goal won the game for FC Cincinnati. The three points are a lifeline for the second-year club under new head coach Jaap Staam.

Cincinnati seemed uninterested in taking the game to Atlanta, perhaps a natural reaction to the rout against Columbus in the first match. Atlanta can hardly be judged fairly with the early red card unbalancing the game, but de Boer remains under pressure to figure out what ails the United attack. Josef Martinez is not walking through the door.

Atlanta’s transition from the Tata Martino era into the club’s 2.0 version always presented a potential stumbling block. Successful clubs that build winning reputations don’t do it in two years. It takes sustained success and the ability to navigate change to turn an outfit in a perennial force.

For United, the pains of change are coming to a head inside the Orlando bubble. Atlanta still has one more shot at grabbing points. Thanks to the forgiving format, they could still make the knockout rounds.

MLS is Back is a lot of things. It’s not the best version of MLS, but it remains capable of throwing up those legendary MLS surprises.