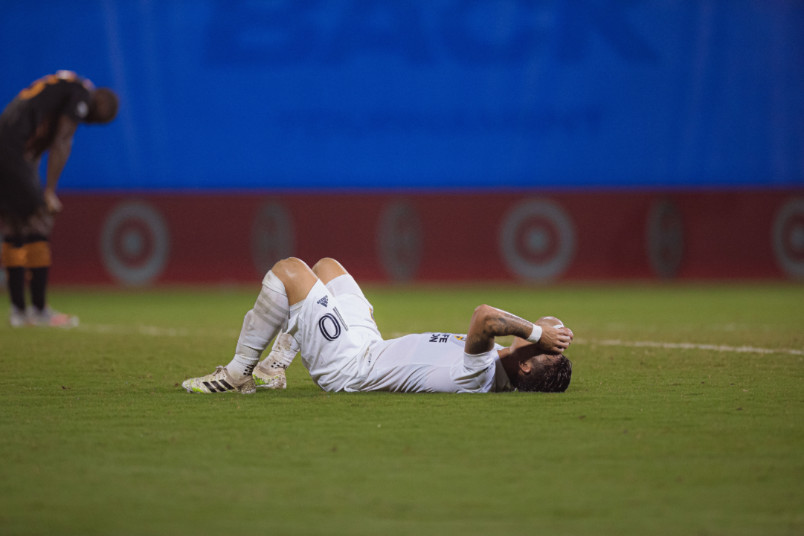 Friday’s soccer news says goodbye to the group stage at MLS is Back. Major League Soccer’s combination of tournament and games that count in the league standings ended with two draws, setting the field for the round of 16. The LA Galaxy and Houston Dynamo both exited the tournament following a 1-1- draw to conclude Group F. Darwin Quintero put Houston up in the 17th with Cristian Pavon equalizing from the penalty spot a minute into stoppage time. Houston finished 3rd in the group with the Galaxy 4th.

“Definitely, we are gutted, and we should be,” Houston defender Zarek Valentin said. “It is always difficult to give a goal so late in the game. Before any of you guys ask, I am sure Victor (Cabrera) and I have to look at a replay (of the late penalty decision). “It is really tough because you mark really tight on corners and then something happens, a call is made, and we don’t have a replay or anything. There is no jumbotron or anything like that. So, it is really tough. Ultimately, I think our team made strides in this tournament. I hope we have a season in some shape or form to keep progressing.”

In Group F’s other game, LAFC and Portland drew 2-2 with the Timbers advancing in 1st-place and LAFC in 2nd. Jaroslaw Niezgoda put Portland up in the 7th minute. Bradley Wright-Phillips equalized for LAFC in the 36th and Mark-Anthony Kaye gave them the lead with a 40th minute goal. Jeremy Ebobisse equalized in the 81st.

“We knew LAFC was going to be a very difficult team to play against,” Portland coach Giovanni Savarese said. “I felt the first 30 minutes, we had the better of the play. We definitely moved the ball well. We were dangerous. We were the better team. And the last 15 minutes of the first half, unfortunately, our legs became a little bit tired. They started finding more space. They became a little more dangerous.”

MLS is Back moves to the single-elimination knockout round beginning on July 25.

In Sweden, Mix Diskerud’s Helsingborg drew 1-1 at home with Orebro. Down a goal from the 4th minute, Brandur Olsen equalized five minutes into stoppage time. Aron Johannsson subbed on in the 76th minute for Hammarby’s 3-0 loss at Malmo. Hammarby fell behind in the 28th minute with Malmo adding goals in the 36th and 46th.

The LA Times’ Kevin Baxter with the end of the Galaxy’s run at MLS is Back. MLSsoccer’s Charles Boehm on LAFC advancing but not impressing. The Daily Herald’s Orrin Schwarz with Chicago’s exit from MLS is Back. ESPN’s Tom Marshall has Liga MX’s return with a shift to the schedule due to the pandemic.

SI.com’s Avi Creditor previews the end of the Premier League season. The Independent’s Miguel Delaney also looks at the Premier League’s finale. The Athletic’s Michael Cox explains what Christian Pulisic does on and off the ball for Chelsea.

Do you agree with the call that helped knock Houston out of the tournament? #MLSisBack pic.twitter.com/DYF0NvDKrE

Two teams with USMNT players square off for the DFB Pokal trophy before the final two matchdays of the 2020-21 Bundesliga season.

FIFA president Gianni Infantino is openly questioning the economics of club soccer, something that is becoming a growing concern even for elite clubs.