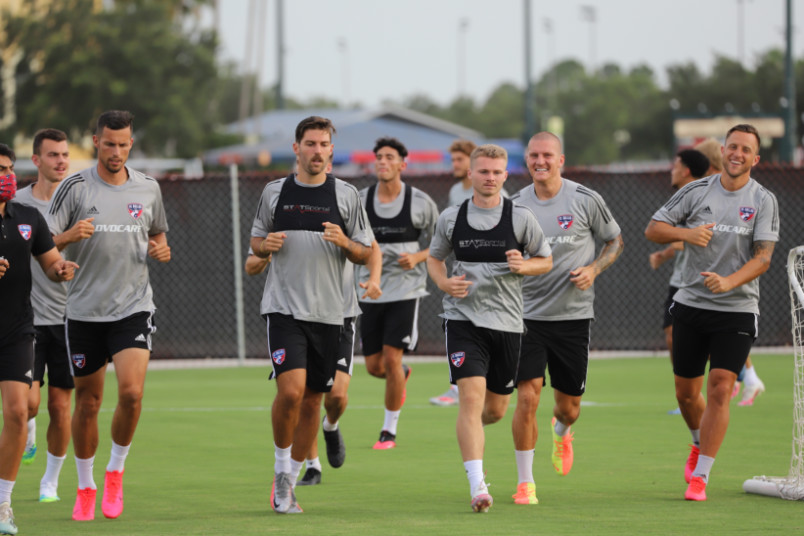 By Jason Davis – WASHINGTON, DC (Jul 3, 2020) US Soccer Players – Major League Soccer’s pandemic shutdown rendered the league’s primary transfer window effectively useless. While sports around the globe sat idle and no clear plan for a return-to-play existed, MLS clubs lacked the impetus and the information to sign new players. Even if they could bring in new talent with travel restrictions and stay-at-home orders in place, there was no reason. No one knew when the games would resume.

With the MLS Is Back tournament imminent, the temperature of the transfer market has changed. Clubs are now scrambling to do business. It’s not just for the games set for Orlando starting next week. It’s also for whatever kind of abbreviated regular-season MLS can conduct when teams adjourn from Central Florida.

In some cases, clubs don’t have the option to include signings made now in their MLS Is Back tournament roster. MLS announced on Wednesday a brief two-day window from July 6 to July 7. A handful of players acquired over the last six months will complete their moves during that window. FC Dallas will add striker Francisco Jara, signed in January with the expectation he would join the team in the summer window. LAFC will add the recently signed Andy Najar. Argentine midfielder Brian Galvan and MLS veteran Collen Warner join the Rapids.

No players signed with Targeted Allocation Money or on Designated Player contacts will be allowed in the tournament. That news was enough to cause Inter Miami sporting director Paul McDonough to express some frustration publicly after his club secured the return of former Atlanta United defender Leandro Gonzalez Pirez to MLS.

“The only thing I don’t like about (the deal) is I can’t have him in Disney,” McDonough told The Athletic. “Certain guys can play. Certain guys can’t. He comes into the TAM threshold, so the league will not let him play. If you’re a non-TAM (signing) then you can play. The league has ruled on this. I don’t understand it. I don’t agree with it. But it is what it is. I’ve told the league that, but that’s just the way it goes.”

Sussing out the reasons for that seemingly arbitrary decision by MLS is difficult. It could be that the league doesn’t want to add highly paid players to rosters after the antagonistic negotiations between owners and the players union ahead of the Orlando competition. The logic behind the league’s ever-shifting roster rules and salary designations have never been straight-forward. It doesn’t seem likely the league will provide anything other than indirect explanations. If even McDonough is confused, we can have little hope.

Atlanta United is in a similar situation. Speedy wing player Jurgen Damm is officially a member of Frank de Boer’s team after leaving Tigres, but he won’t appear in the MLS Is Back tournament. Atlanta fans will have to wait until the post-tournament schedule to see the 27-year old Mexican international make his first appearance for the Five Stripes.

Inter secured Gonzalez Pirez’s MLS return from Club Tijuana by taking advantage of the moment. A moment created by both the effects of the COVID-19 pandemic on the market for Liga MX players and that league’s recent move to limit the number of foreign players on club rosters. Club Tijuana needed to move foreign players to reach compliance with Liga MX’s new 11-player limit for foreigners in addition to the obvious financial benefit it would bring. Despite Gonzalez Pirez’s strong resume, the asking price was never going to be a deal-breaker for Miami.

Inter got a potential rock at a center back at a discount. Liga MX teams have taken serious financial damage from the pandemic. While several clubs are owned by large corporations that can absorb the losses brought on by COVID-19, Tijuana has lesser resources. The pressure to bring in money in the short term is intense. MLS teams are in a position to benefit.

MLS clubs are losing money as well, with Don Garber stating the league faces losses of a billion dollars due to the pandemic. However, MLS has the safety net of shared risk through single-entity with a number of billionaire owners capable of absorbing the hit. The league’s conservative approach to increasing spending doesn’t indicate a massive uptick in that area even if talent is available for lower prices. Even within the restrictive salary budget structures in place, the league could take advantage of the pandemic-hit player market.

Damm’s move to Atlanta points to the rising reputation of MLS in Mexican football circles and the limits on Mexican soccer’s long-standing practices.

Atlanta did not pay a transfer fee for Damm. He arrives in MLS on a free transfer following the conclusion of his contract. In the past, he would have likely remained with Tigres thanks to the “pacto de cabelleros”, an unofficial agreement between Liga MX clubs that prevents other clubs from signing a player who is out-of-contract. Effectively collusion among Mexican soccer owners meant to depress wages and deny players free agency, the pact only worked because Mexican players were either unable or unwilling to find better opportunities abroad.

Major League Soccer’s improvement and greater willingness to spend is combing to make the owners’ agreement irrelevant. In a global soccer economy, restricting player movement within Mexico is only going to push players out of the league. When Mexican players had limited options, that reality rarely hit Liga MX. Now, in a period of change exacerbated by the financial pressures of the pandemic, Mexico’s old ways look untenable.

The dam, no pun intended, is breaking. The question moving into the rest of 2020 and beyond is whether the cracks are repairable. Liga MX’s adjustment to the limit on foreigners will be a temporary boon for MLS since players leaving the Mexican league will need new homes. Once that shift is over, it will be on MLS to make itself attractive to the caliber of players who previously looked to Mexico for a larger payday.

The erosion of the pacto de cabelleros will play out over a longer timeline. If Damm finds success in Atlanta, his example may push other Mexican players to simply play out their contracts with an eye toward a move north. MLS can offer top-notch facilities, high quality of life, and a less-pressurized environment, all a few hours by airplane from Mexico.

MLS clubs are back in the market, making moves for both the present and the immediate future. The pandemic got in the way, but nothing can stop the march of progress.