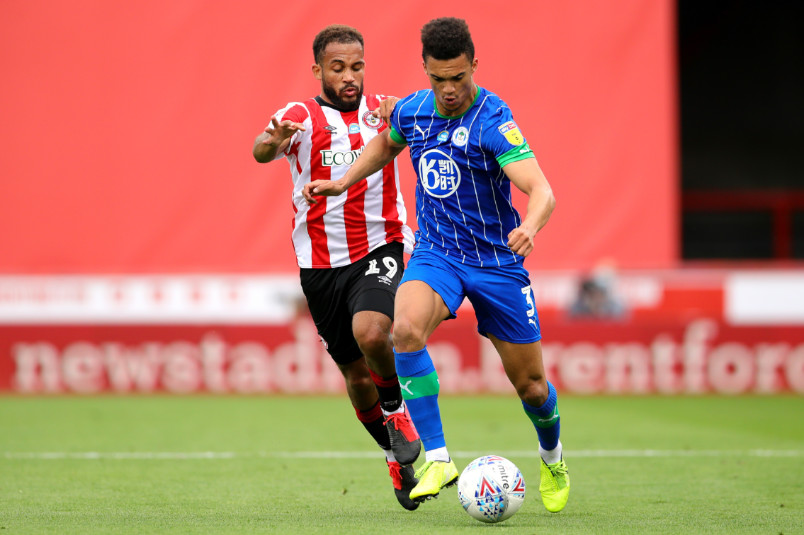 By Jason Davis – WASHINGTON, DC (Jul 8, 2020) US Soccer Players – American soccer’s contingent in England isn’t what it used to be. The openness of Germany to young American players and the rise of the American player in the general esteem of other leagues in Europe has pushed US players to look beyond the traditional home of the game for a chance to play abroad. England’s strengthening of work permit requirements plays a role. It’s not as easy as it once was to get the necessary paperwork.

The days of England’s top two divisions populated by a dozen or more American players might not be over forever, but the focus is no longer squarely on that country. Instead, it’s Christian Pulisic and DeAndre Yedlin in the Premier League and a larger group contributing to clubs in the Championship.

Youngster Indiana Vassilev is still in the nascent stage of this move into the senior team at Aston Villa, a club currently embroiled in the fight against relegation from the Premier League. If Villa goes down, Vasilev will likely face off against several Americans playing in England’s second division next season.

That figures to be the case even though no one quite knows what the offseason will bring. A few names on the list may end up elsewhere before the start of the next campaign. There’s even a chance that one will get back to the Premier League.

That player is Fulham’s Tim Ream. The Cottagers spent 2018-19 in the top division after a few years in the Championship, then went right back down following that campaign. Ream was a fixture throughout the period, appearing in 25 games or more every year since his arrival in West London in 2015.

Ream hasn’t missed time with an injury since a back ailment kept him out of a 7-game stretch in late 2018. That consistency combined with his ball skills as a left-footed centerback made him indispensable for four different managers at Craven Cottage.

Fulham is in 4th-place in the rush to finish a campaign interrupted by the COVID-19 pandemic. Ream is Fulham’s rock at the back. The former Red Bull has started 40 of his club’s 42 league matches the season and played more minutes than anyone in Fulham’s squad.

His club’s quest for a return to the top division will come down to the season’s final six matches. A 1-0 win over Nottingham Forest on Tuesday kept Fulham two points back of 3rd-place Brentford after Brentford secured three points against Charlton the same day.

The rest of the Americans in The Championship are playing for teams spread across the table. Some are too far out to chase promotion or playoff but with an eye on finishing the season strong. Others are attempting to avoid the relegation fight.

Antonee Robinson’s Wigan Athletic faces possible disaster once the English Football League confirms a 12-point deduction following the club’s move into administration last week. Robinson nearly left Wigan in January for AC Milan before a previously unknown heart ailment canceled the deal. The American international probably isn’t long for the club, whether Wigan goes down or not. Milan’s near deal for him indicates that he should have plenty of suitors when the offseason transfer window opens. A procedure in March corrected the abnormality. Robinson returned to full training with Wigan just before the resumption of play in late June. He’s started and played 90 minutes in every Wigan match since the restart.

Robinson will be key to Wigan’s push to survive despite the point deduction. Wigan fell 3-0 to Brentford on Saturday and will face Queens Park Rangers on Wednesday. If and when the deduction goes through, the club will fall to the bottom of the table. Beating QPR would be a first step towards giving the Latics a chance to stay up.

On the other side on Wednesday will be Geoff Cameron, now in his second season with QPR. At 34, Cameron remains a trustworthy defender at the Championship level, good enough to start 31 matches on the season in two different positions. The former Houston Dynamo and Stoke City player has manned both centerback and defensive midfield for manager Mark Warburton. QPR sits squarely mid-table with Cameron signing on for another season in the Championship.

Duane Holmes’s Derby County is three points behind Cardiff City for 6th-place and a spot in the promotion playoffs. Since the return of play, Derby County has dropped just two points from a possible 12, with the lone draw from four matches coming Saturday against Nottingham Forest.

Holmes missed some time with an injury before the pandemic shutdown but has appeared consistently in the Rams’ midfield when healthy. In a club that currently boasts Wayne Rooney in its squad, Holmes is a part of the creative group in the middle of the field that includes the all-time English great. The Georgia-born, 25-year-old Holmes possesses a burst of speed and defensive abilities that make him intriguing as a part of the USMNT of the future.

Derby County finishes the season with a run of tough games that includes four matches against teams above them in the table. Improving their position will be difficult, but Derby has a chance to leap over Cardiff and play for a lucrative return to the top division. If they can manage it, the story will be Rooney and his success as a player/coach in a second division team. For American soccer fans, it’s Holmes moving into the bright lights of the Premier League.

At the very bottom of the Championship standings sits Luton Town, the current on-loan home of Cameron Carter-Vickers. Under contract with Tottenham, Carter-Vickers has spent every season since moving into the senior ranks in 2017 on loan. The central defender joined Luton Town in the winter transfer window as the club looked to shore up a terrible defense. Since he’s made 12 appearances, 11 over them starts. Carter-Vickers is unlikely to be with Luton next season, regardless of whether the club can hold on to its spot in the Championship.

Chelsea player Matt Miazga is on loan at Reading, returning from suspension for Saturday’s match against Charlton. The number of Americans in England’s top flight has dwindled, but there remains a strong contingent of Yanks in the Championship. As this strange season winds to a close, two-months delayed by the outbreak of a global pandemic, all of them have something to play for.