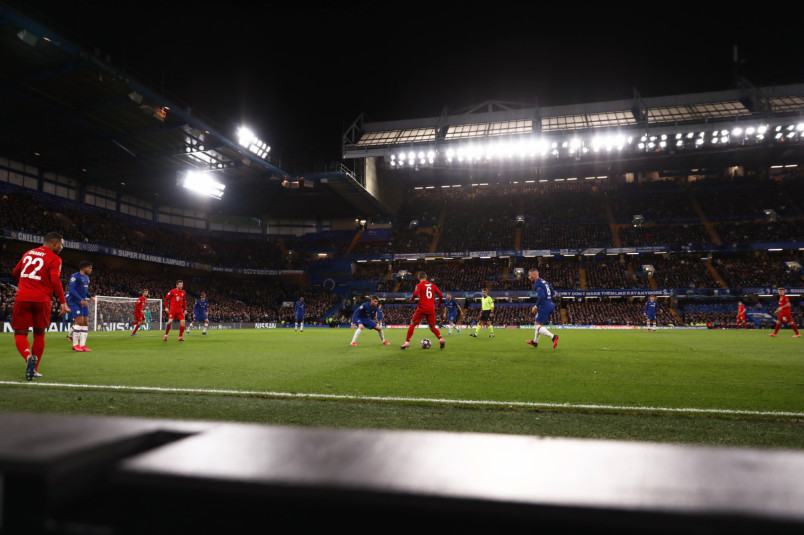 By J Hutcherson (Jul 21, 2020) US Soccer Players – It was already an interesting time for European soccer even before the pandemic that brought leagues to an abrupt halt in March. Look back at some of the articles on the future of the sport making the rounds late in 2019, and the primary focus was what happens next. The Champions League TV deal ends in 2022 with the expectation that UEFA will make additional changes to that competition. The new Europa Conference League will start in the 2021-22 season, at least a partial answer to a question that some parts of Europe will continue to ask. Then there’s FIFA’s revamped Club World Cup, attempting to redefine the order of titles for club sides.

On the field, the hiatus only postponed what we already knew. The foregone conclusion of the titles in the Premier League and Bundesliga held up once the season resumed. Either Real Madrid or Barcelona winning La Liga was also no surprise, with Real Madrid taking the honors. The feigned crisis at Barcelona that immediately followed at least in the media was also not exactly shocking. Both continue into next month’s Champions League rounds with that same old pressure.

It’s that pressure on Europe’s elite to always succeed that remains the primary narrative in European club soccer. The changes to the Champions League would further isolate that elite. It might not mean always including them in Europe’s premier club competition, but it certainly means further limiting the involvement of clubs outside of the top four leagues. Those clubs know their own worth, something UEFA continues to push against just hard enough to keep them in their game.

Had the coronavirus ebbed just enough for business to continue as usual, this summer might have been another chapter in the shadow super league story. The big clubs are well aware that they could create a league with worldwide appeal anytime they please. That’s been the scenario for so long it seems silly to even explain it. Their collective worth is the reason the Champions League is the de facto world championship. With all apologies to clubs from other confederations, they know that their best players choose the limelight in Europe. So does FIFA, once again trying to insert itself into club soccer.

As originally scheduled, FIFA’s Club World Cup would move to summer in an expanded format starting in 2021. That’s now taken up by the rescheduled confederation championships. FIFA has yet to set a new date, but it seems unlikely that their revamped Club World Cup goes away. It’s a safe assumption that Europe would prefer that it did. Though the reigning Champions League winner squeezes in the December version of the Club World Cup, it’s an obvious obligation. They’ll parade the trophy because they’re professionals, but Liverpool’s world title cost them advancing in the League Cup. One sounds better than the other, but there’s a distinct appearance/reality distinction.

FIFA knows that. Thus their insistence on a bigger more valuable tournament. It’s also a clear message to UEFA that world soccer’s governing body is in position to create their own lucrative club competition. How lucrative versus the established moneymaker that is the Champions League is the question. FIFA may have a shorter timeline than they’d like to prove it.

Not getting enough of what they want or finding themselves pushed just a little too far could see Europe’s elite leagues act. The pandemic has changed very little in that regard. There’s an argument that, if anything, it underlined what’s at stake for Europe’s elite. In real terms, as the biggest businesses in club soccer, they also have the most to lose. If whatever UEFA offers constrains what they believe their business to be, the calculated decision is clubs acting in their own self-interest. There’s a way of looking at that as only following the lead of the governing bodies.

UEFA and FIFA haven’t taken the major steps to curtail what may be bad for the game. Instead, they slot in their own competitions and interests that rely on clubs fully engaging with what they want. UEFA wants an even more lucrative Champions League in part to appease the clubs and postpone a super league. FIFA wants to increase the value of its club competition. Neither seems all that interested in curtailing the economics of the game to help the sport.

That may end up being the biggest takeaway from this unprecedented season. The game went on hiatus with everybody waiting for what they had to restart. It did, minus fans and with some questioning the point. For the stakeholders, all they saw was a way forward. What’s worth asking then and now is where this eventually leads the game they currently control.