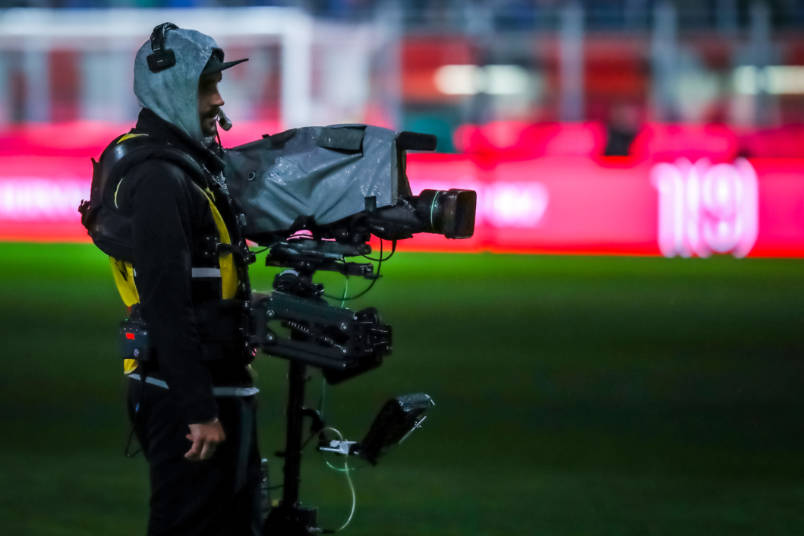 By Charles Boehm – WASHINGTON, DC (Aug 6, 2020) US Soccer Players – Soccer is the world’s most popular sport. It’s been growing steadily in North America for the past four decades, as reflected by new leagues, clubs, commercial sponsors, and millions of fans and myriad other signposts of progress. There’s even a second World Cup looming, with the 2026 event already expected to power another tidal wave of popularity.

Still, fans of the game get an annoying reality check when it comes to watching some matches on English-language television these days.

This month’s showcase event, the conclusion of the 2019-20 UEFA Champions League season, will take place mostly behind a paywall in the United States. New rights holder CBS has elected to air most of the UCL matches on CBS All Access, its streaming platform. At present, only three games are set for CBS Sports Network, its cable sports channel available to over 98 million US homes and has 94% distribution on digital cable.

Aside from a few national-TV games per week and this summer’s one-off MLS is Back Tournament, most of MLS’s out-of-market broadcasts require a similar subscription to ESPN+. That’s also the home of most USL action as well as Serie A, the English Championship, and a range of other overseas leagues.

NBC Sports’ coverage of the English Premier League remains a bright spot, with several games per week available to basic cable subscribers. Three years ago they shifted a huge chunk of the EPL slate to its “Gold” streaming package, however. Now those consumers are being directed to the new “Peacock” platform at a range of cost levels. Meanwhile, beIN Sports has La Liga and Ligue 1 rights, normally part of an additional cable package or bought as a streaming service. GolTV is still in the game as well if you’re a fan of the Portuguese Primeira Liga.

It’s the Champions League that’s still must watch for even casual fans. How it’s handled by its new US home is already the subject of much debate and discussion. The final phase of its current season won’t get the exposure it’s enjoyed on linear television in the past. Much of that is due to the late acquisition of the rights to the 2019-20 and 2020-21 seasons. Turner Sports suddenly opted out of the final months of its contract earlier this summer. CBS stepped in a year earlier than originally planned.

CBS’s carriage plans for future seasons are slightly more encouraging, if not exactly thrilling for those eager to make soccer more accessible to more people in this country. Most of the UCL action will live on the All Access streaming service and select games will go on CBSSN. An even more select number, probably only the championship final, may move to CBS itself. Others may be rebroadcast later in primetime windows. Long staying out of soccer, CBS will have several years to hone their approach. They own the Champions League through the 2023-24 campaign.

The harsh reality is that soccer, even after 40 years of enormous progress, remains “the sport of the future” to those in the industry’s mainstream. Thus the perception of it being a niche interest lingers, and seemingly colors the networks’ handling of it. So far, CBS’s top priority with the NWSL and UCL pickups appears to be driving subscribers to their streaming service, which currently costs a modest $6 a month but represents a barrier to entry.

ESPN+ is even cheaper, though the Worldwide Leader has made no secret of its long-range plans to push that price northwards once it’s reached a certain level of programming variety and public buy-in. NBC Sports Gold was targeted to hardcore fans watching their EPL clubs, particularly those of smaller sides that often missed out on prime placement. The new Peacock’s offerings can be had for free with commercials.

To some this adds up to a compelling case for many soccer watchers to cut the cord and rely entirely on streaming services to get their fix. The established talking points about this segment of the North American audience are that it’s younger, more diverse and, more comfortable with technology.

The question for those eager to broaden the game’s appeal is whether the current trends serve soccer’s overall interests in the United States. Will the perception of soccer as a middle- and upper-class sport linger when high-speed internet and related technology is a requirement to watch most of the action?

Add in the traditionally mediocre TV ratings for club soccer. MLS’s struggles in this department have been well documented. NWSL broke its own ratings record twice during its Challenge Cup tournament, both of them with games on the CBS mothership and neither of them above the 1 million-viewer mark. That raises an old question about broadcasting the game here. Are soccer fans tough to lure or do games simply need to be given a chance on bigger platforms.

MLS is Back has essentially treaded water ratings-wise compared to league games at this time last year. That’s probably a net win for the league considering how many of its existing commercial partnerships it was able to serve. Yet in broadcasting terms, it’s not promising for an event co-produced with ESPN and scheduled with television concerns paramount.

If this made-for-TV spectacle doesn’t move the TV needle, what will? Or have viewers simply grown too demanding to give full consideration to a “bubble” tournament that lacks many of the sport’s most compelling trappings? Should MLS pull out all the stops to improve its ratings outlook, you can probably expect more Tuesday night games like next week’s final and other slots with less competition for eyeballs. That’s unlikely to charm the fans who actually go to the stadiums.

Here’s where we finally address the elephant in the room. Everything written above is in reference to English-language broadcasts. The story is very different in Spanish. Univision offers your best chance to watch high-level soccer without a subscription of any kind, with local over-the-air affiliates offering reigning US ratings champ Liga MX and the Champions League among others. Its cable sports channel, TUDN, offers even more, and the usual host of streaming and app options is available as well.

Soccer tends to occupy a different place in Latino culture and the presentation reflects that as much as the availability. Univision and Telemundo mobilize significant resources in production and promotion, making their offerings feel like big events that attract sports fans across the board. Is that the cause of their bigger ratings, or the effect? Both may be the answer.

“Soccer is the sport of the future in the US, and always will be,” goes an old quip often attributed to Edouardo Galeano. If there are 80 million soccer lovers in this country, as some have reckoned, it turns out that it’s darn difficult to get a lot of them to watch the same game at the same time. It’s possible that this will impose a ceiling on the sport here for some time to come.