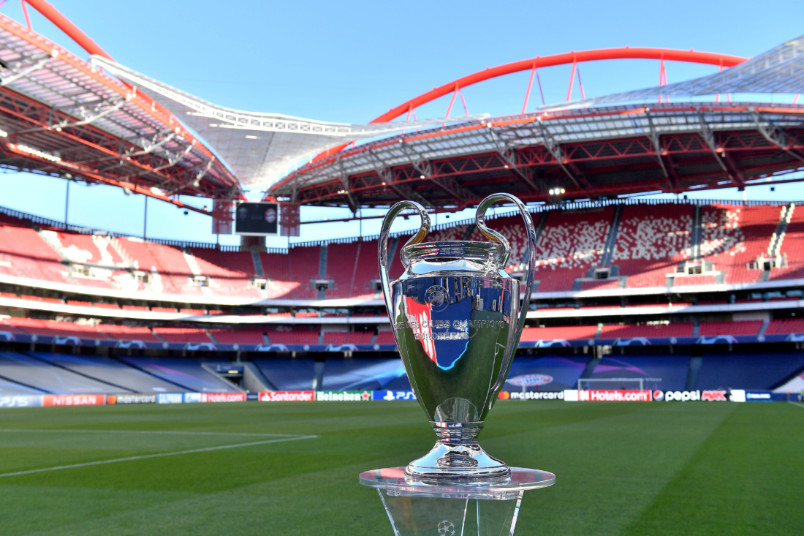 By Clemente Lisi – NEW YORK, NY (Aug 24, 2020) US Soccer Players – The European season officially came to an end Sunday with the Champions League final in Lisbon. The biggest club tournament on the planet crowned Bayern Munich continental champions for a sixth time following a 1-0 win against PSG. The tournament concluded almost three months later than usual after the coronavirus pandemic put the season on pause this past March.

Bayern’s victory not only capped off the season, but could also set a new tactical trend. The tactics that won it all were the 4-2-3-1 formation, utilized to great effect this past season. While pressing and passing are key to any formation, the 4-2-3-1 made those traits an art form. As a result, other clubs across Europe and the world will be looking to Bayern coach Hansi Flick’s tactics to help build a winning formula for future success.

Flick emphasized fitness as a result of the lockdown. It was that high intensity that proved devastating. It featured an attack centered around playmaker Thomas Muller with Robert Lewandowski scoring the goals. They weren’t the only offensive options. The ability of wingers, aided by the defensive wingbacks, gave Bayern the ability to send players forward in numbers. That proved overwhelming for opposing backlines.

It was the ability to pressure opponents aided by a high defensive line perfected by Germany’s national team when they won the 2014 World Cup, that made Bayern such a joy to watch. This was by no means a defensive team, but the backline could effectively defend if need be. Most of the time, however, the team maintained possession and pushed forward in search of goals.

The 4-2-3-1 worked against other formations. PSG utilized a 4-3-3 for much of the knockout stage, but Neymar and his teammates couldn’t score a goal when they needed one most in the final. Bayern goalkeeper Manuel Neuer, the best in the world at his position, made sure of it. PSG’s use of the 4-3-3 was a formation coach Thomas Tuchel, another German, only employed after the restart. Prior to that, PSG had played a traditional 4-4-2 that often morphed into a 4-2-4 with Neymar, Kylian Mbappe, Mauro Icardi, and Angel Di Maria all in attack.

Tuchel’s flexibility showed what a pragmatic coach he can be depending on the opponent. The move of center back Marquinos to a more offensive position in the midfield, often right behind Neymar, was a great example of the versatility he expected from his players over the course of the season.

RB Leipzig, the other Bundesliga club to go deep in the Champions League, was organized by German-born coach Julian Nagelsmann in a 3-4-1-2 that relied heavily on the offside trap with lots of pressing. RB Leipzig did get the better of Atletico Madrid in the quarterfinals, the formation proved too naive against PSG in the semis. The other French semifinalist, Lyon, eventually eliminated by Bayern, used a 3-5-2 under coach Rudi Garcia. While Lyon relied heavily on a strong midfield, and got the better of Pep Guardiola’s Manchester City in the quarterfinals with City deploying the same formation, they just couldn’t compete with Bayern’s blistering offense.

What Bayern also had that all these teams didn’t was depth. Wingers like Serge Gnabry and Kingsley Coman, who scored the winning goal in the final, lent support to Lewandowski. On the bench, Bayern had the luxury of having Philippe Coutinho in the role of super-sub although he was rarely called upon.

Perhaps the best thing Flick did was convert Alphonso Davies from a left winger to left back. At the same time, David Alaba was moved from left back to center back, providing Bayern with experience and security in the middle. Although Davies had never played in such a defensive position before, Flick’s formation allowed for the wingbacks to consistently aid the attack. Davies’s pace and power resulted in Bayern often featuring as many as five players up front.

The 4-2-3-1 has not only been one of the most popular formations of the last decade, but Bayern’s ability to use it with such great success this year means it’s here to stay. It is already widely used in the Premier League and MLS. The tactical revolution here is how Bayern Munich has used the formation to score lots of goals. It is a rebuke of the defensive tactics made famous by Jose Mourinho, a competing coaching philosophy that may win games but can be boring to watch.

With millions of fans unable to attend games in person because of the ongoing pandemic, there isn’t a tactic out there better than the 4-2-3-1 to make the world’s greatest sport something you actually want to watch on TV. The Champions League final this year may have produced just one goal, but it was a much better game in terms of entertainment value compared to last year’s final. Under Jurgen Klopp, Liverpool used a 4-3-3 lineup that sometimes lapsed into a 4-2-3-1 in their 2-0 shutout of Spurs. Even his team didn’t look as lethal offensively as Bayern did this season.

The season may have come to an end, but there is little rest for the weary. The pause has made it so that domestic leagues across Europe will be starting up again in just a few weeks. While we have gotten used to players wearing masks and no fans in the stands, another thing to get used to seeing is the 4-2-3-1 formation. Bayern has shown that it can be used to great effect, essentially creating a template for other clubs to emulate.