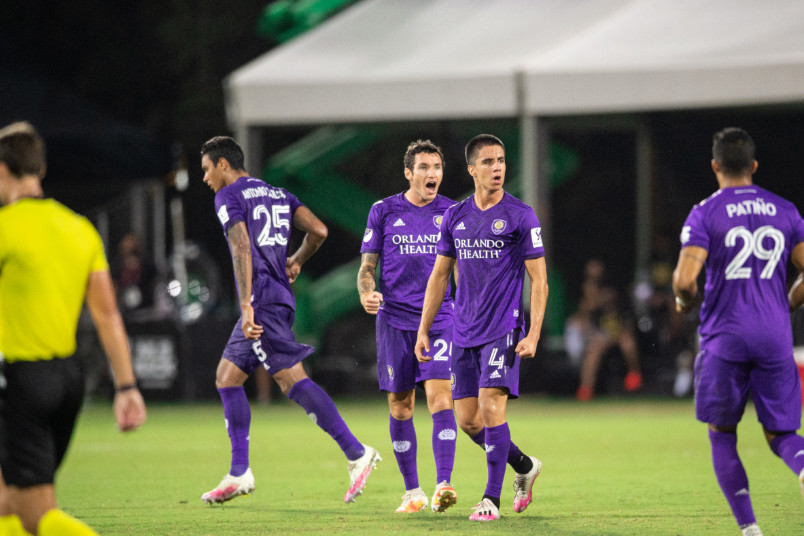 By J Hutcherson (Aug 4, 2020) US Soccer Players – If Major League Soccer successfully restarts the regular season this month, it’s a safe assumption that MLS is Back won’t matter. Certainly, the group stage results counting in the league table becomes an issue, but that depends on how many games MLS expects to play. If it’s enough, the clubs in the league of four-game losing streaks will manage. Let’s also assume MLS doesn’t tinker with the number of teams advancing to the playoffs. That means a seven-team safety net in each conference. This is still a playoff league. In the biggest picture for what counts for success here, that’s all that matters.

With that in mind, a quick exit from MLS is Back may prove to be beneficial for some squads. Escaping from soccer island meant a quicker return to something closer to normal. That should have value if MLS can safely finish out the season in its home markets. Advancing in MLS is Back is nice. Then again, considering the clubs left in the tournament, it may end up only adding pressure.

Either Philadelphia, Portland, Orlando, or Minnesota will end up winning MLS is Back. Only the Timbers have won an MLS Cup from that group. Only the Timbers have ever played for an MLS Cup in that group. It’s no knock against the rest that any trophy counts. Entering the bubble in Orlando, all of the teams involved had to play as if MLS is Back was the season. There was no guarantee of anything, including the tournament progressing as planned. Group stage games also counting as league games doubled the jeopardy in flat performances, but all of this was new territory.

By the end of the group stage, we already knew that there were differing approaches. Some of the best teams in the league waited too long to put together the points to advance. Atlanta United stressed the importance of those three games by parting ways with its coach after exiting with no goals scored. Chicago’s revival act may need fans and Soldier Field after finishing last in its group. DC United also left with a last-place finish, raising questions for what most of us assume is a playoff team. The Red Bulls not grabbing a 3rd-place wildcard once again speaks to that team’s ability to stall in tournament settings. The Galaxy is still a work in progress even with a new superstar.

The break between the group stage and the round of 16 is easy enough to see as the difference between teams taking advantage. Those group stage games were worth 9 league points, and only the Columbus Crew took all of them. Orlando, Philadelphia, and San Jose were good for seven, resetting the conference tables. What did that mean in a knockout scenario? Columbus was out on penalties to Minnesota United. That was the biggest MLS is Back story in the round of 16. The bigger MLS story was Seattle losing to LAFC. 4-1 and the defending champions looked like a team without answers in a high tempo game. A round later, and LAFC’s tempo stalled in a 1-1 draw and 5-4 penalty loss to Orlando City.

With LAFC gone, there’s no longer a favorite in this tournament. The league’s heaviest hitters are back at home training for the next round of games that count. Two more teams will join them on Wednesday and Thursday. The final waits for next Tuesday, with the two teams playing for a trophy and finally an exit from the bubble a full 19 days after the group stage losers said their goodbye to hotel life.

It’s certainly worth asking what any of the 16 teams got out of advancing. The games no longer counted in the league, with MLS insisting on a tournament motif that hasn’t exactly resonated. It’s easy enough for teams doing well to embrace the concept. The bigger question is what are any of them really getting out of their extra weeks in soccer isolation.

According to reports, MLS could be playing league games the day after MLS is Back ends. That would be FC Dallas and Nashville, making up two of the three games they missed after positive tests kept them out of the tournament. Neither of those teams had enough of an Orlando experience to tell us much when they’re playing each other. The real value of MLS is Back won’t show up in the standings until the league shows a return to closer to normal will work. Anybody paying even slight attention to what’s happening with Major League Baseball knows why the bubble made sense in the first place.

Meanwhile, there’s those MLS teams waiting on more games that count. Whatever solace there is in drawing a line between a disappointing MLS is Back and what remains of the season lasts until the next game on the schedule. If there’s noticeable carryover, it only shows how much MLS is Back really counted. We may have seen teams that were contenders in March turning into problems in July. That scenario has to resonate up and down the Eastern and Western Conference tables.

Columbus leads the Eastern Conference by four points over Toronto, Orlando, and Philadelphia. Three points separate 2nd from 9th-place in the East. Sporting Kansas City is top of the West with 12 points. Minnesota, Portland, and LAFC round out the top four. There’s a three-point difference between 4th and 9th-place. The safe expectation is that movement is likely as soon as the games resume.

MLS is Back showed strengths and weaknesses some teams didn’t realize they had. Players emerged. Tactics failed. The concentration required in Orlando showed that some teams are better at handling that unique pressure. That may not mean much in normal circumstances, but successfully navigating the same scenario that caught better teams certainly counts for something.