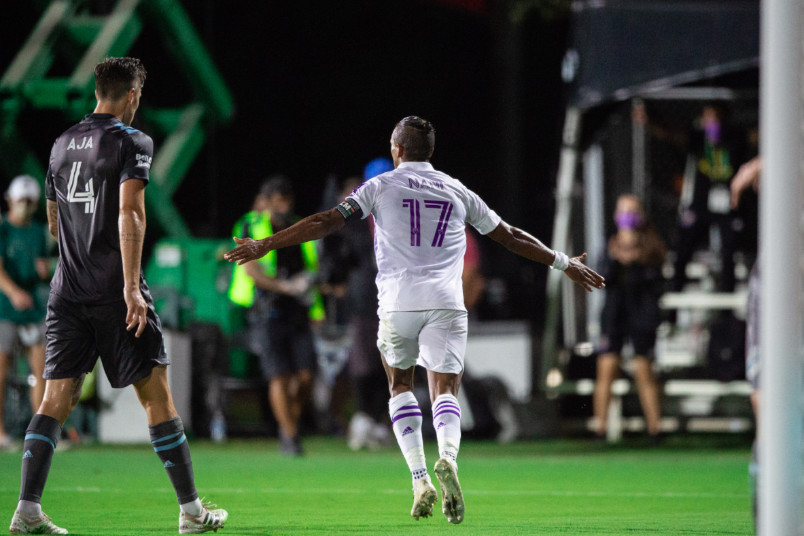 The soccer news starts with Orlando City joining Portland in Tuesday’s MLS is Back final after knocking out Minnesota United 3-1. Nani put Orlando up in the 36th minute, doubling the lead in the 42nd. Mason Toye pulled a goal back for Minnesota in the 83rd minute. Benji Michel finished off the Orlando goals six minutes into stoppage time.

“We’re very happy to be in the final,” Orlando City coach Oscar Pareja said. “I thas been a great tournament and a great opportunity for our players to represent the franchise and the club. I think they have done a great job and very well deserved to be in the final. Tonight against a very good team. It was really hard to beat Minnesota.”

Picking a favorite between Portland and Orlando is difficult in the tournament that does away with that designation. Favorites have fallen at every stage of MLS is Back, which may give Orlando more hope than the Timbers. Orlando’s strength is Nani scoring goals in front of a better than average defense. Portland is the more complete team. What that means in Tuesday’s final is a question several other teams already answered with exits.

No USMNT players remain in the 2019-20 Europa League after the completion of the round of 16. Timmy Chandler subbed on in the 67th minute of Eintracht’s 1-0 loss at FC Basel, exiting the tournament 4-1 on aggregate. The game’s only goal came in the 88th minute. Eintracht finished 9th in the Bundesliga and didn’t qualify for the 2020-21 Europa League.

“Congratulations to FC Basel for going through,” Eintracht coach Adi Hutter said. “We were very much lacking today for the miracle of Basel. Despite everything, I would like to compliment the team. They tried everything. We should have scored a goal in the early stages to unsettle the opponent and, conversely, to gain even more confidence. We have had some good attacks over the side where the last pass was missing in the end. Overall, we are of course disappointed that we have exited. Anyone who has followed the Europa League a bit has seen what Eintracht Frankfurt has delivered in this competition in the past two years. But we’re also realistic enough at the club to know that there can always be a season without international football.”

The Europa League moves to Lisbon for the single-leg quarterfinals beginning on August 10 and concluding the following day.

AP on the Premier League opting not to use five substitutes for the 2020-21 season. The Guardian’s Paul MacInnes explains the Professional Football Association’s issues with the Football League’s proposed salary cap. BBC Sport reports on the third and fourth divisions voting in favor of a cap. The Ringer’s Brian Phillips has an appreciation of Manchester City’s David Silva. The Athletic’s Sam Stejskal and Paul Tenorio report on the plan for MLS to restart the regular season.