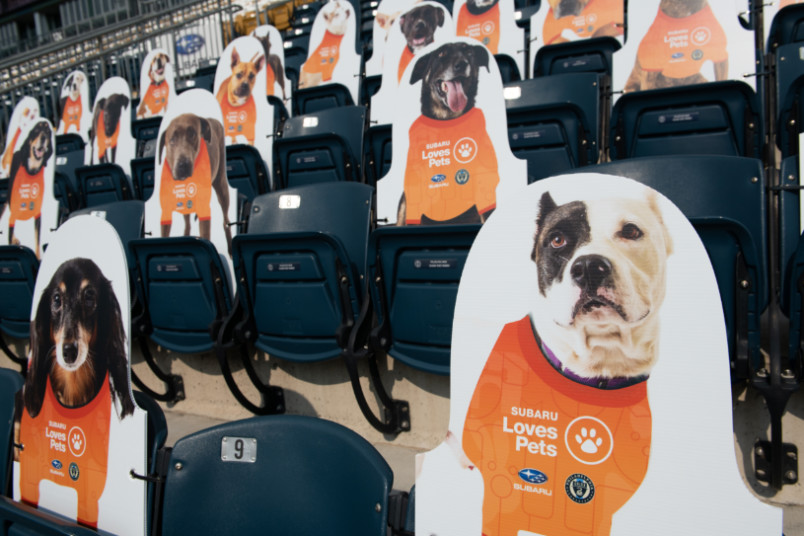 New England beat DC United 2-1 after a weather delay at Audi Field. Gustavo Bou put the Revolution up in the 26th minute with Teal Bunbury doubling the lead in the 38th. Ola Kamara converted a 72nd minute penalty for DC, who played a man up from the 83rd after a red card to Scott Caldwell for a serious foul.

"The guys did a great job," New England assistant coach Richie Williams said. "We had to make some changes, we brought some fresh legs in, and we ended down a man. We knew it wasn’t going to easy, but they defended really well, made some really good plays, and at the end of the day, you just got to be able to fight and battle. At the end of the game, we get the three points on the road.”

Chicago shutout Cincinnati 3-0 in the Fire's return to Soldier Field. Fabian Herbers started the scoring in the 2nd minute with Alvaro Medran making it 2-0 in the 10th. Ignacio Aliseda finished off the Fire goals in the 67th minute. Bobby Shuttleworth made one save to keep the clean sheet.

"Obviously, we wish that today there would have been 50, 60 thousand people here and the team would have been able to celebrate, in a normal world obviously, this victory because I only can imagine how it must be to win games here and score goals in a full stadium," Chicago coach Raphael Wicky said. "But the experience overall is great. I think it's a great start for us, coming back to Soldier Field for the club and having a clear victory."

Philadelphia beat the Red Bulls 1-0 at home. Kacper Przybylko scored in the 31st minute with Andre Blake making three saves in the shutout.

It was another shutout at Stade Saputo with Montreal beating Vancouver 2-0. Romell Quioto opened the scoring in the 18th with Lassi Lappalainen adding a goal in the 40th minute. Clement Diop made two saves.

Houston beat Sporting Kansas City 5-2 at Children's Mercy Park. Alberth Elis put the Dunamo up in the 17th with Johnny Russell equalizing for Sporting in the 26th. Elis assisted on Christian Ramirez's goal in the 44th with Ramirez assisting on Niko Hansen's goal in the 48th. Gadi Knida pulled a goal back for Kansas City in the 49th, but Houston's Darwin Quintero put the game away scoring in the 57th and 61st minutes.

"I was confident in the team, but I wasn’t in a place where I could talk about it," Houston coach Tab Ramos said. "I can only say so many times, ‘I really like what we’re doing. I like the team. We’re going in the right direction.’ I can truly say it now that we should’ve won the last three games that we played, and unfortunately for one reason another, a call or whatever, we didn’t get the win. But that’s why I say today’s victory didn’t happen today. It’s been brewing.”

Moving to Europe, Tyler Boyd subbed out at halftime of Besiktas's 3-1 loss at PAOK in the second round of Champions League qualifying. Trailing 3-0 from goals in the 7th, 24th, and 30th minutes, Cyle Larin scored for Besiktas in the 37th. The Champions League qualifiers are all single games this season, with Besiktas dropping to the third qualifying round of the Europa League.

Photo courtesy of the Philadelphia Union