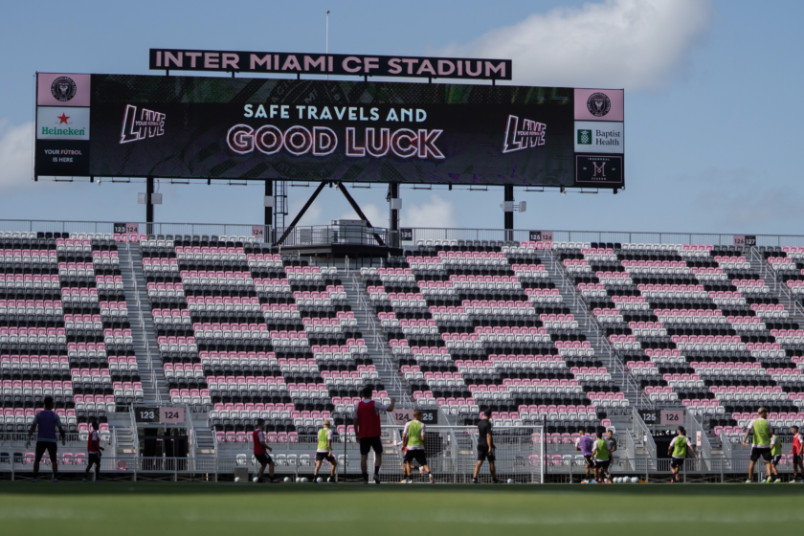 By Jason Davis – WASHINGTON, DC (Aug 14, 2020) US Soccer Players – Major League Soccer pulled off a successful single-location tournament in Orlando over the last five weeks and is now looking to roll that momentum into a truncated “regular season” schedule. The plan involves 24 of the league’s 26 teams playing 18 games each between August 20 and November 8. Two, FC Dallas and Nashville SC, will play 21 games over the same span.

Because the COVID-19 pandemic waylaid the start of the league’s 25th campaign and brought the player transaction of soccer to a grinding halt, MLS teams didn’t do much of its typical early season business. Most teams prefer to bring in players during the preseason when the integration process is easier, but there are always a handful of moves that push the limit of a primary transfer window that overlaps with the start of the season.

Following the league’s decision to hold a tournament in Orlando, MLS opened up a brief two-transfer window just ahead of clubs arriving in Florida. The original deadline for primary window signings had long ago closed. MLS wanted to allow teams to make last-minute additions as they headed into the bubble.

To some clubs’ consternation, players signed with Targeted Allocation Money were not allowed to join their new employers in time for MLS Is Back. Inter Miami’s Paul McDonough expressed frustration in early July that new addition Leandro Gonzalez Pirez was not permitted to help the first-year club in the ad hoc competition. MLS didn’t clarify the thinking behind the restriction. Perhaps it had something to do with the optics of bringing in high-dollar players while the rest Major League Soccer’s players were taking pandemic-induced pay cuts.

In a normal year, the secondary transfer window would have also closed by now. In 2019, MLS teams had from July 9 to August 7 to execute the type of season-saving, roster-bolstering moves that have become a hallmark of recent years.

Major League Soccer’s adjustment to the secondary transfer window in 2020 promises to shake up a number of rosters, even though teams have limited data from which to judge their situations. What the window loses because clubs might not be ready to add with just five games that count towards the standings on their records, it makes up for in length.

This year’s “summer” window runs deep into the fall, not closing until October 29. That’s over a week before the final day of the regular season. That means clubs can add players in the stretch run for qualification into this year’s MLS Cup playoffs. In a season full of firsts, this transfer window stands out.

A few days into the window, clubs are already making moves. Inter Miami announced the signing of French international Blaise Matuidi on Thursday from Juventus, a splashy addition for the first-year club. Matuidi is immediate help to an Inter midfield that is missing dynamic play behind Rodolfo Pizarro. His quality relative to MLS will add a new dimension to the way Diego Alonso plays.

Matuidi’s move to the US was a mild surprise for a handful of reasons. The World Cup winner is trading the stable COVID-19 environment of Italy for a less certain situation in the United States. At 33, Matuidi is on the downslope of his career but could certainly contribute to a club in a top-five European league. His skill is undeniable, but Inter Miami was thought to be more in the market for a frontline goalscorer than a two-way midfielder.

As the Matuidi-to-Inter rumor bubbled up over the last few days, that last presumption rested on the belief that he would be the club’s third Designated Player. Instead, Miami signed Matuidi as a TAM player for 2020. That means the club still has a DP slot available should Paul McDonough decide to go searching for an answer to the striker problem.

With the lengthy secondary window, Inter will have plenty of time to make such a move. Of course, the longer the club waits, the less impact that player will have. It’s difficult to flesh out where you need reinforcements when you’ve yet to play a home game.

On the ESPN broadcast of Tuesday’s MLS Is Back final, MLS commissioner Don Garber answered a question from Taylor Twellman about the chances MLS could leverage its collective spending to bring in bargains during the shaky pandemic player market. Garber didn’t commit to anything, but he did generally talk about the league being more aggressive in the market. MLS, like every other concern on the planet, is losing significant money in 2020. Their strength, however, lies in its single-entity system and the uber-wealthy owners that underpin its spending. MLS can “afford” to lose money in a way many leagues can’t due to shared losses.

Even if MLS clubs don’t leverage a down market for better players than would usually make their way to the US and Canada in the summer, the next few months figure to be busy. The pandemic is wreaking havoc on more than soccer, but the stop-start nature of the sport in 2020 and the risk of infection will change the face of MLS.

The New York Red Bulls acquired Ghanaian striker Samuel Tetteh on loan from Red Bull Salzburg, a move that adds another option to the front line for head coach Chris Armas. Following the departure of club legend Bradley Wright-Phillips in the offseason, it wasn’t clear who would pick up the scoring slack for New York in 2020.

With limited returns, colored by the failure to progress to the knockout rounds of MLS Is Back, New York’s forward corps left a lot to be desired through five games. Tetteh isn’t a finished product or even a prolific scorer in the Austrian Bundesliga, but history provides for the hope he’ll find himself in America.

New York also brought in English midfielder Dru Yearwood from Brentford. Yearwood’s signing is an example of a budget-minded MLS team buying low on a talented player in need of a new start. Yearwood might not be a perfect example of the pandemic impacting prices since New York was working on acquiring him before the pandemic halted play. Regardless, he doesn’t join MLS under normal circumstances. New York’s new Head of Sport Kevin Thelwell, formerly of Wolverhampton, isn’t the type to miss the chance to squeeze Brentford for concessions.

There’s no guarantee the market will remain depressed for long. As MLS hits an inflection point with expansion, dalliances with Liga MX, a looming broadcast rights negotiation, and an American World Cup in six years, the lengthy transfer window, the open sports market, and the ambition of certain owners screams for action.