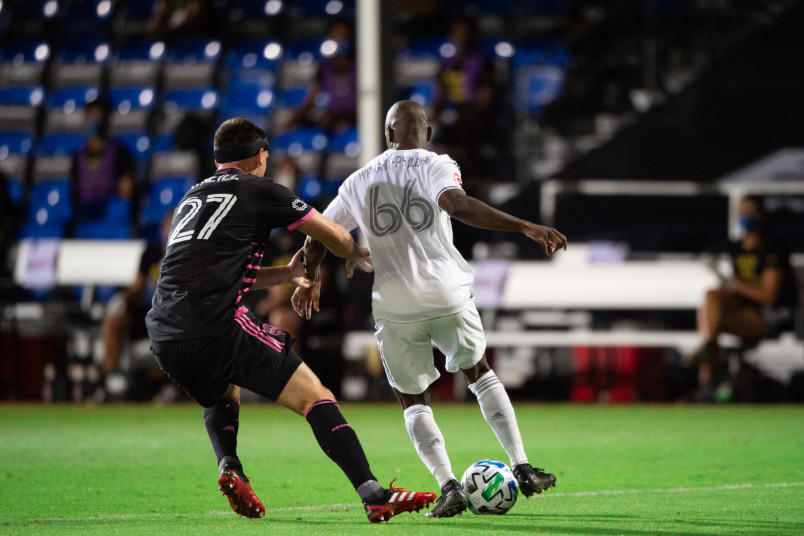 By Luis Bueno – RIVERSIDE, CA (Aug 12, 2020) US Soccer Players – Now that the MLS Is Back Tournament is over, MLS teams can get back to the business as usual. Except business will continue being unusual.

The MLS regular season will resume on Wednesday when FC Dallas plays Nashville. For teams further out West, the season will get underway on August 22. That includes the Los Angeles derby, the highlight on the early schedule.

At this point, the regular season is pretty much all about salvaging something from 2020. Everything that has happened since February is unprecedented. That includes the tournament that also counted in the league standings. Now, it’s regrouping once again for the regular season. That’s going to define success and failure in the 2020 version of MLS, whatever that ends up meaning.

New challenges await, and they are unusual and will look vastly different than anything any team in MLS has faced before. They’re also going to be here quickly, and teams must respond.

The first task at hand will be the match calendar. The league’s plan has each team play 18 matches to culminate the regular season, nine home and nine away. The way that schedule plays out is still a work in progress. The league announced just six of the remaining 18 matches and will reveal the remaining games in different phases.

For now, we deal with what we know. Teams will play several games in a short period of time. Both LA clubs, for instance, will play five matches in 16 days. Match number six will make it six matches in 23 days. That makes it only a little more manageable. Since the league is trying to fit in so many games, they have no choice but to schedule throughout the week.

There’s an additional twist with the league focusing on regional matchups. This isn’t the latest attempt at forced rivalries. It’s the realization that the pandemic is dictating the situation. Playing regionally is the safer choice.

That sort of scheduling, though, means that some clubs will face a more difficult road. The Galaxy plays games against teams that all made it to the knockout rounds of the MLS Is Back Tournament, including champions Portland. By playing within such a confined schedule, it means that West Coast teams won’t play either of the expansion teams.

Given the strength out West, that should mean that each match will be hard-fought and every point will be well-earned. The downside to that is that the far west teams will take turns beating each other up, and they might all finish around the same point total. The weakest team is the Galaxy and possibly Real Salt Lake. With no real pushovers, teams will all take their lumps.

Part of those lumps will come in derby matches, which for the Galaxy at least will comprise more than half of its first six games. The Galaxy will play home and away against both LAFC and San Jose. The danger in playing so many rivalry matches is that it might dilute the product. The second and third phase have yet to be released, but it is likely the Galaxy will play LAFC and San Jose at least once if not more. Again, it’s the virus determining the schedule as much as it is the league office. Safety first, which may mean staying regional. It’s just a side effect that rivalry matches will dominate the schedule.

The other wrinkle in this return to play is teams playing in empty stadiums. That was the situation at MLS Is Back, but by design the complex that had no room for fans anyway. It will be much different when Seattle is playing in front of 60,000-plus empty seats. Or when San Jose visits the Galaxy and there’s is no intensity, no passion, no atmosphere coming from stands when there normally would be an overabundance of that.

So what’s to play for early out West? Portland needs to show that they can carry their MLS is Back form into league play. It’s a similar situation for San Jose The teams that disappointed at MLS is Back need to show that was due to the situation and not bigger issues. LAFC needs to show how they knocked out Seattle is the style they can play to dominate the conference. Vancouver needs to manage likely playing at home in the United States. The Galaxy will have to convince that they’re not the worst team on the West Coast.

Although there are many challenges and many things that will make this return to soccer unusual, it is better than the alternative. That’s no soccer at all.