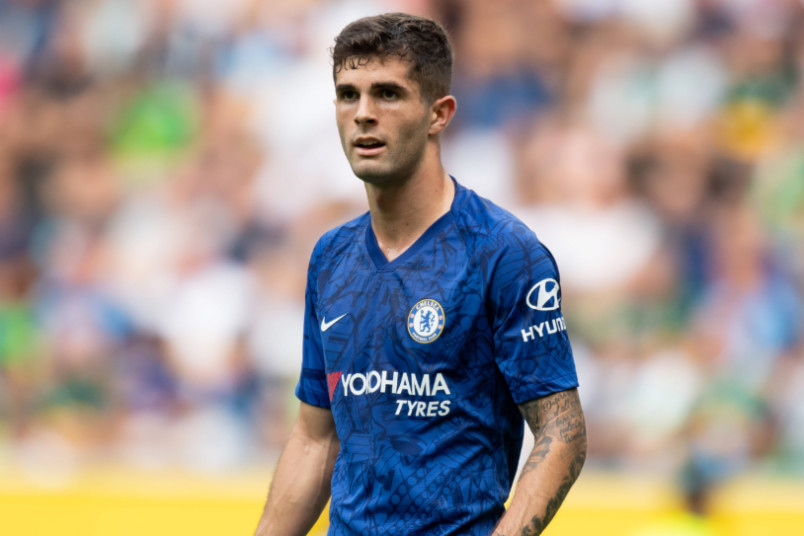 By Clemente Lisi – NEW YORK, NY (Sep 14, 2020) US Soccer Players – A new European soccer season is here following last season’s coronavirus-delayed schedule. As usual, there are many Americans scattered across the continent looking to make an impact for their clubs. While the potential for the coronavirus pandemic halting this season looms, Europe's leagues press forward.

The season has already begun in France, the Netherlands, Belgium, and Scotland, the biggest leagues that never resumed playing last season. England and Spain joined them over the weekend. The Premier League, a favorite of Anglophiles everywhere, has seven Americans in the league from the start. While the number has been consistent over the past few seasons, there remain some very interesting story lines to follow over the next eight months.

Christian Pulisic enters his second season at Chelsea, a revamped side that spent heavily on the summer transfer market. Defender DeAndre Yedlin is now a veteran at Newcastle and relied upon to keep that back line from leaking goals. Fulham has an American flavor once again thanks to defenders Tim Ream and Antonee Robinson. Zack Steffen starts the season as the backup goalkeeper at Manchester City after spending last season on loan in the Bundesliga.

Germany's topflight remains a place where Americans get the chance to thrive. Right now, that's most notably Giovanni Reyna at Borussia Dortmund, Josh Sargent at Werder Bremen, and Tyler Adams at RB Leipzig. Adams is a key part of a side that reached the Champions League semifinals last month. Others to watch are veterans Timothy Chandler at Eintracht Frankfurt and John Brooks over at Wolfsburg. With the European season underway, below are five Americans worth your attention.

Recently assigned the #10 jersey, Pulisic is looking to have another strong season following his first year in the Premier League. The 21-year-old is expected to start on the left flank in coach Frank Lampard’s star-studded 4-3-3 formation, potentially teaming up with newcomers Timo Werner and Kai Havertz in attack. Lampard has lots of depth, meaning Pulisic will need to stay on top of his game and consistently provide goals and assists if he wants to remain in the starting lineup. This team could take time to coalesce, so expect Pulisic to provide some stability.

Outlook: Chelsea finished 4th last season, qualifying for the Champions League. That means the pressure is on domestically and in Europe from the start. Prioritizing the schedule will become an issue sooner than later, something that proved complicated last season. After finishing 2nd to Valencia in Group H, Chelsea exited the Champions League 7-1 on aggregate in the knockout round to eventual champions Bayern Munich. Though the series ended up divided by the pandemic, Chelsea had already lost 3-0 at home in February. The club needs a big statement this season to show that they still belong among the elite.

The first American to ever sign with Juventus, McKennie makes the leap to a storied club this season. Juventus, now coached by former Italy and NYCFC midfielder Andrea Pirlo, will once again aim to win the league title, although they have loftier ambitions of finally recapturing the Champions League. McKennie is a box-to-box midfielder who can do plenty of gritty work and adapt well to the Italian game. At age 22, he's still young and can learn a lot from Pirlo in the dressing room and benefit immensely from playing alongside a midfielder like Aaron Ramsey and stars such as Cristiano Ronaldo.

Outlook: After winning Serie A by a point over Inter Milan, Juventus failed to advance in the Champions League last season exiting on away goals to Lyon in the round of 16. That cost coach Maurizio Sarri his job. McKennie is part of a quick rebuild under rookie coach Andrea Pirlo with plenty of pressure across the board.

Still without an appearance at senior National Team level, Reyna is an emerging star at Borussia Dortmund. He falls in line with players like Pulisic and England's Jadon Sancho, showing what they can do at the second biggest club in the Bundesliga. Reyna has already shown the skills to succeed in Germany. His attacking partnership with Norway’s Erling Haaland could take BVB to new heights. After the 17 year old made his Bundesliga debut this past January, Haaland nicknamed his teammate the “American dream.”

Outlook: Bayern Munich is now the reigning champion of Europe and hasn't lost since February. Dortmund finished 2nd with a 13-point gap between the two. Staying in the title race is key to this season, along with keeping Jadon Sancho. With Sancho, Haaland, and Reyna, they have one of the strongest and multi-faceted attacks in Europe.

Cannon’s recent move from FC Dallas to Boavista is another example of a young USMNT player choosing Europe. A Homegrown Player who joined Dallas in 2016, Cannon is trying to lockdown the right back spot for club and country. While the move to a mid-table club in Portugal isn’t as glamorous as the Premier League or Bundesliga, Cannon could use his time there to get even more visibility among European scouts.

Outlook: Few American fans gave any thought to Boavista before Cannon's deal became official. It's tough for the outsider clubs in the Primeira Liga, dominated by Porto, Benfica, and Sporting. Boavista finished 12th out of 18 clubs last season.

Harkes moved to Dundee United from DC United with the club in Scotland's second division. Scotland also didn't restart the 2019-20 season, with Dundee United winning promotion based on where they stood in the table. That means Premier League soccer for Harkes and the opportunity for the 25 year-old midfielder to show that he belongs at this level.

Outlook: Though there's little doubt that Dundee United would've won promotion had the season played out as expected, they still have more to prove. It's tough figuring out the level in the Scottish Premier League. Apart from the Old Firm and Celtic's recent dominance, every team plays knowing there's a gap in quality. Dundee United isn't playing for 3rd-place this season. They're simply trying to show that they can stay out of trouble.