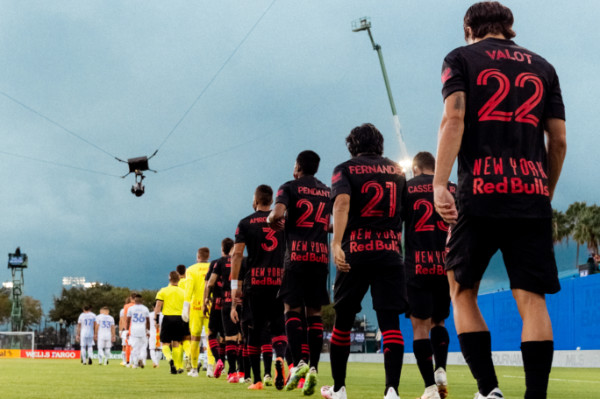 Friday’s soccer news starts with that favorite of MLS front office euphemisms, the “parting of the ways.” The New York Red Bulls announced on Friday that Chris Armas is no longer the coach of the club with assistant CJ Brown also leaving. New York isn’t immediately naming an interim with Armas out after taking the job in July of 2018.

“On behalf of the organization, I’d like to thank Chris for his hard work and dedication to the club,” Red Bulls head of sport Kevin Thelwell said in the press statement announcing the move. “In this business, we have to make difficult decisions based on performances and, fundamentally, results. At this time, it’s my decision that we must go in a different direction in order to meet the ambitions we have for our football club. We wish Chris and CJ all the best in their future endeavors. We will conduct a wide, thorough search for our next head coach.”

The Red Bulls become the second MLS team this season to make a coaching change since play resumed. Atlanta moved on from Frank de Boer immediately following its MLS is Back exit. New York is in 7th-place in the Eastern Conference, tied on points with 8th-place New England. It’s a tricky position to judge given the state of the table. Their old friends and temporary guests NYCFC is a point ahead in 6th-place but with 10 games played to the Red Bulls’ 8. 1st through 4th in the East have already played their ninth game. Should New York pick up those points, they’d be in 5th.

Armas’s last game in charge was a 1-0 loss to DC on Wednesday. Admittedly, the regional version of the restart has been an issue for New York. After beating NYCFC to resume the season, they’re on a three-game winless skid with a loss at Philadelphia and drawing at New England before the DC loss. Considering the unknowns of the rest of the season, how much this run of results matters is an open question. Red Bulls’ leadership partially closed it with their coaching decision, setting up an interesting home game with Philadelphia on Sunday.