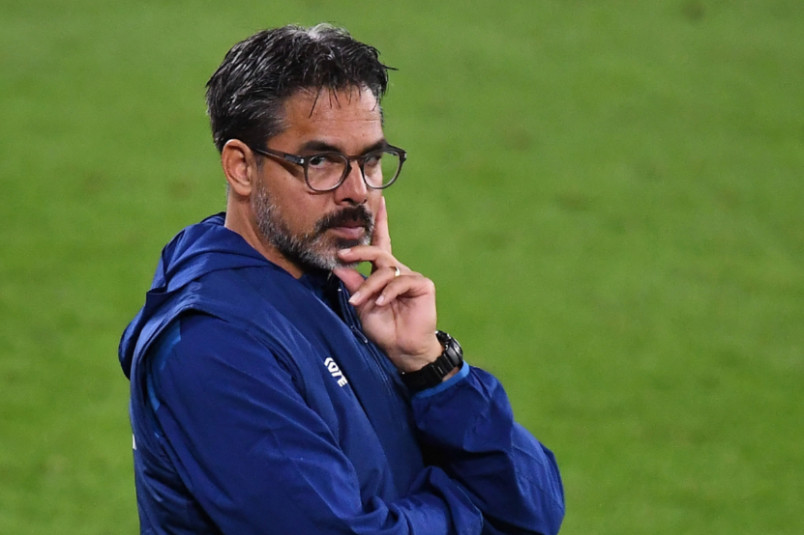 By J Hutcherson (Sep 29, 2020) US Soccer Players – Until Sunday, David Wagner was the American coaching at the highest level in Europe. Wagner’s run in charge of Schalke 04 ended with the club’s winless streak continuing into this season. Schalke last won a Bundesliga game on January 17, turning from a European contender into a club trying to stop a run of bad results that at times made no sense.

Wagner’s Schalke finished 12th last season, a somewhat unbelievable accomplishment considering that they lost 10 of their final 16 games. That points to how good they were over the opening 18 rounds, winning half of those games and losing three. In his first season in charge, he improved on their 14th-place finish in 2018-19. Schalke had made it to the round of 16 in the Champions League that season, throwing their Bundesliga record into sharp contrast.

Bringing in Wagner from Huddersfield Town was a step forward for both parties. Wagner’s resume speaks to future stardom while Schalke simply wanted to put together a team that could compete in all competitions. That looked possible over the opening months of the 2019-20 season. By the time the Bundesliga went on hiatus, there were looming questions about the scope of the project.

Schalke played six times in the Bundesliga in February, losing three and drawing three. They restarted with a draw before embarking on a four-game losing streak. Two more draws followed before a three-game losing run to end the season. With the Bundesliga the first to restart and the first to complete its season, Schalke’s management had time to consider their options. Loaning Weston McKennie to Juventus cost them a starter who could play multiple roles. Keeping Wagner spoke to an overall ambition that still matched with their head coach.

Two games into 2020-21 and Schalke is bottom of the table following an 8-0 loss at Bayern Munich and a 3-1 home loss to Werder Bremen. Considering Werder Bremen is coming off of a relegation playoff win to maintain its league status, that result had to resonate. What happened to Bayern over the weekend only made the situation worse.

In the Bundesliga in particular, it’s common knowledge that everyone else is playing for 2nd-place behind the European champions. That 8-0 loss to Bayern Munich only becomes a bigger issue if the champions start losing games. That happened at the next opportunity. Bayern’s 4-1 loss at Hoffenheim threw that 8-0 win over Schalke into sharper contrast.

“We had all hoped that we could improve on the pitch together with David Wagner. Unfortunately, we haven’t seen the right performances and results from the first two games of the season for this to happen,” Schalke head of sport Jochen Schneider said. “We have therefore decided to make a fresh start. Despite the disappointing results, this wasn’t an easy decision for us to make. I would like to thank David Wagner, (and assistant coaches) Christoph Buhler and Frank Frohling, who, up until their departure, have done everything they can to get Schalke back on track.”

Though Schalke’s issues were already on display in February, “improvement” is an interesting concept across soccer right now. Clubs went from pleading poverty and cutting wages during the hiatus to operating in the transfer window as if very little had changed. For all the talks of financial losses and looming issues for clubs down the leagues, the push has been towards a type of normal. Getting there is obviously tricky, but part of it is holding all involved to older expectations.

Schalke wants to be an elite Bundesliga club, a statement of purpose that’s not at all surprising. Except Schalke came close, putting together a run from the late 1990s until two seasons ago where they were close enough to the elite. From 1995-96 until that 14th-place finish in 2018-19, Schalke was only out of the top half of the table five times. They finished in the top four 11 times. Whatever ambitions the current management holds are justified. How they get there is an issue, with Schalke well known for not holding onto head coaches. Maybe Wagner got the start of another season trying to shake off that reputation, but it ultimately ended up trivial. Two more games to add to a winless streak probably won’t overly impact his resume. This is Schalke, after all.

Wagner’s next opportunity may not carry the same kind of pressure or trapdoor feeling. It might be a club that carries the kind of stability Schalke will now search for under new management. Regardless, Wagner took another step for American soccer coaches. The unfairness of some of the results that stacked up on his version of Schalke now only underlined what was clear throughout 2019-20. Wagner had a clear vision for how his team should operate in one of Europe’s top leagues. It worked well enough to suggest that he could accomplish significantly more in a better situation.