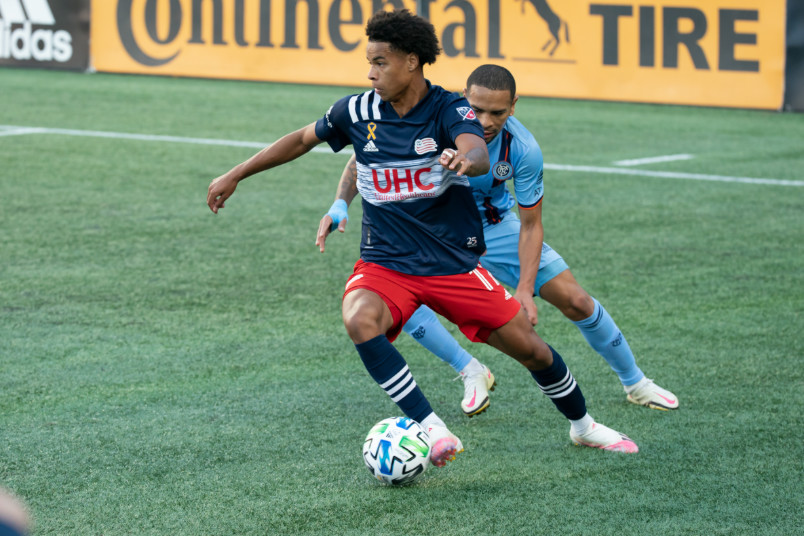 Monday's soccer news starts with another interesting weekend in Major League Soccer. Seattle shut out LAFC 3-0 at home on Friday night. Nicolas Lodeiro converted penalties in the 29th and 33rd minutes with Raul Ruidiaz finishing off the goals in the 82nd minute. Stefan Frei made two saves to keep the clean sheet.

On Saturday, FC Dallas beat Sporting Kansas City 2-0 on the road. Dallas took the lead through Franco Jara goals in the 42nd and 48 minutes. Johnny Russell answered for Sporting with goals in the 53rd and 83rd minutes. Ryan Hollingshead scored Dallas's winner in the 86th. Dallas went a man down in the 90th with a second yellow to Bryan Acosta for unsporting behavior.

"Obviously, that's a game that can go either way," New England coach Bruce Arena said. "Both teams had some chances. Obviously, we weren't able to capitalize on ours. We tried to push the game at the end and get a goal. I think we made one or two mistakes that resulted in some counterattacks for New York City FC as well. But I think, overall, this was a much improved performance for our team than I've seen over the last three weeks or so."

"I think in the moments that mattered we weren't good enough and unfortunately those moments came early in the game," Atlanta midfielder Jeff Larentoqicz said. "Again, their counterattack, their speed on the break was something we spoke about all week and it still bit us on thefirst goal. The second goal they were just sharper than us and there is really no excuse on that one."

Cincinnati shutout the Red Bulls 1-0 on the road. Haris Medunjanin scored in the 85th with Spencer Richey making two saves to keep the clean sheet.

DC United and Toronto drew 2-2 at Audi Field. Ola Kamara put DC up in the 5th. Toronto equalized through Alejandro Pozuelo in the 17th and went ahead through an Ayo Akinola goal in the 60th. Griffin Yow equalized for DC in the 88th.

Orlando beat Chicago 4-1 at home. Chris Mueller opened the scoring for Orlando in the 11th minute, assisting on Nani's goal in the 24th. Robert Beric converted a Chicago penalty in the 48th. Junior Urso made it 3-1 Orlando in the 78th with Benji Michel finishing off the goals five minutes into stoppage time.

Houston and Minnesota drew 2-2 at BBVA Stadium. Kevin Molino put United up in the 11th with Robin Lod doubling the lead a minute into first-half stoppage time. Darwin Quintero pulled a goal back for Houston in the 58th with Maynor Figueroa equalizing in the 69th. Minnesota's Jan Gregus saw red in the 88th for violent conduct.

"Overall, I think the team worked hard, created a lot of chances," Houston coach Tab Ramos said. "We were down 2-0 at half, but really, we should of been up. We created a lot of chances in the first half that really should of put us ahead in the game. It was kind of surprising to be down in a game in which, obviously the penalty was won, but we created many other chances to be ahead in the game. So, at halftime I felt there wasn't a lot to change. The guys kept going and you have to give them credit, they did a great job coming back. It is not easy."

Vancouver beat Real Salt Lake 2-1 on the road. David Milinkovic scored for the Whitecaps in the 53rd. Real Salt Lake went a man down in the 63rd when Kyle Beckerman picked up a second yellow for unsporting behavior. Justin Meram equalized in the 81st. Lucas Cavallini put Vancouver up for good in the 84th minute.

Portland had no issues with San Jose, winning 6-1 at Earthquakes Stadium. Diego Valeri converted a Timbers' penalty in the 25th with Jeremy Ebobisse doubling the lead in the 27th. San Jose pulled a goal back through Carlos Fierro in the 44th. Valeri scored again in the 57th with Yimmi Chara making it 4-1 in the 70th. Valeri assisted on Julio Cascante's goal in the 85th with Chara assisting on Jaroslaw Niezgoda's goal in the 87th minute.

On Sunday, Philadelphia came back to beat Montreal 4-1 at the Impact's temporary home at Red Bull Arena. Montreal took the lead in the 5th minute when Romell Quioto scored. Quioto saw red in the 16th for violent conduct. Alejandro Bedoya equalized for the Union in the 22nd with Kacper Przybylko putting Philadelphia up for good in first-half stoppage time. Przybylko scored again in the 47th with Anthony Fontana finishing off the goals in the 65th minute.

Moving to the soccer news, The Independent's Melissa Reddy explains what's missing from Chelsea after their home loss to Liverpool. The Guardian's Andy Brassell works through Bayern Munich's 8-0 win over Schalke. AP reports on the Krause Group taking over Parma in Serie A. Inside World Football's Paul Nicholson on what happened at FIFA's Congress.