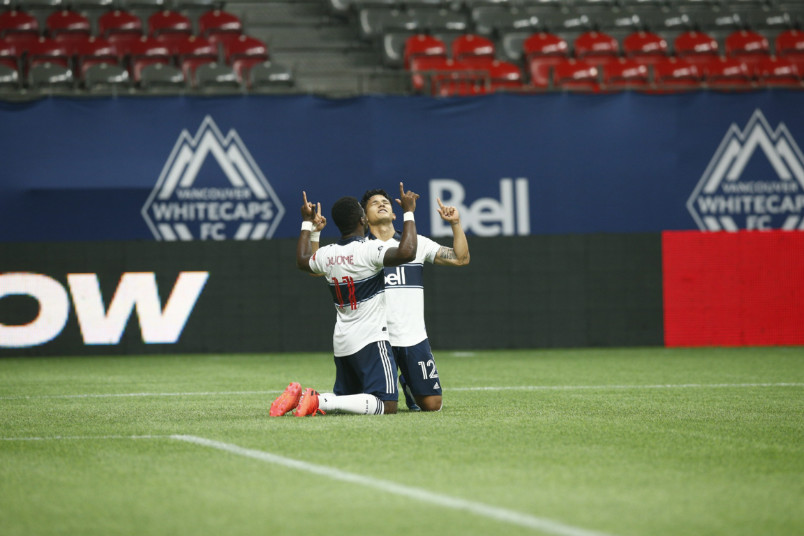 Thursday's soccer news starts with the MLS roundup. FC Dallas beat Colorado 4-1 at home. Santiago Mosquera opened the scoring in the 41st minute with Frano Jara doubling the lead in the 49th. Mosquera made it 3-0 in the 57th. Andre Shinyashiki pulled a goal back for Colorado in the 63rd, but it was Mosquera again finishing off his hat-trick in the 78th minute.

"That was a pretty disappointing result for us considering we felt like we had pretty good control early in the game," Rapids coach Robin Fraser said. "Couple of half chances, couple of decent chances. We're certainly not pleased to have that much control of a game and walk away with a 4-1 deficit."

San Jose and Portland split the points at Earthquakes Stadium, drawing 1-1. Yimmi Chara put the Timbers up in the 33rd minute with Valeri Qazaishvili equalizing in the 76th.

"I believe the players adapted well to our system tonight on the field," Earthquakes coach Matias Almeyda said. "I will say again, when you have time to train, you can practice in many areas of a game plan. But when you cannot train, you can't. The interpretation from the players has been really important, their concentration, and execution because most of the planning is done in drawing. They haven't really trained. But in these last two games, we really have had resistance, love for the game, and we have to keep going."

Vancouver beat Montreal 3-1 at home. The Impact played a man down after a 37th minute red card to Rudy Camacho for violent conduct. Fredy Montero converted a 41st minute Vancouver penalty and had the second assist on Cristian Dajome's goal in the 44th. Romell Quioto scored for Montreal in the 70th. Montero scored his second goal of the game in the 78th minute.

"Working together with the staff and the players on recognizing every day what needs to be better," Vancouver coach Marc dos Santos said in a response to a question about what is changing with the club. "It's a mix of everything. Then there were some players that have been answering very well in training."

"I was delighted with the two boys to be fair,” Fulham coach Scott Parker said. “Antonee Robinson was attack minded, same with Kenny Tete. Both were fantastic today and gave us a real purpose about us by attacking with speed and putting in good deliveries. The goal came from that, so overall I’m very pleased."

Aron Johannsson's Hammarby exited the second round of Europa League qualifying, losing 3-0 at home to Lech Poznan. Trailing from the 55th, Hammarby went a man down with a red card to Jeppe Andersen in the 63rd minute. Lech Poznan added goals in the 89th minute and stoppage time.

The Canadian Press's Neil Davidson with the Canadian MLS teams relocating to the US for the next stage of the schedule. Sport Business's Bob Williams with how ESPN is going to cover the Bundesliga this season after taking over the broadcast rights.

SI.com's Jonathan Wilson highlights the situation with Spurs and West Ham to make a point about early season pressure in the Premier League. The Athletic's Daniel Taylor and Dermot Corrigan look at Pep Guardiola staying longer with Manchester City than any of his previous stops. The Telegraph's Sam Wallace asks about Dele Alli's career path.