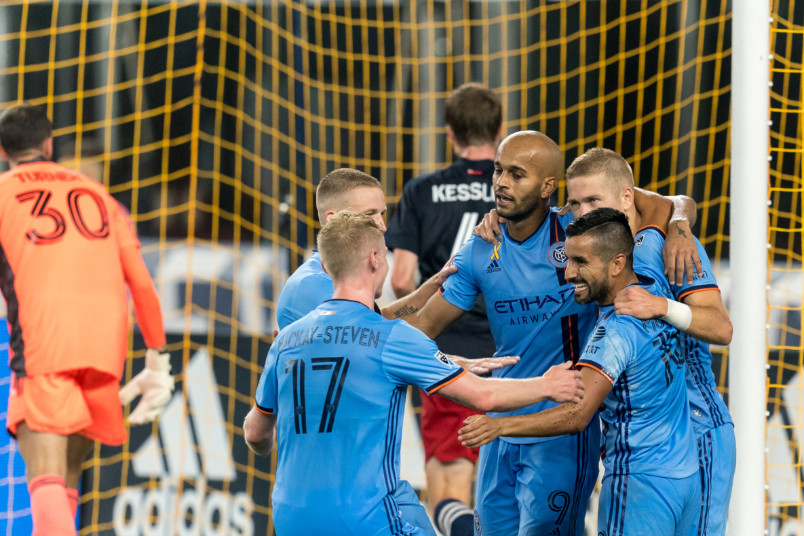 By Jason Davis – WASHINGTON, DC (Sep 4, 2020) US Soccer Players – A question about the 2020 MLS season: Does this season have a radar? As in, under it? We often talk about teams that don’t get much media attention but are slowly building towards becoming a contender as under the radar. The abnormal nature of this year makes it tough to know if such a radar even exists.

Pulling forward what we think we know, there are certainly teams “on the radar.” No matter how poorly LAFC might play over a short run, the defending Supporters’ Shield holders won’t ever be an afterthought. The same goes for Atlanta United, a club that simply spends too much and is too high profile to avoid attention good or bad.

“Under the radar” can only apply to clubs that entered 2020 with limited expectations and didn’t play well enough in the first “half” of the year to merit much attention. If the radar exists this season, if we’re watching the LAFC and Atlanta’s flit around the screen with the requisite “boop beep” sounds coloring the experience, the under the radar clubs are doing just enough to deserve some attention.

There aren’t many candidates. Clubs that were either afterthoughts or laughingstocks prior to 2020 have grown in prominence and are now garnering headlines. There’s Philadelphia, a club leveraging young talent and savvy veterans to challenge in the Eastern Conference. There’s Orlando, a club that has never made the MLS Cup playoffs that played itself to a final at MLS is Back in Orlando and looks legitimately good for the first time.

Living the under the radar life at any given moment also involves a balance between their place in the standings and form. A good run that pushes a team into a tier just below the conference’s top handful of clubs is exactly the place where under the radar teams lurk. All it takes is showing a splash or two of real potential.

Oddly enough, one of the league’s big market teams might fit this category. New York City Football Club didn’t wow anyone with its overall performance at MLS Is Back in Orlando, though the club did take apart Toronto FC in convincing fashion in the Round of 16. Because of a poor start to the season before the pandemic-created shutdown and a pair of losses in the group stage in Orlando, NYCFC is now below the Eastern Conference elite in 6th-place.

It’s not likely that the club remains under the radar for much longer. Whatever adjustment period new head coach Ronny Deila needed to understand his team and install his philosophy of play seems to have passed. Despite playing in someone else’s stadium on the New Jersey side of the Hudson River, NYCFC looks comfortable. The club has two wins at Red Bulls Arena, including a victory over the hated Red Bulls themselves. They extended the post-Orlando winning streak to three with a road victory over New England on Wednesday night.

The talent available to NYCFC has never been in question. However, no team goes through a head coaching transition without a hiccup or two. It’s a credit to Deila that he has his new team playing good soccer entered the meat of the revised regular season schedule considering the many stops and starts he’s dealt with along the way.

NYCFC finishing atop the conference last year doesn’t fit with the under-the-radar vibe, but several other clubs are stealing the spotlight in the East. Until the situation in the East changes, the big market team that lacks a famous soccer name is hovering below detection.

Out west, it’s another team with a first-year head coach that is performing the same trick. The Houston Dynamo just completed a pair of back-to-back wins over Sporting Kansas City and Minnesota, outscoring their opponents 8-2. Sporting started strong in 2020 and looked like a contender in the conference both before and after the gap in the season. Minnesota is a 2019 playoff team that charged to the semifinals at MLS is Back. Neither are pushovers. Houston beat Sporting on the road, no mean feat with guidelines that require the team to fly the day of the game.

Like Deila, it took Tab Ramos some time to figure out his team. Like Deila, the choppy nature of the season didn’t play to his benefit. Ramos arrived in Houston for his first professional head coaching job tasked with turning around a moribund team best known for playing occasionally successful counterattacking soccer.

Houston can still do that, but there’s another wrinkle to the club’s play now. They held the edge in possession in both of its recent wins. Houston doesn’t just sit deep and use speed to punish teams. It combines a more aggressive pressing approach with an ability to move its line of confrontation slightly deeper if-and-when necessary.

Houston’s two wins, its first two wins of the season, turned on a couple of key early goals created by the club’s stars. Against Sporting, Darwin Quintero spotted Alberth Elis at the back post for the opening goal, allowing Houston to play from a leading position. Against Minnesota, Quintero was again the talisman, this time scoring the goal himself in the 28th minute to give the Dynamo an early advantage.

Quintero’s ability to hold up over the course of the compact coming schedule might be of some concern. Ariel Lassiter, a former LA Galaxy homegrown product who spent time playing in Costa Rica, scored twice against the Loons to see out that win. Houston is even thriving without starting forward Mauro Manotas, a man typically responsible for much of the danger at the front of the Dynamo formation.

Most glaring about the new Dynamo is an attitude that pushes the team forward even when protecting a lead. That shift alone could help expand Houston’s margin-for-error and give the club a shot to improve its position.

It’s too early to know if Ramos can keep the good form rolling or if the Dynamo is truly a contender for a spot in the Western Conference. It doesn’t take much to charge up the standings in a league as tight as Major League Soccer. A playoff spot isn’t too difficult to secure either.

That’ the thing about playing under the radar, there are only two ways to go. Up into that part of the stratosphere where you’re no longer escaping attention, or down into the depth where you no longer matter. Neither NYCFC nor Houston figure to be lurking where they are for long. For the moment, under the radar is precisely where they are.