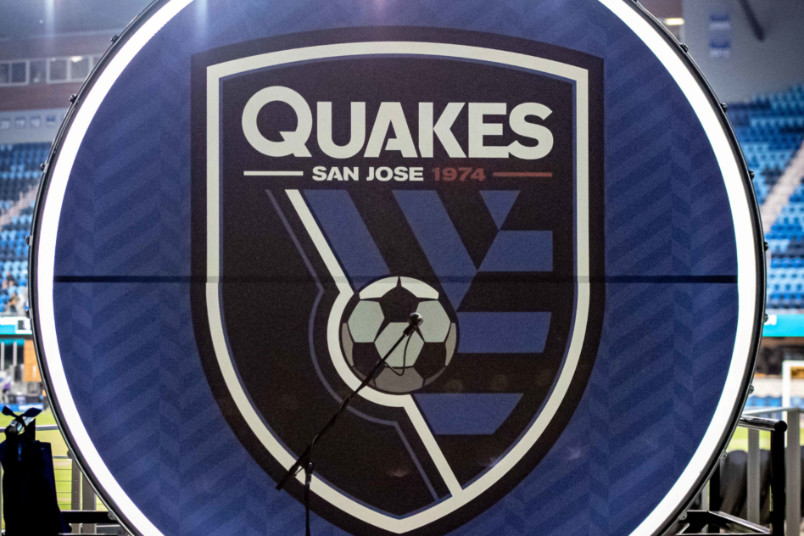 By Jason Davis – WASHINGTON, DC (Sep 23, 2020) US Soccer Players – When the San Jose Earthquakes secured the services of Argentine head coach Matias Almeyda in October of 2018, it surprised many in the soccer world. Following a stint in Mexico at the helm of Chivas, Almeyda looked to be in high demand. Despite his unconventional style and penchant for theatrics, Almeyda had carved out a niche as a bright, young coach with a solid future. Major League Soccer did not seem like the obvious destination for a man with so many presumed options, much less San Jose.

How the Quakes sold Almeyda on their project isn’t exactly clear. General manager Jesse Fioranelli arrived in MLS to take his first senior soccer executive position with big ideas befitting of San Jose’s location adjacent to Silicon Valley. After speaking about “disrupting” the league with a new approach, on the field, the Quakes did what we’ve come to expect.

If something changed in Northern California, it wasn’t immediately obvious what it was. Almeyda’s arrival, even at the time, looked like a move meant to paper over the cracks at a club showing little ambition to keep up in the new bigger spending MLS. Credit was due to the Quakes for maximizing its investment in the coaching position. However, nothing the club did following Almeyda’s appointment promised more than the usual San Jose struggle just to make the playoffs.

Almeyda is something of a zealot, a coach who believes in the sanctity of the team and in his chosen mode of play. That displays as an intense, man-marking system that forces every player to stay engaged at every moment. It only works if every player on the field is completely committed. The risk is high that the system could collapse if or when the players either lose interest or are unable to deal with the physical rigors.

Divining which one of those is responsible for San Jose losing 7-1 to the Sounders last week and 6-1 to the Timbers on Saturday may determine the future course of the Quakes. Once again, the club finds itself at the bottom of the standings, staring up at clubs with bigger budgets and clearer identities.

In San Jose, that identity starts with the coach. Almeyda recognizes the situation for what it is and doesn’t sound like a man ready to give up on the San Jose project.

“Today there is a big difference between the opponents we are playing and ourselves. Our team needs a different physical state, I know well what we have and how far we can go,” he told Radio Continental in Argentina, speaking in Spanish. “It’s there to see that we aren’t being competitive, we have a lot of youngsters, the project here is different.”

In each of his first three coaching jobs, Almeyda benefited from having the most expensive roster in the league. His move to San Jose almost seemed like an attempt to prove that his methods and tactics can win even without top talent. Even if Almeyda is intent on making it work despite the Quakes’ status as one of the thriftier teams in the league, he can’t want too much of a handicap.

Almeyda needs help. Bringing in more talent, with the club’s budget always a factor, falls to the front office. Embarrassing results aside, maybe the state of the club is more an overall issue than the responsibility of the head coach. Quakes fans looking for a scapegoat could certainly pick among several candidates. That includes San Jose investor/operator John Fisher. If there’s a clear commitment

If there’s a clear commitment to the current tactical setup, there’s also a price tag on getting the players to make it work. Like so many other MLS outfits, the Quakes face a key question. It’s not only how to compete year-to-year in a league where money increasingly dictates results. It’s how to create an identity that fans can rally around even when the club isn’t winning.

More than half of the teams in each conference will make the postseason. That’s letting clubs slow play difficult decisions in this ridiculous season. The days of “getting by” are quickly coming to a close as MLS engages more heavily with the international transfer market and its developmental efforts come to bear on the competition.

That distinctive style implemented by a passionate coach might present a different option. There’s no guarantee that it will work without being augmented with infusions of talent.

Almeyda indicated to Radio Continental that he intends to honor his contract in San Jose and turned down a chance to manage the Ecuadorian national team earlier this year. Whatever is wrong with the Quakes, Almeyda wants to fix it.

Without a sense of direction from leadership and perhaps without significant investment from ownership, the Quakes look destined to struggle. With a bit of luck and health over the course of a full season, San Jose might crack the playoff field. Once there, maybe Almeyda’s penchant for coaching up his team in a short tournament pays off, and the Quakes contend for a championship.

That’s about as low a bar as a club can set in the modern MLS. While middle-class clubs like the Philadelphia Union leverage a bit of academy investment and some European connections into a spot among the top teams in the Eastern Conference, organizations like San Jose look for a solution to season after season of disappointment.

Almeyda brings plenty to MLS with his personality and energy. His presence in San Jose is the one thing that helps an otherwise bland team stand out. Those things aren’t adding up to success. As long as the Quakes are playing poorly, as long as they are getting embarrassed by the leading lights of the Western Conference, questions will swirl about his job.