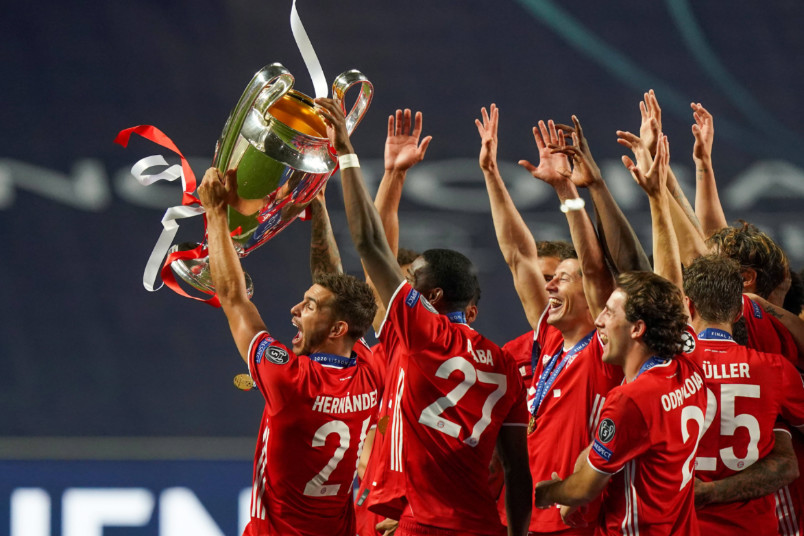 By J Hutcherson (Oct 20, 2020) US Soccer Players – Last week’s brief Project Big Picture debate lasted just long enough to remind everybody how generally annoying revamp ideas have gotten. There’s always someone or some group that knows that they can do things better. Then there’s the current stakeholders insisting on holding onto what they have. That’s been an ongoing them in European soccer since the 1990s, and not even a global pandemic is going to change things.

With that in mind, other than perhaps the quick timing, it’s not exactly shocking that a super league rumor is now making the rounds. Sky Sports is reporting plans for a super league centered around the same two clubs connected to Project Big Picture. According to that report, plot twist, this super league idea would replace the Champions League rather than the domestic leagues. FIFA would be the sanctioning body, doing away with any threat of a breakaway. As always, large amounts of money are also a factor. For those keeping score at home, FIFA has already issued a no comment and fan groups have already responded exactly like you’d think.

This probably wasn’t the best timing for another report in The Times that has UEFA reducing the prize money for the Champions League this season and over the following four. It may only be 4%, but that pushes against the idea that the lucrativeness of the top club competition in the world will only increase. We already knew that the pandemic has UEFA predicting sizable economic losses in the billions. That’s alongside the pressure already on the organization to once again revamp the Champions League.

It’s more important to focus on what UEFA has already done rather than what a revamp might look like. The guaranteed group stage spots for the top leagues and not cap-tying players for the entirety of the tournament fundamentally changed the scope of the competition. For those outside the biggest leagues, the group stage is now a shop window for their best players. The big clubs take their pick, with the smaller clubs no longer competitive even if they qualify for the knockout round. Red Bull Salzburg last season might as well be the case study for how this works in practice.

What that doesn’t build is competition across Europe in any meaningful sense. It’s already closed off in anything but theory to those outside the money leagues in Europe. Sure, Ajax may be able to afford to hold it together for one more season and make a run. They’re not going to win, and eventually, the pressure to sell will breakup the squad. That’s what the highest level of European club soccer has built, a decades long process that’s not likely to change.

It’s also no surprise that the rumored European Premier League seems to start from there. Elite clubs only, plenty of money and guaranteed games to go around. That’s what the biggest clubs turned brands in European soccer seem to want, so why not give it to them on an expedited schedule? It’s the kind of plan that tends to sell itself.

Assuming this latest rumor of change doesn’t run its course as quickly as Project Big Picture, we can assume UEFA’s standard response. They’re not going to stand by and watch their single biggest financial piece erode away. It’s not as if what we know about this European Premier League is so revolutionary that UEFA can’t incorporate it into the existing Champions League model. Since we already know how far European soccer’s governing body will go to appease the big clubs, that wouldn’t be a surprise move at all.

Once again, it’s those big clubs holding the most control. That situation has been in place since the era of the G-14 lobbying group back in the early 2000s. Nothing has fundamentally changed with how Europe’s elite eventually get some version of their way. There’s no perception that these organizations will be brought into line by the will of the whole of Europe’s clubs since we’ve already seen that not happen.

UEFA played its hand already as the governing body. They reserved too many group stage places for clubs from the biggest leagues. That made the qualifying rounds an absurd gauntlet for teams without the resources to squad build. Cap-tying players only for the group stage doubled down on that difference. If you can spend in Europe, you may be able to compete. If you can’t, even a Cinderella run through a Champions League group won’t keep you in contention once the January transfer window opens.

That more than anything is what UEFA continues to build. It shouldn’t come as a surprise that those same elite clubs still have no problem considering other options.