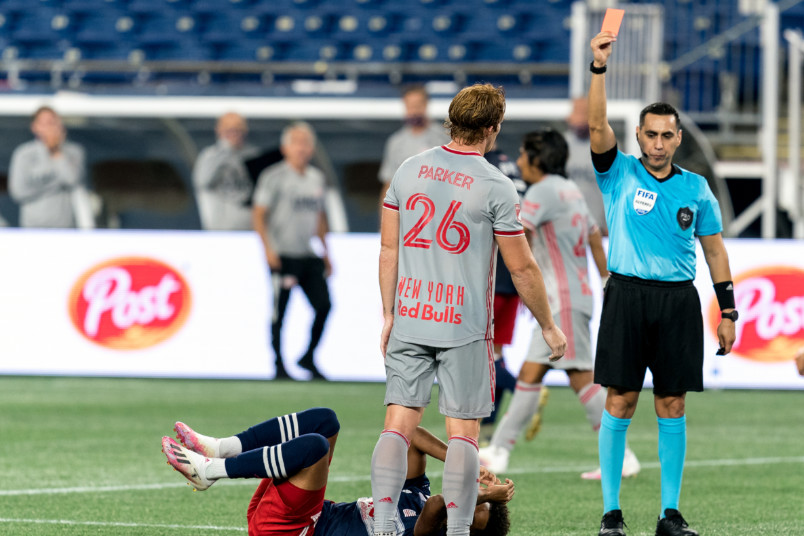 By Clemente Lisi – NEW YORK, NY (Oct 12, 2020) US Soccer Players – The MLS regular season is nearing its end. The top of the Eastern Conference has been a battle between the Columbus Crew and Toronto FC. Over in the Western Conference, Seattle and Portland are fighting for 1st-place, adding a new chapter to this decades old Northwest rivalry.

Eighteen teams will make the MLS playoffs in this pandemic-stricken season.. Only the top six in each conference qualify directly for the first round. That means teams like the Chicago Fire and San Jose Earthquakes, despite having losing records, could make the postseason.

Records aside, what is the best way to gauge how a team will do in the playoffs and ultimately contend for MLS Cup? It’s not winning the Supporters’ Shield or necessarily having a winning record. After all, teams that do well in the regular season very often fail to carry that momentum into the playoffs.

Tactics and the number of fouls a team commits can offer a window into what it takes to win a championship. Last season, for example, the top three teams who committed the most fouls during the regular season were New York City FC (467), followed by the Portland Timbers (459) and the New England Revolution (435). Meanwhile, Toronto committed the fewest with 330. Seattle committed the second-fewest fouls with 346.

How that matches up to the way teams did during the regular season is telling. NYCFC won the Eastern Conference, while the Revs finished seventh and also qualified for the playoffs. The Timbers finished sixth in the Western Conference, also making the postseason. Toronto and Seattle, meanwhile, finished fourth and second in their respective conferences. In the end, Seattle defeated Toronto 3-1 in the MLS Cup Final, a contest between the teams who had committed the fewest fouls.

The data of the last few years is clear. Less fouling often means success at the end of the season. Teams that commit more fouls, like NYCFC in 2019, fizz out. Regardless of the tactics a team employs, committing the fewest fouls is what’s needed to succeed in the playoffs. NYCFC again leads the league in fouling this season. That could be a prelude to what happens in the fall.

It’s also worth looking at the types of infractions teams commit and the phenomenon known as the tactical foul. Often employed by teams with inferior rosters and ones with defensive-minded coaches, the tactical foul is utilized when a player fouls another, most often in midfield, to break up play and take time off the clock.

MLS isn’t immune from tactical fouls, especially if it’s meant to break up a counterattack. These tactics very often make for a dreadful viewing experience and does little to further the game. It is a cynical approach to grabbing points, but can prove effective during a league schedule.

Last season, Seattle and Toronto also suffered from fouling, ranking sixth and 16th overall, respectively. That means that responding to fouling isn’t more fouling. Instead, Seattle (with a 4-3-3 formation) and Toronto (4-2-3-1) both liked to dominate possession and move the ball quickly. They both use the flanks, leaving opponents having to chase the ball throughout the match. It’s both entertaining and works against opponents that like to foul.

Atlanta United, who play a possession-based style, suffer as a result of fouling. Atlanta has been the most-fouled team so far this season, on the receiving end of 241 over 15 games. “It disrupts the flow of the team,” interim coach Stephen Glass told The Atlanta Journal-Constitution last month.

In response, Atlanta has tried to employ a faster game, with more passing that force opponents to chase the ball. In this case, teams like Atlanta also have to take advantage of free kicks since those dead ball situations can result in goals.

Referees got instructions about fouling going into this season. In an April 3 blog post on the Professional Referees Organization website, the group tasked with overseeing game officials in pro soccer leagues in the United States and Canada said: “There has been much discussion and analysis on the subject of tactical fouling.”

“Understanding of tactical trends and player or team behavior is also vital to ensure the correct decision is reached,” according to the post. “Officials look at scenarios such as: When a team loses the ball in the opponent’s half and, before the counterattack is even launched, commits a foul to stop play immediately.”

This past summer’s MLS is Back Tournament featured a good amount of counterattacking, not surprising given the reputation of a league where defending isn’t the tightest. The Colorado Rapids relied on such a tactic, but finished last in Group D with a 0-1-2 record. In the regular season, the Rapids are in 8th-place but haven’t played in two weeks due to positive coronavirus tests. They remain in a very good position to make the playoffs.

The Rapids have committed the fewest fouls in the league this season (135) and suffered 152, putting them 23rd in the league. By contrast, Colorado led MLS in red cards in 2019 with nine. So far this season, they have two and a reputation as a team with discipline issues. They’ve also complained about a high cards-per-foul ratio.

“Do I think we have a discipline problem? No,” Rapids coach Robin Fraser recently told The Denver Post. “I think this is an extremely hard-working team that feels like they were extremely hard done. And it’s a group who is resilient and they’ll come back, and they’ll keep working.”