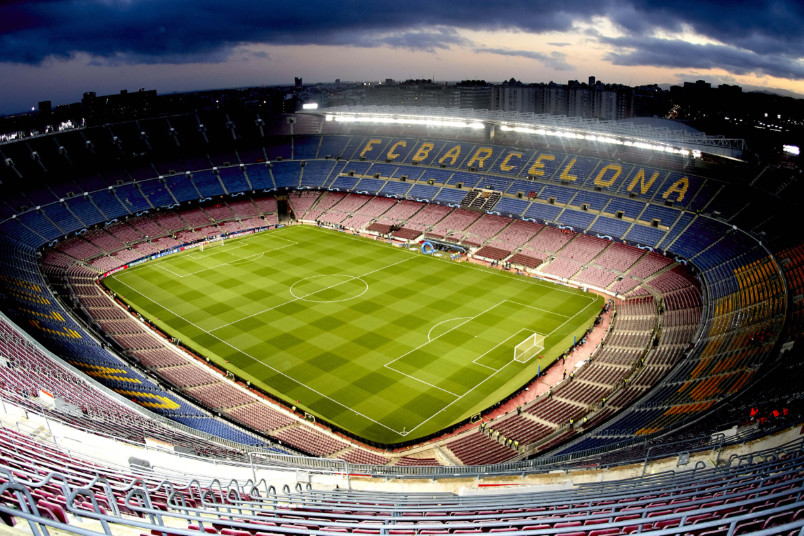 By Charles Boehm – WASHINGTON, DC (Oct 30, 2020) US Soccer Players – A stormy year at FC Barcelona got even more eventful this week. The Spanish giant’s unpopular president Josep Maria Bartomeu resigned Tuesday evening along with the club’s board of directors amid a string of on-field setbacks and skyrocketing debts.

Despite their team winning four La Liga championships, four Copa del Rey trophies, a UEFA Champions League title, and a Club World Cup during his nearly seven-year tenure, some of Barca’s supporters pushed for the move. Socios, as the 154,000-plus members of the club are known, had more than 20,000 signatures for a petition to call a no-confidence vote. Bartomeu elected to step aside instead.

Concerns have swirled about philosophy, spending, confounding roster-building, and most of all the future of Lionel Messi, a global icon left disgruntled by the drift of the past few seasons. Most readers are probably familiar with Barcelona’s “more than a club” motto. That’s a reflection of its deeply-woven place in local and regional culture and governance structures more democratic than most mega-clubs.

So some of Bartomeu’s harshest critics put that system to work. The change of leadership might keep Messi in their blaugrana colors, or it might not. It could be the start of a dramatic turnaround for what was once the world’s most successful club. Or just the doorway to more drama and dysfunction.

FC Barcelona has legions of admirers worldwide, including many soccer lovers here in the United States who crave such participatory elements in this country. In their eyes, what matters most is that the membership model offers some levers for collective action, and at least an aspiration to higher ideals.

As big and corporate as Barca has become, its roots provide grounding to the Catalan community and some sort of conscience on some minimal level. Members, who pay around $200 a year for that privilege, will vote on Bartomeu’s successor, a process that usually requires showing up in person at the Camp Nou stadium.

So what’s stopping fans of a similar mind from building such a thing here, one of the world’s cradles of democracy? One MLS team has let fans vote to retain its general manager, but that’s in a setup where the league itself owns 51% of all of its franchises. Those who’ve gotten involved with projects like lower-division clubs Detroit City and Chattanooga FC tend to say that the game’s governing body has made it almost impossible at the professional levels. US Soccer’s Professional League Standards require proving a certain level of wealth to operate a club, financial undergirding that almost inevitably comes from an individual benefactor or small group of them.

It’s not just soccer. Most of the North American major sports leagues effectively demand the same thing, making them a billionaire’s playground. The sole exception is the NFL’s Green Bay Packers, a community-owned organization grandfathered in to pass that league’s updated rules in the 1980s. While the rest of the NFL is limited in the number of owners per team and is mandated to have one primary owner/investor, no one person can control more than about 4% of the Packers. More than 300,000 people own at least a sliver. It’s maybe not a coincidence that Green Bay is by far the smallest market in the league in economic terms, yet inspires deep loyalty from its adoring fans.

Is American soccer missing something here? Is there a way this could work? It’s more than just a fan fantasy to get a disliked coach or executive fired. Even with the Federation’s Professional League Standards, turnover in the lower divisions remains. Promotion/relegation advocates will readily point to the lack of that system as a factor. There’s ample overlap with the segment of the soccer population that believes a Barcelona-type model could help shift the paradigm, too.

The Professional League Standards, its defenders might tell you, were created and cultivated to head off the financial instability that killed so many clubs, to keep fans and creditors alike from being left holding the bag. They would probably point out that there’s a reason our society has landed on its current corporate structuring of pro sports, perceived as more of a business and less of a community asset here.

It would also be fair to point what The Guardian’s Sid Lowe calls the “endless institutional crisis” at Barca. Pluralistic trappings do not prevent feuding, scheming, crass politics, and questionable management there. Presidential contenders often campaign on promises of signing specific players or coaches, as current candidate Victor Font is doing with a plan to bring back Xavi Hernandez and a range of names from the blaugrana’s glory days.

Then there’s the finances of the sport at that level. According to reports, the club is about half a billion dollars in debt. Economists have warned that FCB’s huge financing deal with Goldman Sachs could eventually lead to a loss of socio control over the club.

Barcelona’s appearance as a member-controlled club may quickly crash into the reality of modern sports business. The role of the president, in particular, would strike some American sports fans as trading a bombastic owner for the equivalent in an elected official. It’s a different route to the same outcome, with plenty of examples all over North American sports of fan bases pushing for owners to sell.

Right now, US Soccer sees its Professional League Standards as the most reasonable path to stability. It doesn’t mean that it is, or that any version of American soccer management stays in place for very long. That’s part of the challenge here in an environment that can unravel even the best of soccer-specific plans. It’s also worth the reminder that the group controlling those league standards is American soccer’s example of an elected democracy.