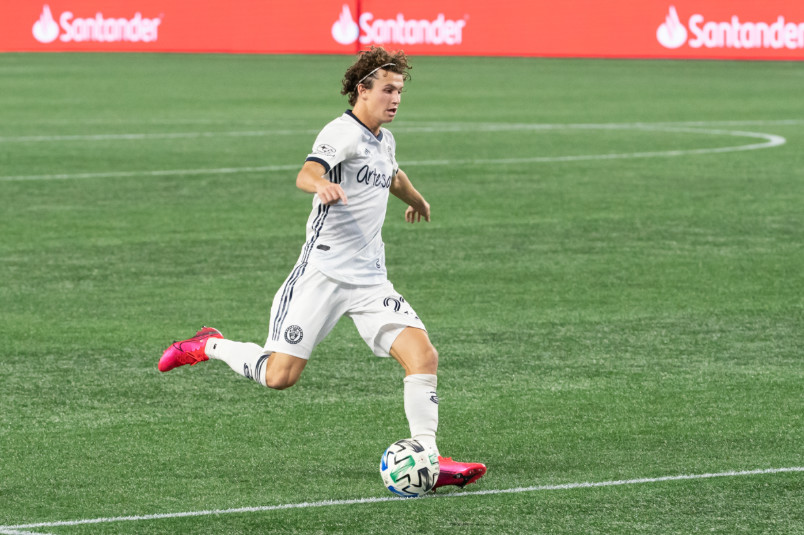 Friday’s soccer news starts with Philadelphia announcing a deal to transfer midfielder Brenden Aaronson to Red Bull Salzburg. It’s an interesting destination for a player not connected to the New York Red Bulls, and perhaps evidence of Red Bull management paying close attention across MLS. The transfer doesn’t happen until the January window, with Aaronson remaining a Union player through the end of the 2020 season.

That’s a result for Philadelphia, keeping someone who has proven crucial to their chances in this strange season. Aaronson has four goals in 20 appearances, with games played the more important number. He’s the type of player who involves others, already possessing the vision to make his team better. For the Union, that means sitting in 2nd-place in the Eastern Conference, two points behind Toronto.

“Before working towards a career overseas, my first goal was to play on the Philadelphia Union field,” Aaronson said in a press statement. “My family had tickets to the inaugural season, so I grew up watching the team from the very beginning and I remember hoping one day to be on that field scoring in front of the home crowd. I am so incredibly appreciative of all my coaches, my family, and the Philadelphia Union fans. Like I said, I was one of them once, and their support means everything to me.”

The Philadelphia Inquirer’s Jonathan Tannenwald reported details of the deal, with an initial transfer fee of $6m. That may or may not set the market for players like Aaronson, but it’s certainly something that should have other MLS teams paying attention.

It also raises what’s becoming an interesting question for Major League Soccer in general. Is this a selling league? Considering how active MLS quickly became in the transfer market, it’s tough to argue otherwise. In international soccer circles, that carries with it some things MLS may not be interested in shouldering. That’s especially true whenever a league executive mentions joining the world’s elite in the near future. Right now, nobody is going to confuse a selling league with how the major soccer leagues conduct business in every transfer window.

Also in the soccer news, reports have Concacaf attempting to complete the 2020 Champions League at a neutral site in December. Though there has yet to be an official announcement, it’s not at all unexpected that Concacaf would try to get the games in. Their attempt to finish the Nations League speaks to that. With the Champions League, MLS playing until December 12 and the unlikeliness of Concacaf using home venues are the two major constraints.

How important the 2020 Champions League depends on whether or not FIFA stages the 2020 Club World Cup. That’s still an open issue, with FIFA president Gianni Infantino saying last month it could go ahead in January, 2021. Infantino stressed the obvious that conducting the Club World Cup requires the confederations to finish their qualifying tournaments.