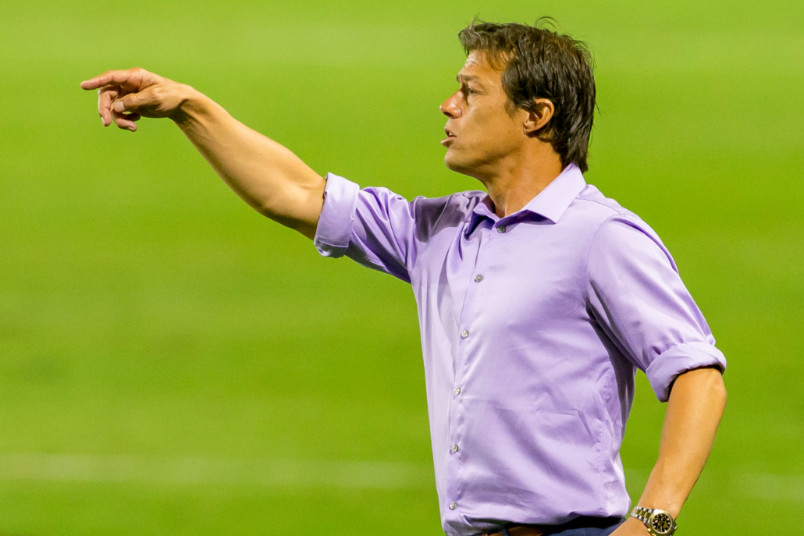 By Jason Davis – WASHINGTON, DC (Oct 23, 2020) US Soccer Players – Coaching a professional soccer club is an often put-upon profession. As a life, it’s the antithesis of stability for a variety of reasons, some of them out of any semblance of control. With that in mind, most would see a lot to like in a soccer league where the people in charge of the on-field product get plenty of chances.

In an interview earlier this week with ESPN, former Mexico national team head coach Javier Aguirre appears to be one of them. Aguirre spoke specifically about how San Jose Earthquakes coach Matias Almeyda kept his job despite a run of frankly embarrassing results. “I see potential, room to grow, develop, progress. I see seriousness, respect for projects and that kind of organization I like,” Aguirre told ESPN.

Aside from the possibility that Almeyda’s position in San Jose may be an outlier, Aguirre is correct that MLS is generally more accommodating to struggling coaches than most leagues. It’s certainly more accommodating than Mexico’s Liga MX. There, coaches are little more than temps, hired with the expectation that they’ll be gone at the first sign of trouble.

Case in point, so far this season five Liga MX head coaches have gotten the boot. A combination of factors, many of which file easily under the heading of “culture,” contribute to an environment that means coaches are always just a few games away from the ranks of the unemployed.

This speaks to a fundamental problem with the high-stakes attitude regarding the coach’s role in Mexico. Without some guarantee that the ax won’t fall following a blip in form, coaches are unable to look very far down the road. Building for the future is a luxury they don’t get in Mexico. It’s worth asking if the country’s brand of club soccer suffers for it.

San Jose’s decision to stay committed to Almeyda after his team shipped goals in near-record numbers could be a reflection of their belief in his program. It could also be a bit more complicated than that.

The first of those is the Quakes’ appetite for eating Almeyda’s remaining contract if they dismissed the Argentine coach. San Jose doesn’t exactly have a reputation for spending. It wouldn’t be crazy to imagine the club simply didn’t want to pay out Almeyda the remainder of his contract.

The second is the difference in format between Mexico’s top league and MLS. That’s no small thing when we’re discussing the leeway MLS coaches get.

MLS remains a competition where a short burst of good form can push a club into a playoff spot. With that comes the chance to play for a championship. There’s normally plenty of time to fix what ails a team just enough to get into the postseason. MLS makes it easy with more than half the teams getting a shot to play in the tournament. For years, just making the playoffs allowed a club to claim a modicum of success and justify sticking with a coach who did little more than tread water.

Mexico’s split-season format, with a playoff tournament at the end of each 17-game season, adds significant pressure for coaches trying to win a trophy. With so few games, even a short run of bad results can mean the difference between making the playoffs and missing out.

Owners in Mexico are more directly connected to the results on the field even for clubs with corporate overlords. With all due respect to MLS support, the fan bases are also usually more intense. MLS has only a smattering of investor/operators who care enough to take the fortunes of their soccer clubs that personally. While fans in the US and Canada are passionate, their numbers can’t match those of Mexico’s. What from the outside might appear as a more forgiving environment born of a greater respect for coaches might not be a function of that at all.

Whatever the factors at play in the differences between MLS and Liga MX as a working environment for coaches, it’s worth pondering if Aguirre’s assessment that MLS is better for developing a program is correct. What might have looked like a weakness, a tendency to accept mediocrity, might be a strength.

Of course, MLS isn’t a monolith, despite the single-entity structure of the league. Each club operates independently when it comes to coaching hires and the launch of new “projects,” with not all approaches being equal. For every team that hires a coach with a clear, long term vision, there are three who balance expectations and ambition against its budget and recruitment power.

Some clubs can justify giving a coach a long runway if they haven’t had much success before his arrival. It’s easier to sell fans on the long play when there’s no recent winning as a point of comparison. MLS is home to more than a few of those clubs. It’s them Aguirre means when he talks about the league as a whole. “Respect of projects” is not universal.

MLS will probably always have a few jobs that involve lower pressure, longer leashes, and the ability to develop a “project.” It’s debatable if those benefit the league, or if it’s only the slightly more comfortable coaches who reap the benefits. After 25 years of low expectations driving a decided lack of accountability, MLS needs to grow up and hold its head coaches to a higher standard.

That might mean less freedom to play untested players. Or, a more conservative approach from coaches if there’s any question of getting pink-slipped. It would also be a guard against complacency and improve the value of the regular season. A league that lets coaches off the hook when their teams are embarrassed is not a league that anyone, even coaches hoping for a break, should take seriously.