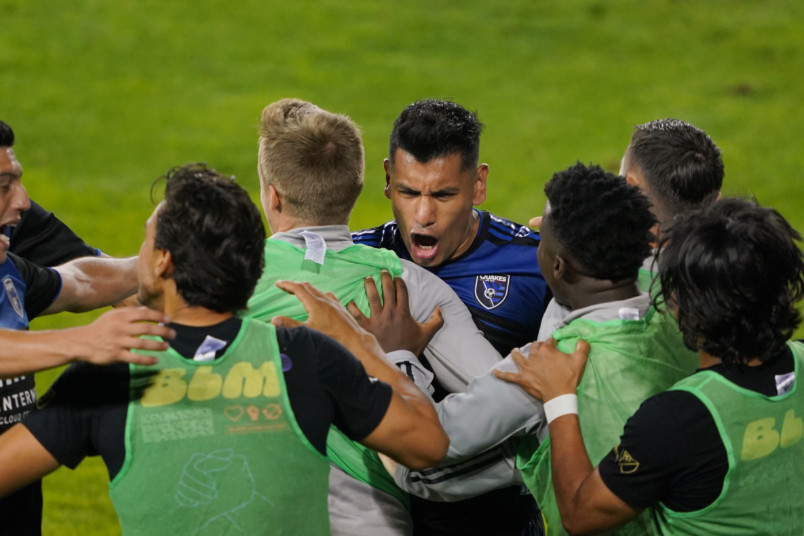 Wednesday’s soccer news starts with another packed matchday in Major League Soccer. A dozen games are on the schedule, highlighted by Toronto vs Red Bulls in the East and the Galaxy hosting San Jose in the West. Will any of these games provide the kind of clarity we might expect as the league closes in on the playoffs? Probably not, with the schedule now growing more unbalanced in both conferences.

Toronto is already in the playoffs with a three-point lead at the top of the Eastern Conference. Former Eastern Conference leaders Columbus is now six-points back in 3rd-place with a game in hand to Toronto and 2nd-place Philadelphia. Things changed in phase two, with Toronto now arguably the most dominant club in the league.

After back-to-back losses to the Florida teams, the Red Bulls shutout Atlanta 1-0 on the road. While Atlanta had a strong argument for that game ending scoreless, it’s a revival of sorts for New York. It was only a couple of weeks ago when they won back-to-back games 4-1. The Red Bulls are in 7th-place, two points behind the Revolution for the final automatic playoff spot. Getting anything out of a meeting with Toronto would show that the Eastern Conference is still in play up and down the table.

“It’s certainly helped us,” Toronto coach Greg Vanney said when asked about his club’s depth. “We do have some solid depth. There’s some guys I think are going to be important as we get towards the tail end.”

Seattle isn’t playing on Wednesday, giving Portland the opportunity to break the tie at the top of the Eastern Conference. Should Portland get anything against Real Salt Lake, they’ll hold the top spot with 18 games played to Seattle’s 17. We’re looking lower down the table.

The LA Galaxy plays San Jose with both teams trying to show that things can change. For the Galaxy, it’s moving up from the bottom of the conference. There’s a three-point difference between LA and RSL, with the three teams in front of the Galaxy already playing two more games. The Galaxy may be bad, but they might not be that bad. It’s up to San Jose to figure that out in the late game on Wednesday.

Sitting in 7th-place a point above Colorado and Houston, the Earthquakes are trying to set aside those multi-goal losses from a few weeks ago. Instead, they’re finally the team that can control enough of a game to get a result. That started with wins over both LA teams and continued with a 3-0 shutout of Vancouver last Wednesday. They lost by that score at Portland, but there’s no shame in dropping points to a contender home or away.

Where San Jose is going to show that things really have changed is against the clubs in the lower half of the table. That continues against the Galaxy before Sunday’s home game with Seattle. San Jose is on a points budget here. They know which games on the schedule are realistically winnable. They also know what happens when their style of soccer turns against them.

In a follow-up to yesterday’s soccer news, The Times’ Martyn Ziegler reports that Premier League clubs have already voted against Project Big Picture. The NY Times’ Rory Smith looks at what is and isn’t allowed in England, like fans at non-league games but not at professional level. The Independent’s Miguel Delaney on English soccer asking the government why they’re the exception with live audiences allowed for other events. SI.com’s Jonathan Wilson considers the issues with playing international games during the pandemic. Yahoo Sports’ Doug McIntyre also asks about internationals after Cristiano Ronaldo tested positive for the coronavirus. Reuters’ Elvira Pollina and Elisa Anzolin report on Serie A potentially looking to private equity to get more return from their broadcast rights.

The Athletic’s Jeff Rueter on the plans for a new MLS reserve league. ESPN’s Tom Marshall with what Mexico learned over their two friendlies in Europe.