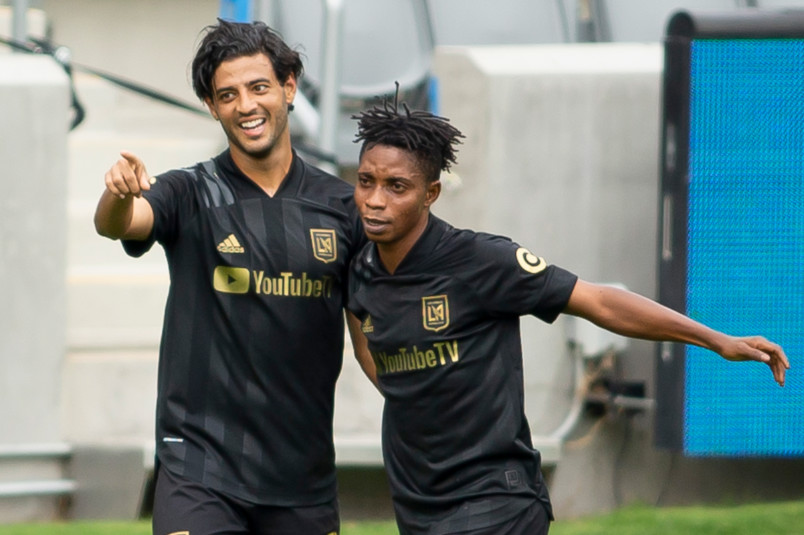 By Jason Davis – WASHINGTON, DC (Oct 28, 2020) US Soccer Players – Former Arsenal manager Arsene Wenger is famous for many things. He led the Gunners to the last undefeated season by a Premier League champion back in 2001, an incredible achievement that no other club may match. The aesthetically pleasing, attacking style of play he established at the London club set a standard for world soccer before Lionel Messi’s Barcelona came along to raise the bar. Wenger’s end at Arsenal wasn’t a glorious one, but there’s no denying his impact. He’s rightfully recognized as a titan of the game.

He’s also famous for something much less consequential. During the last decade or so of his time with Arsenal, when the club lacked the will or means to spend many in the winter transfer window to reinforce its squad, Wenger took to calling players returning from injury in the second half of the campaign “like a new signing.” Though Wenger took his fair share of criticism for that, there was some truth in his words. The re-introduction of a talented player can feel like adding a new signing.

Neither Bob Bradley of LAFC nor Ronny Deila of NYCFC has used the phrase “like a new signing” to describe the return of their most productive attacking players, but it wouldn’t be all that strange if they did.

Carlos Vela returned for LAFC on Sunday as a substitute in the club’s 2-0 win over the LA Galaxy. His late goal sealed LAFC’s victory and put an emphatic exclamation point on his first game in many weeks. While LAFC played some good soccer at various points during his recovery from injury, there’s no doubt the team is better with him on the field.

Vela’s goal was exactly the type of thing you’d expect from the league’s reigning MVP. It was a confidently taken finish with his left foot following a team move that found him in open space on the right side of the attack. The goal is a warning for the rest of the Western Conference.

Despite Vela’s return, few would rate LAFC as one of the division’s leading contenders at the moment. There are too many questions following a surreal season that brought last season’s Supporters’ Shield winners back to earth. LAFC’s third campaign in MLS has had a run of difficult periods. Not all of them connected to Vela’s long term injury.

Regardless, Vela’s arrival just as the regular seasons hits the final run of matches will change the landscape of the West. Seattle and Portland have been battling for the conference’s top spot for more of the season, leading to the widely held opinion that the quest for an MLS Cup berth would run through Cascadia.

Last Thursday’s draw between the Sounders and Timbers revealed again just how narrow the margin between those clubs is, if one exists at all. Portland has shown a knack under Giovanni Savarese for beating the Sounders, though Seattle’s recent history in the playoffs speaks to the many reasons they should be favored to navigate the playoff gauntlet. In a season when fans won’t be a significant factor in single-elimination playoff games, it’s anyone’s guess if the higher-seeded team will have an advantage in the postseason.

None of the above is meant as a slight to Sporting Kansas City, also currently in the chase for the top spot in the West going into the final few games of the season. The book on Sporting isn’t quite as complete, but Peter Vermes’s team is certain to be a factor.

Even with three teams ahead of it in the standings, LAFC is primed to make a run when the playoffs arrive. LAFC head coach Bob Bradley suggested on Tuesday that he would manage Vela’s minutes carefully during the regular season. That essentially rules out a return to the starting lineup in the near term. The reigning MVP will be a “super-sub” in the remaining few games.

LAFC, good enough to win without him, thrives with Vela in the attacking trio. Diego Rossi benefits from the attention Vela receives via more space for his runs up the left side of the LAFC formation. Vela will get goals, but his impact goes well behind his counting statistics.

The same is true for NYCFC’s most important attacking player, Maxi Moralez. The Argentine midfielder didn’t miss as much action as Vela, but his return may push his club to a different level. He was massive in a 3-1 win for the New Yorkers over Montreal on Saturday, his first game back on the field since September 12. NYCFC fielded a makeshift lineup thanks to injuries (Heber), a yellow card suspension (Valentin Castellanos), and a positive COVID-19 test (presumed to be the missing Ismael Tajouri-Shradi) and could have easily dropped points against a team further down the table.

Instead, Moralez took control of the game playing as a false nine. Despite occupying the spot highest in the NYCFC formation because of the club’s lack of forward options, Moralez managed to drop into his more comfortable space and orchestrate with his typical panache. Moralez’s understanding of how to use the ball and the area in front of him is among the best in MLS. That makes NYCFC is a shadow of their best selves without him.

NYCFC might not be the threat we expected them to be this season. That’s due to the start-stop nature of the campaign under a first-year coach and the absence of Heber up top. They’re still a factor in the Eastern Conference playoffs.

Philadelphia proved itself to be the league’s best team in a 5-0 romp over Toronto on Saturday. Despite the loss, Toronto is still a step ahead of everyone but the Union. Behind that pair sits a group of clubs that we can most accurately call “dangerous, but imperfect.” NYCFC is among them.

Moralez’s return just a few games before the end of the regular season gives his team some time to not only improve its place in the table but learn how to thrive with Moralez in the lineup again. The favorites are clear. The end of the regular season is unlikely to bring much change to that select group. Still, a couple of the dark horses just got better when it matters most.