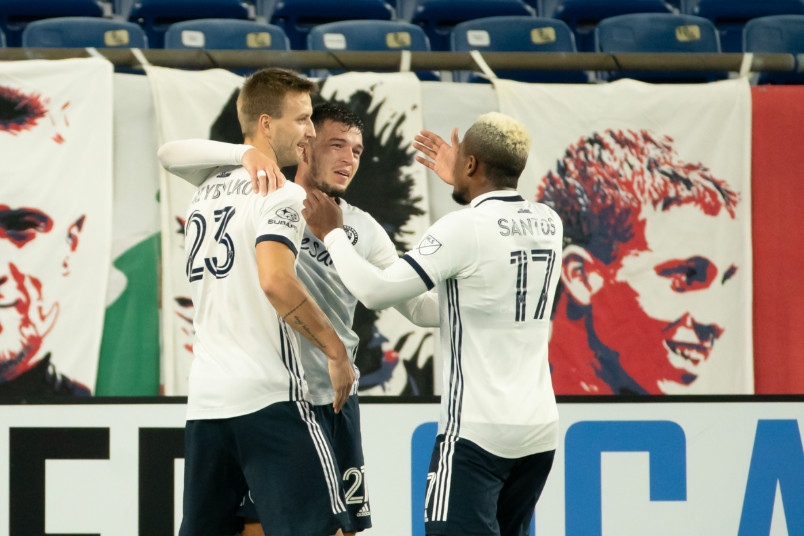 Tuesday's soccer news starts with Philadelphia winning 2-1 at New England. An own-goal put the Union up in the 34th minute with Anthony Fontana doubling the lead in the 69th. Tajon Buchanan pulled a goal back for the Revolution in the 80th minute. The result has Philadelphia in 2nd-place, three points behind Toronto and four points ahead of Columbus. Toronto and Philadelphia have played 19 games with Columbus and 4th-place Orlando on 18.

"I think they defend well," New England coach Bruce Arena said of the Union. "I think defensively they’re good, and they have an outstanding goalkeeper. I think that’s what has made them successful is really, I think, their defending. Other people would say it’s their attacking play because I think they’ve probably been pretty good in the attacking end of the field as well. But I think the difference maker for them is their defending."

It's a strong point about more than a few of the clubs finding success this season. More often than not, the lopsided scorelines across the league are due as much to teams shipping goals as to teams scoring them. San Jose might be the primary offender, but they're not the only team that occasionally plays themselves further out of a game with defensive lapses.

Buchanan's goal came from just otuside the box on an angle that made it unlikely any goalkeeper was going to get to it. "I think they kind of hit a wall at the end," he said. "We were pressing, pushing, and playing well for a lot of the game and it was just a matter of time before they started breaking down. Once they started dropping off a little bit when they had the lead, the ball was going to be in our favor a lot more. We just were a little unlucky on our chances.”

That included an offside call on what would've been another Buchanan goal and the realization that there's not much separating these types of teams. New England is in 5th-place, four points behind Orlando and atop a group of three teams separated by three points. What that says about the Eastern Conference is open for debate, but higher seeds exiting at the earliest opportunity in the playoffs won't be surprising.

Moving to the European scores, Jonathan Amon had the only goal in FC Nordsjaelland's 1-0 home win over Randers. Amon subbed on in the 65th and scored in the 85th minute. Reggie Cannon's Boavista lost 1-0 at home to Guimaraes. Marcus Edwards scored in the 19th minute. Boavista finished with two shots on goal to Guimaraes's one. Mix Diskerud's Helsingborg drew 0-0 at home with BK Hacken.

The Atlanta Journal-Constitution's Doug Roberson looks at the odd situation for Atlanta United trying to make the playoffs. The Athletic's Pablo Maurer and Sam Stejskal work through the political contributions of MLS investor/operators. Inside World Football's Paul Nicholson on UEFA reducing prize money for its club competitions.