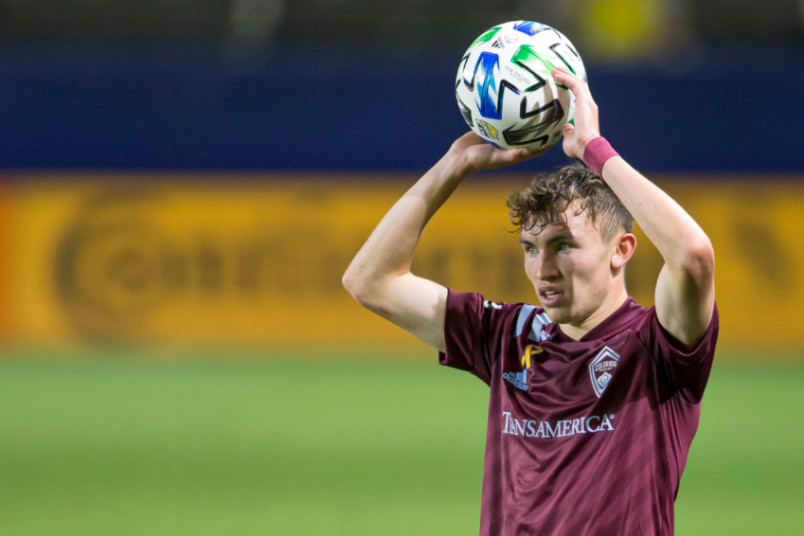 By Clemente Lisi – NEW YORK, NY (Oct 26, 2020) US Soccer Players – This MLS season has been anything but normal. What has remained constant, however, is the excitement MLS can generate once summer turns to fall. Great goals, close games, and teams jockeying for playoff position are what this time of year is all about. One of the biggest storylines of this season, once again, is the league’s ability to develop an abundance of young players.

While some teams have been better at this than others, MLS as a whole has done a very good job nurturing teenagers who often go on to do great things. After all, the whole point of MLS when it began 25 years ago was to establish a national pro league with an eye towards creating a talent pipeline that would help the US become more competitive at the World Cup. The league has largely done that since 1996 with some clubs making it almost foundational. FC Dallas is almost synonymous with player development in MLS. The New York Red Bulls have also been very good at developing players.

One of the highlights so far this season includes four players between the ages of 16 and 17 who were able to score their first MLS goals. No surprise that an FC Dallas player made the list. Ricardo Pepi, at 17 years and 58 days, scored his first goal back in March. Three others, Cade Cowell of San Jose, Caden Clark of the Red Bulls, and Christian Torres of LAFC all joined the club. Torres’s goal two weeks ago made him the fifth-youngest player in league history to score a goal at just age 16 and 168 days.

This new youth movement serves as a way to highlight how the Colorado Rapids are banking on youth to rebuild and become competitive in years to come. Like other MLS teams, the Rapids ability to develop players can be described as a pyramid. At the bottom is development academy. Above that is the USL team and at the pinnacle the first team. That’s how players are nurtured and able to climb up.

For example, striker Darren Yapi, who is just 15, is poised to make the jump to the first team as early as next season. Yapi, a striker who spent time with the Rapids during preseason and the US Under-17 team, has been a part of the development academy over the past four years. He signed a USL Academy contract with Colorado Springs Switchbacks FC in July, joining Vladimiar Walent, a 17-year-old defender who has been in the Rapids youth pipeline since 2017.

“Darren is an excellent young athlete that has been training with us for the last few weeks,” Switchbacks coach Alan Koch said of the Yapi signing. “He improves every day and is looking more and more comfortable in the professional environment. It is not every day that a 15-year-old is able to make a seamless transition into our training and we look forward to seeing his attacking skills on display soon.”

Four other Rapids prospects, Alejandro Padilla, Logan Dorsey, Donovan Roux, and Andrew Cordes, are currently on the Switchbacks roster. These teenage phenoms highlight the Rapids’ ability to develop players. While the Rapids are not the type of market that gets lots of attention, player development should help make them competitive in the coming years. The Rapids have not been competitive in a decade, when they lifted MLS Cup in 2010. The Rapids, however, need to avoid the temptation of having too many of these players sign with a European club before having a chance to make an impact in MLS.

Two Rapids players, midfielder Cole Bassett (ranked 7th) and defender Sam Vines (13th) made the recent MLS 22 under 22 list. Bassett, who is 19 and has been a part of the US Under-20 squad, has recorded four goals and four assists in nine games so far this season. He has also trained with Arsenal, SC Freiburg, and Hoffenheim.

“I think Cole can be a National Team player and can certainly play at a high level in Europe,” Rapids GM Padraig Smith told MLSsoccer.com. “When you have a midfielder with the type of engine he has, the intelligence he has and the ability to contribute goals, that’s a potent combination. If he continues to do that in a consistent manner, it’ll take him right to the top.”

At the same time, Vines, a left back, is also a Rapids Development Academy player getting more notice as well. In February, Vines earned his first USMNT cap after starting in a friendly against Costa Rica. The 21-year-old has played every minute of every game for his club this season.

Budding stars aren’t limited to field players. Just 18, goalkeeper Abraham Rodriguez has had a standout season with USL club Colorado Springs. He’s another example that the team’s youth system has been capable of producing players at various positions. Rodriguez signed a Homegrown Player contract earlier this year and some see him as the eventual starter for the senior squad.

With four to five games in hand due to losing part of their schedule to coronavirus positives, the Rapids still have an opportunity this season. Their 4-0 defeat to Sporting Kansas City this past Saturday raises questions on whether or not they can take advantage of it. Currently in 11th-place in the West, they’re five points out of the playoff picture.

Regardless of how the rest of this season plays out, Colorado’s youth movement could very well pay off sooner than later. A club built around maturing players could find themselves in playoff contention next season. Obviously, this means holding onto players as they show they can contribute. These things don’t always work out, but that’s part of the risk vs reward of player development.