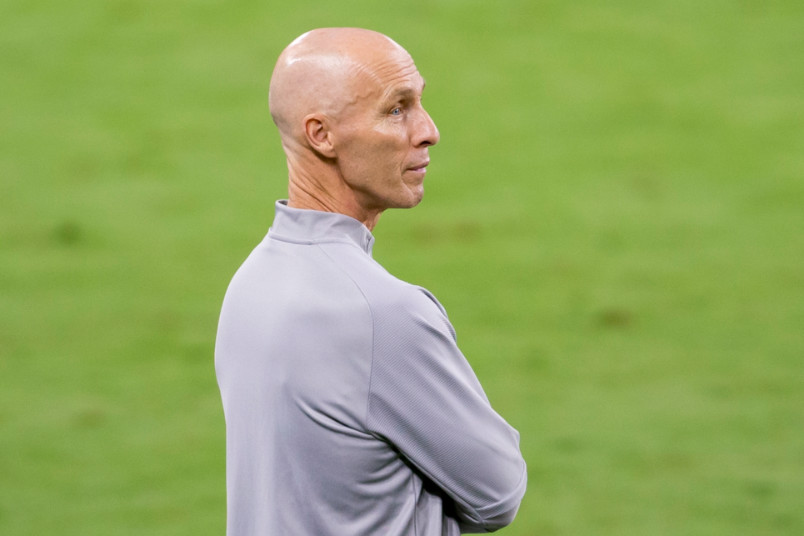 By Jason Davis – WASHINGTON, DC (Oct 7, 2020) US Soccer Players – Rarely does a FIFA international competition window come at a good time for Major League Soccer. If there’s been one constant in the league’s 25 seasons, it’s the awkwardness of its relationship with FIFA’s calendar.

Ostensibly, MLS loves the international game and the positive impact it has on the league’s reputation. When players join their national teams for games, friendlies, and qualifiers, MLS does not hesitate to celebrate the news. The more internationals MLS collects, especially from elite nations, the better it is for claiming that the quality of the competition is constantly improving.

The reality is something else. That’s because MLS regularly plays through international windows. In the early days, the impact was significant but not devastating. The league navigated the windows, a club here or there suffered briefly, and everyone went on about their business. As time passed, the number of clubs in general, and those impacted increased. Eventually, it turned into a serious problem. For the most part, Major League Soccer’s response was to keep playing.

While it’s worth asking if MLS should be playing games at all right now, it’s fair to point out that the league has no choice but to play through this October FIFA window. Getting enough games in to make this season legitimate means using all of the remaining calendar ahead of the altered playoff season.

The pandemic creates an extra complication that exacerbates the effect of the break on MLS competition. Instead of missing a few games while away on international duty, those players called in for national team games might be gone for a month or more. Quarantine requirements for individuals returning to the United States will put players out of action.

Ahead of the window, several MLS clubs with the backing of the league office tried to draw a line in the sand over the release of players during the pandemic. The results were decidedly mixed.

It’s fair to say that FIFA didn’t help the situation. Initially, FIFA indicated that the normal call-up rules would remain in place. That gives clubs no choice but to comply. Given the reality of the situation, FIFA eventually modified its guidelines. The governing body carved out exceptions for friendlies (no release required) and the length of the required quarantine when a player returned. If that period was longer than five days as mandated by a government, release was not compulsory.

Some clubs executed their option to hold players back. DC United, a club in desperate straits sitting at the bottom of the league’s combined standings, will not lose any of the four players (Edison Flores, Junior Moreno, Yordy Reyna, and Erik Sorga) called up by their respective national teams.

NYCFC also declined to release a trio of players but did allow Alexandru Mitrita to head off to play for Romania. The attacker may soon be leaving the club on loan due to a variety of factors. Keeping key players away from the travel, games, and quarantine demanded by a call up will help both NYCFC and DC United through the final month of the altered regular season.

LAFC is not so lucky. Or, looking at it a different way, LAFC is thinking long term and accepting the difficulty international call ups from its roster will have on the season.

The Supporters Shield holders will lose two-thirds of its forward line. Both Brian Rodriguez and Golden Boot leader Diego Rossi will join Uruguay for CONMEBOL World Cup qualifiers. A pair of Ecuadorian internationals will also leave LAFC, with Diego Palacios and Jose Cifuentes on their way to try to help La Tri get back to the World Cup.

There’s no indication that LAFC fought to keep its cadre of South American internationals. During a media call on Tuesday, head coach Bob Bradley pointed to a desire to do right by the players. That’s something that will strengthen LAFC’s status as a destination for some of the top talents coming out of South America.

“As a club we’ve always tried to push them further in their careers. I believe that’s one of the reasons why guys will want to play for this club,” Bradley told reporters on Tuesday.

It’s not a bad strategy if it doesn’t submarine a season. For the foreseeable future, LAFC will be relying on a host of untested bench players and Bradley Wright-Phillips to score goals. The break could not come at a worse time, with LAFC recently showing signs that its 2019 swagger might be back.

For all of Bradley’s sanguine feelings about the release of four key players, he’s not thrilled that MLS is playing through the break. No slack was given by the LAFC boss, even amid a season altered by the pandemic.

“My first thought is I don’t know why the league is playing during this international break,” he said. “Around the world, clubs have to find a way to support national team situations.”

Bradley said he expects his players back on October 25, in time for a match against the LA Galaxy. That means the quartet will miss at least four games, barring any travel or quarantine complications, in a season that has just eight left on the schedule.

You could argue that an MLS with more depth would be better able to handle the absence of internationals. The league has made progress in that area in recent years. As MLS improves, even squad players may be good enough to make their national team rosters, especially as the number of nations represented within MLS grows.

Uruguay and Paraguay, both countries that called up MLS players for this window, are a step below the elites of South America. Still, it doesn’t seem impossible that Argentina, Colombia, and even Brazil might have internationals based in MLS in the not-too-distant future.

The best leagues in the world observe the FIFA breaks because ignoring them would be ridiculous. Too many of the players who play in the top leagues are automatic call-ups for their national teams. For now, MLS doesn’t need to worry about that, no matter Bradley’s lamentations.

We are in the middle of a pandemic, after all. If MLS is going to get through the remainder of a slapdash regular season and a playoff tournament before Christmas, the games must go on.

MLS needs to take the breaks seriously. None of this seems fair to LAFC or any club forced to release players for longer than would be typical without the shadow of COVID-19. Then again, taking the international break seriously can probably wait until next year.